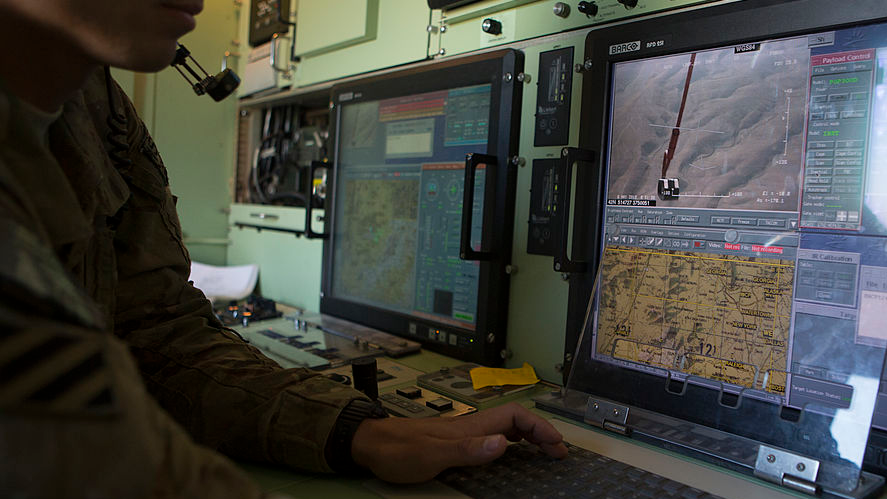 A U.S. army soldier monitors an Army 14' Shadow surveillance drone from a control room after it's launched at Forward Operating Base Shank, in Logar Province, Afghanistan, May 8, 2013. /Getty

A U.S. army soldier monitors an Army 14' Shadow surveillance drone from a control room after it's launched at Forward Operating Base Shank, in Logar Province, Afghanistan, May 8, 2013. /Getty

It is now an established fact that the U.S.-led war in Afghanistan was a massive strategic blunder which has brought nothing but destitution, insecurity and a crippling economy for the average Afghan citizen. That being said, the Pentagon has now acknowledged that the drone strike on August 29 aimed at the Islamic State, was a tragic mistake as it killed 10 civilians including seven children. This admission reaffirms the fact that America's drone legacy is brazenly toxic with civilian lives constituting collateral damage in counter terrorism operations. This is simply unpardonable in Afghanistan and beyond.

The death of Zemari Ahmadi who was a driver and longtime worker for an American aid group, is a stark reminder that Afghan civilians have continued to bear the brunt of gross miscalculations within their own territories given that Ahmadi had nothing to do with ISIS. As per General Kenneth F. Mckenzie Jr. the Commander of the U.S. Central Command, the strike against Ahmadi was carried out based on a "profound belief" and not absolute certainty that a correct target would be struck, which was later corroborated by a New York Times investigation.

U.S. history is replete with such controversial tactics, as this attack is eerily similar to previous gross miscalculations of terrorist targets in countries such as Pakistan and Yemen over the years, where a spike in civilian casualties has resulted in pervasive anti-American sentiment taking hold. It also contributed towards, the unmitigated potency of terrorist organizations.

The divisive drone legacy of the U.S. in Afghanistan, is however linked to broader failures constituting the entire modus operandi of the war on terror. Assessments from America's own think tanks such as the Center for Strategic and International Studies (CSIS) document how unmanned combat aerial vehicles (UCAVs) were solely responsible for civilian deaths in Afghanistan, Iraq and Pakistan despite the ratio to militant casualties being considerably smaller. 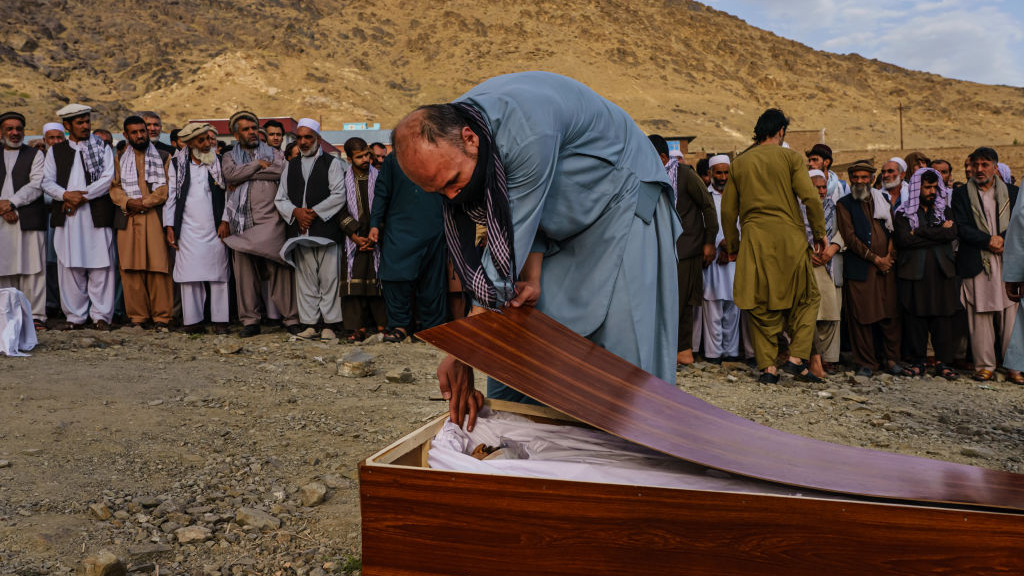 A man bids a respectful farewell to Zemari Ahmadi in his casket during a mass funeral for members of a family killed in a U.S. drone strike, in Kabul, Afghanistan, August 30, 2021. /Getty

A man bids a respectful farewell to Zemari Ahmadi in his casket during a mass funeral for members of a family killed in a U.S. drone strike, in Kabul, Afghanistan, August 30, 2021. /Getty

Furthermore, given that drone strikes are not regulated by international law, the grave humanitarian consequences of miscalculating targets being pursued can result in greater civilian deaths which bodes ill for Afghanistan's future. Ironically, the standard parlance from respective administrations was to justify humanitarian intervention as an American imperative, but collateral damage such as the attack on Ahmadi demonstrates that this is clearly not the case.

Currently in 2021, with the Taliban government at the helm of policy making in Kabul, the continuation of gross miscalculations based on flawed intelligence assessments resulting in civilian deaths could spur the Taliban to adopt a more aggressive posture against Washington D.C. which is not conducive to peace in the region. This is particularly relevant with regional forums such as the Shanghai Cooperation Organization striving towards achieving everlasting peace in Afghanistan.

The problem however, is a lack of historical and contemporary acknowledgement of the crimes committed. It took top Pentagon and Department of Defense officials more than three weeks to acknowledge wrongdoing on August 29. Military officials earlier justified that the strikes were based on the premise of thwarting a perceived second, impending powerful explosion. An examination conducted by the Times visual investigations team revealed that there was no evidence of any secondary explosion.

Based on fact and retrospective analysis alone, it is clear that the U.S. policy of employing drone strikes has resulted in innocent Afghan deaths which constitute war crimes and violate the territorial integrity of the sovereign state at the receiving end. Note that the Afghan Taliban (unlike other regional governments) did not authorize the use of drones against specific targets after the withdrawal which also bypasses bilateral coordination as a prerequisite for the controversial practice to take place if at all.

While the Pentagon has pressed for reparations to the family of Ahmadi, thousands of civilians have borne the legacy of drone strikes as part of the war on terror legacy. The truth is that terrorism is alive in the region; discontent is prevalent in local populations from Somalia to Yemen and to Libya, various countries have been in a state of chaos. Killing innocent civilians has also contributed to the problem.

The Pentagon's acknowledgement further underlines the toxic drone strike legacy in Afghanistan for which the death of Zemari Ahmadi serves as an important reminder. Such legacies cannot be washed away with simple reparations as they are crimes against humanity.