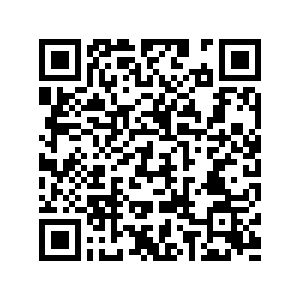 Chinese President Xi Jinping addresses the 21st meeting of the Council of Heads of State of the Shanghai Cooperation Organization (SCO) via video link in Beijing, China, September 17, 2021. /Xinhua

Chinese President Xi Jinping addresses the 21st meeting of the Council of Heads of State of the Shanghai Cooperation Organization (SCO) via video link in Beijing, China, September 17, 2021. /Xinhua

Editor's note: Yuan Sha is an assistant research fellow in the Department for American Studies, the China Institute of International Studies. The article reflects the author's opinions and not necessarily the views of CGTN.

Chinese President Xi Jinping on Friday delivered important remarks at the 21st Meeting of the Council of Heads of State of the Shanghai Cooperation Organization (SCO) via video link, where he took stock of the achievements of the organization in the last 20 years and laid his vision for its future. His speech gives insight into what the SCO is and what it's not.

What the SCO is

The SCO is an organization for countries in Central Asia and the immediate region. Since its establishment 20 years ago, the organization has made remarkable achievements and acquired growing prominence. It is time to evaluate what the SCO is and what it aims to do.

President Xi answered the questions succinctly, stressing that the SCO explored a new ground both theoretically and practically, with a goal of building a new type of international relations and a community of shared future for mankind.

In fact, cooperation under anarchy is an age-old conundrum in international relations. For Central Asia, it is especially the case. For geopolitical and historical reasons, the region has been afflicted with political instability, religious strife and ethnic conflict, and often suffered invasion and intervention by outside forces. Thus, effective security cooperation is a top priority for regional countries.

The founding of the SCO is an endeavor in this direction. In order to foster cooperation, the SCO is coalesced around the "Shanghai Spirit" that features equality, mutual trust, mutual benefit, consultation, and respect for diversity of civilizations.

What the SCO isn't

From the above, we can see that the SCO is clearly aimed at building a new type of regional security organization, which differs from the outdated models. President Xi made this vision poignant by making veiled rebukes to the Western-centric practices.

He stressed that the SCO is based on "partnership and dialogue rather than alliance or confrontation." This philosophy underlying China's foreign policy has proven to be a new route to break out of the security dilemma which is seen as inevitable in Western international relations theories.

He also rejected "condescending lecturing" by outsiders and firmly supported countries in exploring development paths and governance models that are compatible with their national conditions.

By quoting the Chinese saying "Power may win for the time being, but justice will prevail for the long run," he criticized the "position of strength" proposed by the U.S. as a way of pushing hegemony and bullying around the world.

Besides, President Xi reiterated the SCO's commitment to practicing "true multilateralism" and opposed using the so-called "rules" to undermine the international order and cause confrontation and division. Instead he urged for the abidance of the United Nations Charter and adherence to the principle of "consultation, joint contribution and shared benefit." 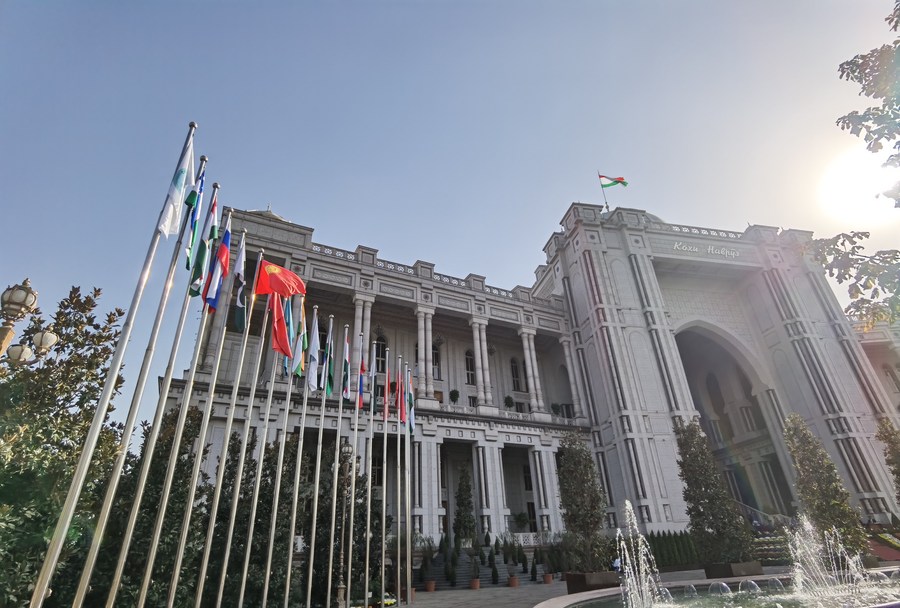 Nauruz Palace, the venue of the SCO summit in Dushanbe, capital of the Republic of Tajikistan, September 16, 2021. /Xinhua

Nauruz Palace, the venue of the SCO summit in Dushanbe, capital of the Republic of Tajikistan, September 16, 2021. /Xinhua

Looking into the future, President Xi put forward five-point recommendations for the development of the SCO, including enhancing solidarity and cooperation, upholding common security, promoting openness and integration, boosting interactions and mutual learning, and upholding equity and justice.

He also extended congratulations to the "growing SCO family" with the prospect of admitting new members into the organization. The new developments proved the role of the organization as a useful and inclusive platform for regional stakeholders to cooperate on issues of common concern.

President Xi also touched on the Afghan issue, which has garnered the most attention at the SCO summit this year. He called for the SCO members to step up coordination and facilitate a smooth transition in Afghanistan.

He further elaborated on his vision for addressing the Afghan issue when addressing the joint meeting of the SCO and the Collective Security Treaty Organization (CSTO) on Afghanistan. It is the first time that the two organizations held a joint meeting on a specific theme, which demonstrated the importance and urgency of the Afghan issue and also the alignment of ideas and goals of the two regional organizations.

At the meeting, he underlined China's respect for the sovereignty, independence and territorial integrity of Afghanistan, and assistance for the country in its peace process. He also urged for a "soft landing" of the Afghanistan situation.

As President Xi concluded in his remarks, with Iran joining the SCO as the new member state, and Saudi Arabia, Egypt and Qatar as new dialogue partners, the organization will play a more significant role in global development, and serve as a defender of the international order and peace.