Download
State of emergency in Del Rio as 10,000 migrants shelter under bridge
CGTN 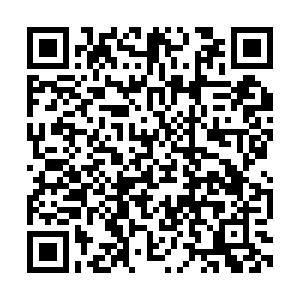 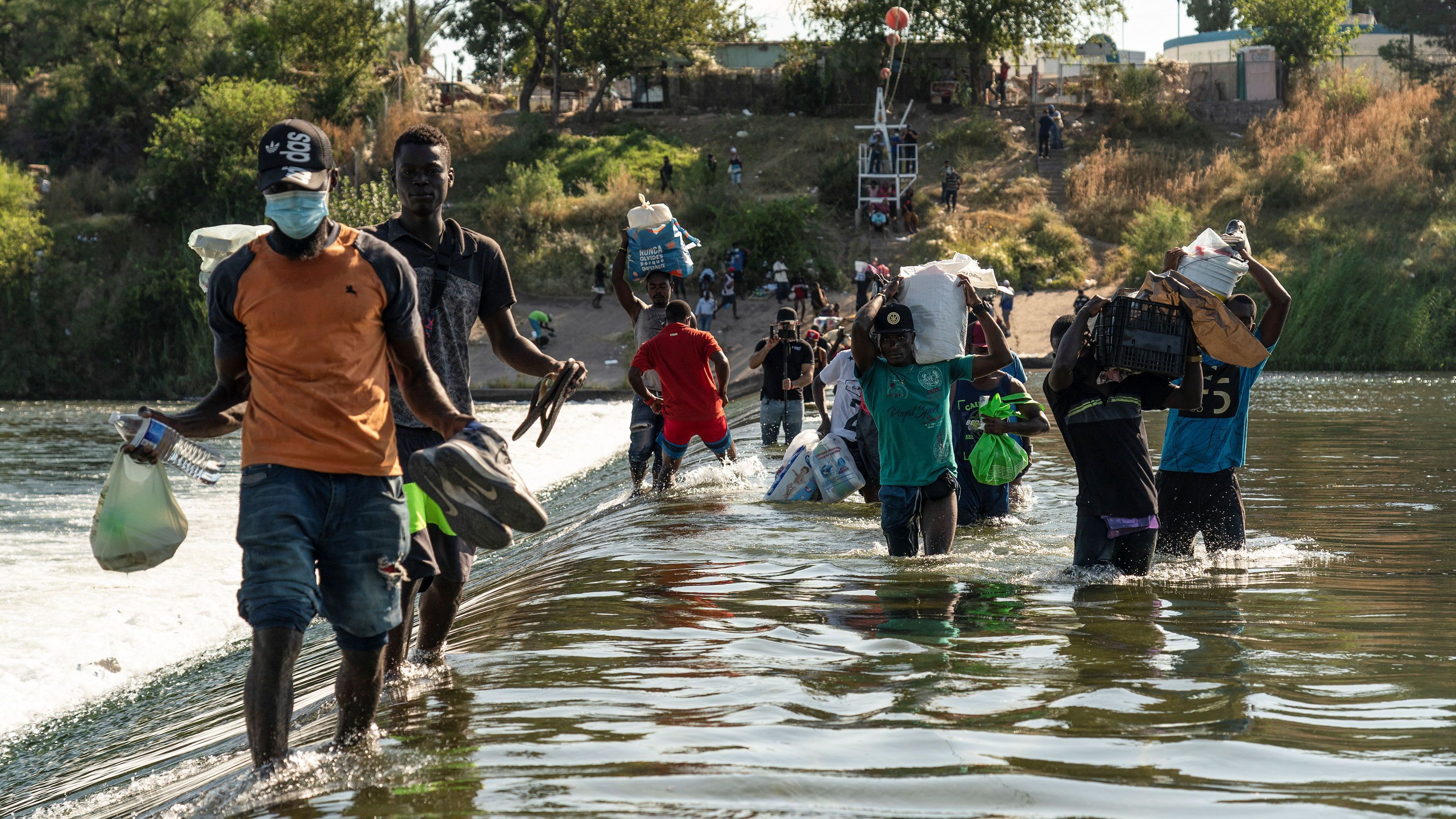 Migrants seeking asylum in the U.S. walk in the Rio Grande river near the international bridge between Mexico and the U.S., in Ciudad Acuna, Mexico, September 17, 2021. /Reuters

Migrants seeking asylum in the U.S. walk in the Rio Grande river near the international bridge between Mexico and the U.S., in Ciudad Acuna, Mexico, September 17, 2021. /Reuters

The mayor of Del Rio in the U.S. state of Texas declared a state of emergency Friday as up to 12,000 undocumented migrants, many of them Haitians, streamed across the border from Mexico.

Del Rio Mayor Bruno Lozano said the migrants were crowded under the Del Rio International Bridge, which links Ciudad Acuna in Mexico with the Texan city across the Rio Grande river.

Video footage showed thousands, both adults and families, under and around the flyover.

Many were Haitians hoping to stay in the United States as their country suffers after a large earthquake and continuing political turmoil, Lozano said.

They were also joined by Cubans, Venezuelans and Nicaraguans, many of whom had made long and harrowing journeys to Mexico through Central and South America.

A few had pitched small tents, while many others slept under light blankets.

Lozano put the number of migrants under the bridge at 10,503 late Thursday but hundreds continued to flow into Del Rio Friday. By the afternoon, a Mexican official said they were around 12,000.

And officials on both sides of the U.S.-Mexico border said more were expected to arrive.

Lozano's emergency declaration said the influx was taking a toll on Del Rio's resources, especially amid a pandemic. The declaration allows the city to request federal financial aid and it also called on the state to deploy law enforcement officials to help.

On Thursday, the U.S. Border Patrol already said it was increasing staffing in Del Rio and providing drinking water, towels and portable toilets.

Media reports had noted hundreds of migrants wading through the knee-high Rio Grande back into Mexico to stock up on essentials, as they said they were not receiving them on the American side. 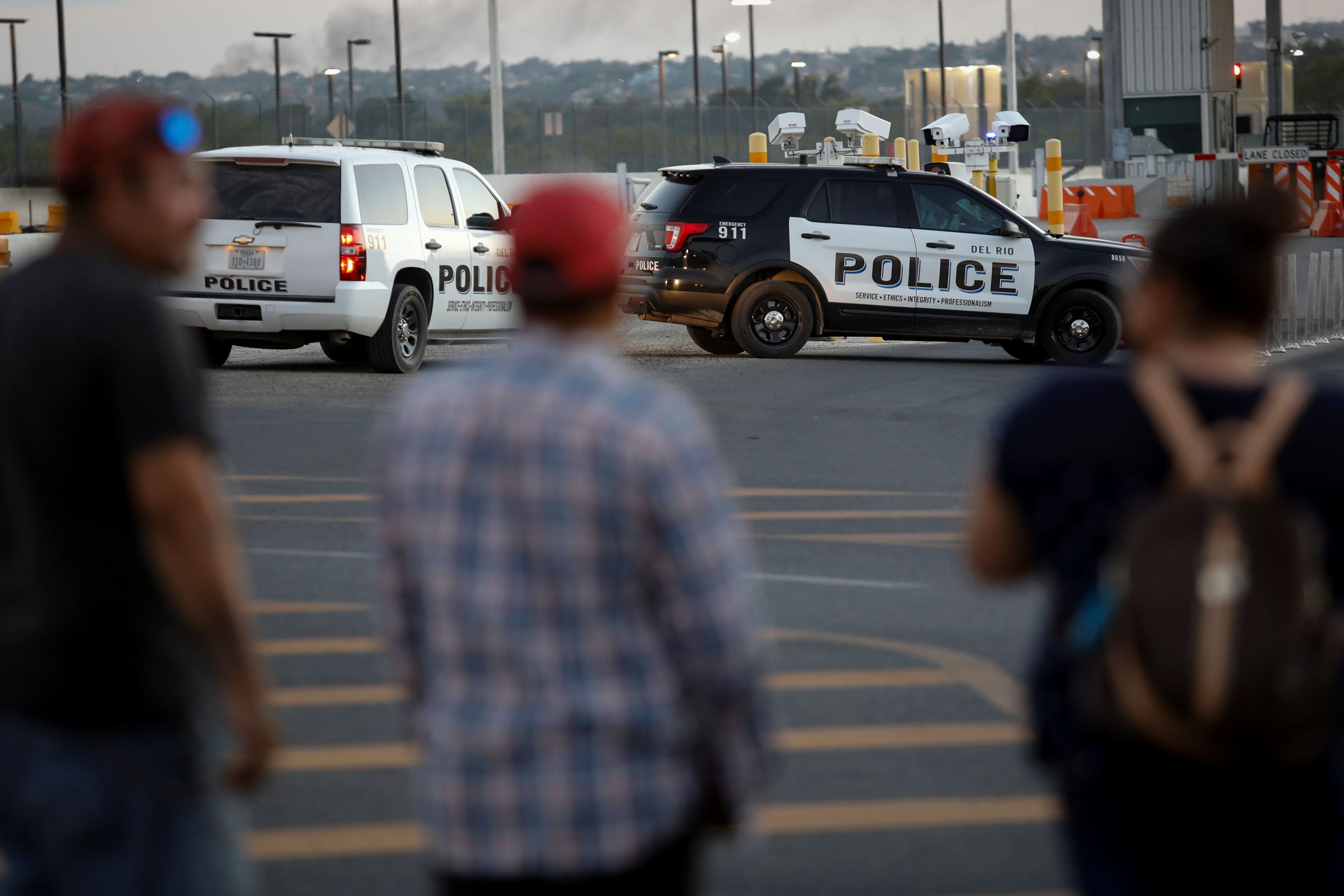 Police patrols are seen as people wait to cross into Mexico after the U.S. Customs and Border Patrol agency shut Del Rio's border crossing amid an influx of migrants, in Del Rio, Texas, U.S., September 17, 2021. /Reuters

Police patrols are seen as people wait to cross into Mexico after the U.S. Customs and Border Patrol agency shut Del Rio's border crossing amid an influx of migrants, in Del Rio, Texas, U.S., September 17, 2021. /Reuters

All are awaiting processing by the U.S. Customs and Border Patrol (CBP), hopeful they might be given a chance to remain in the United States.

Lozano however noted the border patrol was "overwhelmed with the influx of migrants in the Del Rio sector."

A Haitian migrant told Reuters that U.S. officials were handing out numbers for immigration processing, but people had to wait for days for their turn.

The number of Haitians crossing the southwest border into the U.S. has been surging for months.

U.S. President Joe Biden has pledged a more humane approach to immigration than that of his predecessor Donald Trump. But the situation in Del Rio is giving ammunition to critics who say Biden's policies have encouraged migrants.

The White House remained silent on the latest influx as political pressure mounted.

Both Republicans and Democrats called for quick action from Biden, whose administration recorded and mostly expelled more than 200,000 migrants at the border in both July and August, the highest numbers in more than a decade.

The CBP said the "vast majority" of single migrants and many of the families would be expelled under the government's Title 42 policy curtailing immigration due to the COVID-19 pandemic.