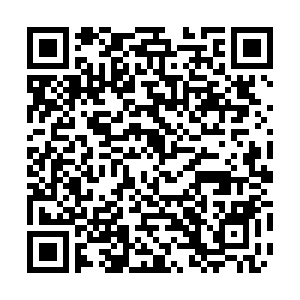 During his visit, China and the four countries have agreed to respect each other's development paths, understand and support each other on respective issues of core interests, Wang said.

China reiterated its firm stance of upholding a friendly policy with the four countries, which reasserted their stance of putting their bilateral relations with China at a top or priority position, he said.

Wang elaborated that the Vietnamese side stressed that nobody can shake and change the unity and cooperation between Vietnam and China; Cambodia said it would speed up the construction of Cambodia-China community of a shared destiny; Singapore expressed willingness to create a new era of bilateral relationship with China; and South Korea intended to push the strategic cooperative partnership with China to a deeper level.

China and the four countries agreed that the most urgent matter is to be unified and combat the COVID-19 pandemic to contain and defeat the disease at an early date, so as to steadily promote economic recovery, he said.

"The four nations are not only the extension of China's 'domestic circulation' but also the frontline of China's 'international circulation'," said the Chinese foreign minister, adding that during the talks, all sides agreed to build a mutually-beneficial and win-win pattern, and jointly construct the "Belt and Road" with high quality.

China and the four countries agreed to uphold multilateralism and safeguard the international system with the United Nations as its core, with all sides expressing willingness to focus on regional development so as to achieve common development, and resist unilateralism and power politics.

Responding to China's cooperation with the four countries in fighting COVID-19, Wang said the five countries belong to a global community of health for all, and China has maintained strategic communication with them, setting the direction for joint fight against the pandemic.

Wang said the countries have helped each other in combatting the pandemic and the cooperation among them has achieved fruitful results.

China has promised to continue to provide them with COVID-19 vaccines within its capacity, with the Association of Southeast Asian Nations (ASEAN) countries as a priority, Wang added.

As to the future ties between China and ASEAN, Wang said this year marks the 30th anniversary of the dialogue relations between the two sides, and their bilateral cooperation has set a paradigm for regional cooperation, become an important pillar for peace and stability in the region, and brought tangible benefits to 2 billion people in 11 countries.

Wang said his visit was primarily aimed at elevating the China-ASEAN relations to a new phase.

"We agreed that the 30th anniversary of the China-ASEAN dialogue relations should be turned into an opportunity to elevate their overall relationship and build a closer community of shared future between China and ASEAN," Wang noted.

He went on to say that both sides should work together to explore new areas of cooperation in fighting the pandemic and seeking post-pandemic recovery, and get united to help turn East Asia into a model region of common development.

Wang said China and ASEAN have agreed to cooperate in four areas. First, both sides will hold celebratory events to mark the 30th anniversary of the China-ASEAN dialogue relations.

Second, they will jointly promote regional economic integration. China and ASEAN will work together to push for the entry into force of the Regional Comprehensive Economic Partnership (RCEP) early next year and enhance connectivity.

Third, both sides agreed to jointly safeguard peace and stability in the South China Sea. China will coordinate closely with ASEAN nations to speed up their consultations on the Code of Conduct in the South China Sea, and reach an agreement at an early date, which is effective, with practical significance, and in line with international law.

Fourth, they will jointly safeguard international fairness and justice. Both sides should give full play to the "in-the-same-boat" spirit, discard the zero-sum mentality, uphold the UN-centered international system and promote multilateralism of win-win cooperation, so as to usher in a new era of common development.

On the Korean Peninsula issue, Wang noted that new consensus has been reached between China and South Korea as the peninsular situation is at another crossroads.

He said that the two sides agreed that further efforts should be made to maintain peace and stability on the peninsula, to continue resolving problems through dialogue, and to keep improving the relations between the South and the North on the peninsula.

Wang dismissed the interpretation of China developing relations with countries in its neighborhood as competing with other major countries, saying that this is out of date Cold War thinking.

He said that China and its neighboring countries are increasingly becoming important strategic partners and a community with a shared future.

China has always followed the principles of amity, sincerity, mutual benefit and inclusiveness in developing relations with neighboring countries on the basis of equality, Wang said, noting that China has never sought hegemony, expansionism nor sphere of influence.

China has no intention of putting itself in rivalry or confrontation in Asia with any major countries, he said, adding that regional countries have also made it clear not to take sides.

He said that both countries should keep the big picture in their minds, assume responsibilities of a major country, pushing their relations back on track of stable development, and developing coordination and cooperation in the region in a constructive manner in order to achieve mutual benefit and win-win results with regional countries.