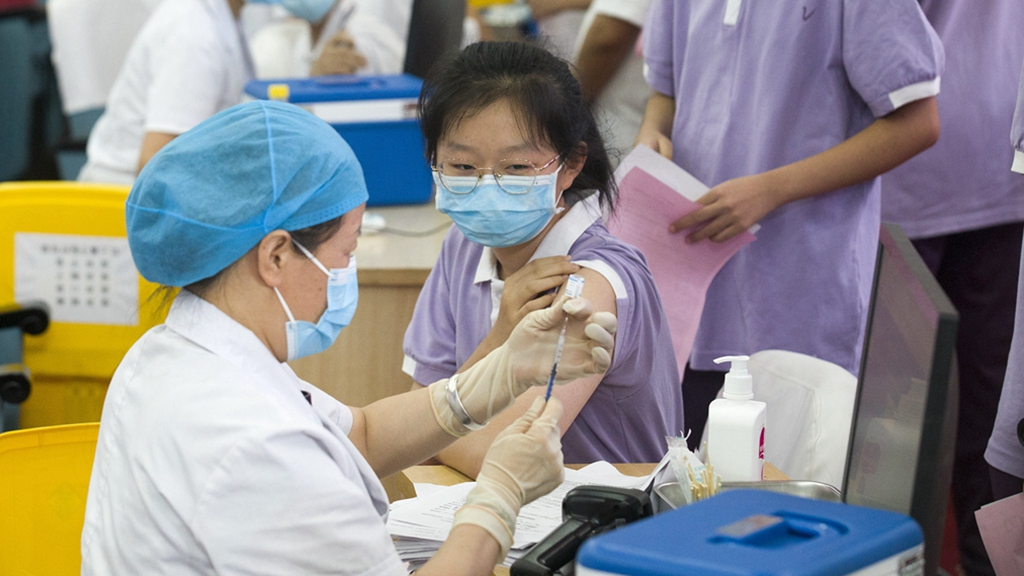 More than 2.17 billion vaccine shots have been administered in China as of September 17, 2021. /CFP

More than 2.17 billion vaccine shots have been administered in China as of September 17, 2021. /CFP

As of Saturday, the total number of people on the Chinese mainland who have received COVID-19 vaccine jabs reached 1.1 billion, or 78 percent of its population, the latest official data shows.

More than 2.17 billion vaccine shots have been administered in total, according the National Health Commission.

China has made "a milestone" that brings it closer to its goal of vaccinating 80 percent of its population by the end of the year, The New York Times reported on Thursday when the total number of COVID-19 vaccinations surpassed 1 billion in China.

"It was a significant accomplishment," the report added.

"The scale of China's [vaccine] campaign has put the nation multiples ahead of the rest of the world in absolute terms," Fortune reported on Thursday, adding that China is still implementing strict quarantine measures to contain local outbreaks.

According to Our World in Data, as of Saturday, the U.S. and Japan have fully vaccinated more than 50 percent of their populations. The full vaccination rate in some European countries, such as the UK, Germany and France, has passed 60 percent.

The World Health Organization in last November said that modeling studies under certain conditions showed about 60 to 70 percent of the population needs to be immune to curb or halt COVID-19 transmission.

"The efficacy of China-developed vaccines is about 70 percent, so the country would need more than 80 percent of the population to be vaccinated before establishing herd immunity," he added.