Download
Graphics: Who are the contenders to be Japan's next prime minister?
CGTN 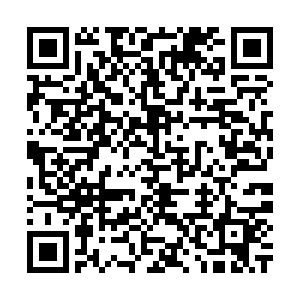 The campaign to lead Japan's ruling Liberal Democratic Party (LDP) and become the country's next prime minister officially kicked off on Friday. Four candidates – two men and two women – are competing in the September 29 vote to lead the ruling LDP.

Outgoing Prime Minister Yoshihide Suga announced his resignation a year after taking the office, setting off the race. Suga's cabinet has run its approval ratings to the ground after his handling of the COVID-19 pandemic drew sharp criticism from the Japanese public. His tenure was also dogged by corruption scandals and controversies around the Olympics.

The new leader of the LDP, the dominant force in Japanese politics for most of its post-war history, will become prime minister by virtue of the party's majority in the lower house of parliament.

Kono said on Thursday that any new economic stimulus measures should prioritize spending on renewable energy and expansion of 5G networks nationwide. 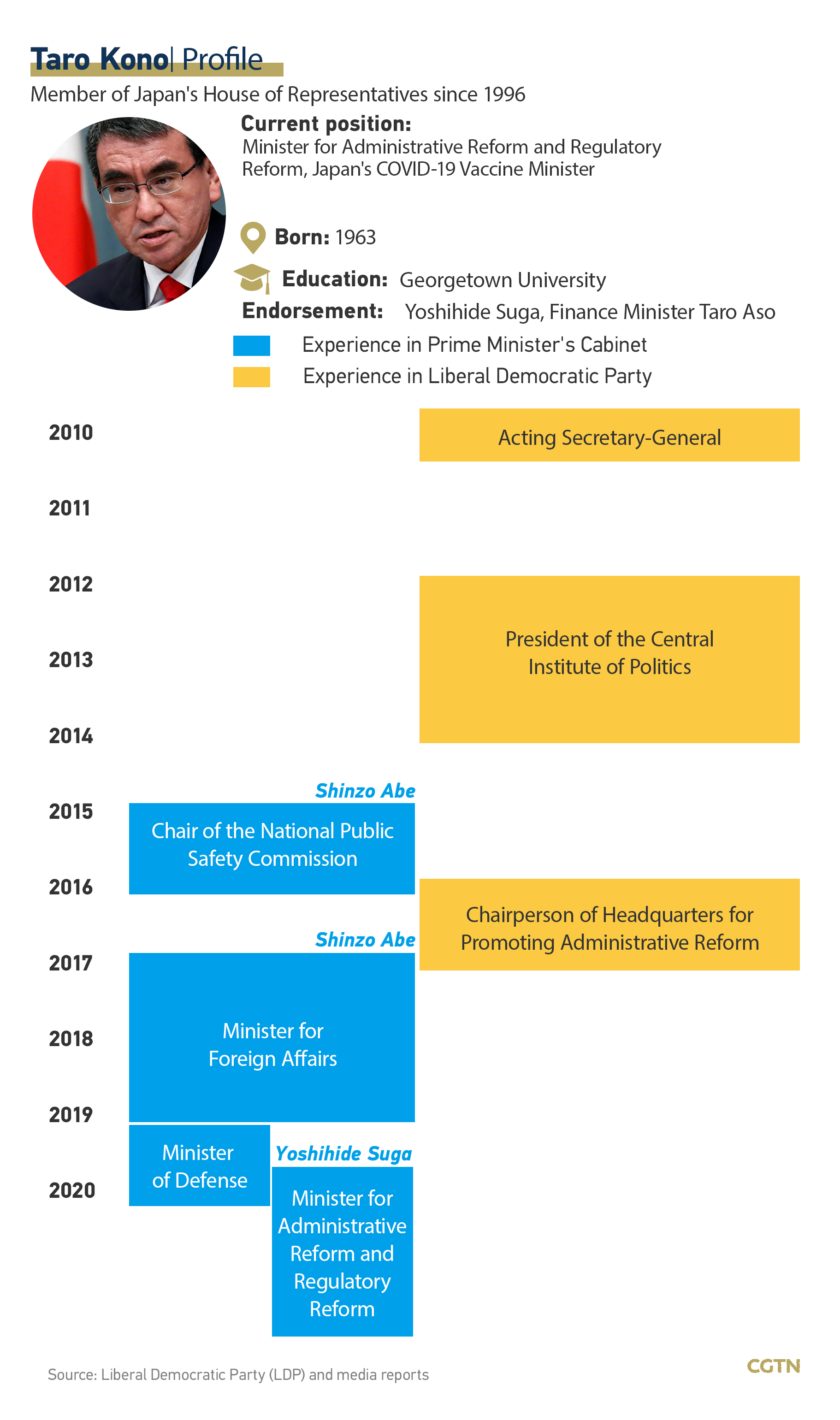 The former foreign and defense minister is from a politically well-connected family. His grandfather was deputy prime minister and his father the chief cabinet secretary.

Kono is also a rarity in Japanese politics in that he is popular with younger voters after building support through Twitter, where he has two million followers.

Another contender, former foreign minister Fumio Kishida, said he would work to distribute COVID-19 medications by year-end if elected.

Speaking in a televised debate with the three other candidates to lead the LDP, Kishida also said he would focus on reducing socioeconomic gaps in the post-pandemic era.

She has stated her aspiration to become Japan's first female prime minister, promising to rebuild an economy hammered by the coronavirus pandemic.

Takaichi said she wanted to work on issues left unresolved by previous administrations, such as achieving 2 percent inflation.

The other female candidate, Seiko Noda, the former minister for gender equality, has been a consistent voice urging Japan to address its declining birthrate and fast-aging population, while advocating women's empowerment.