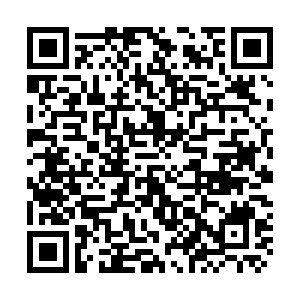 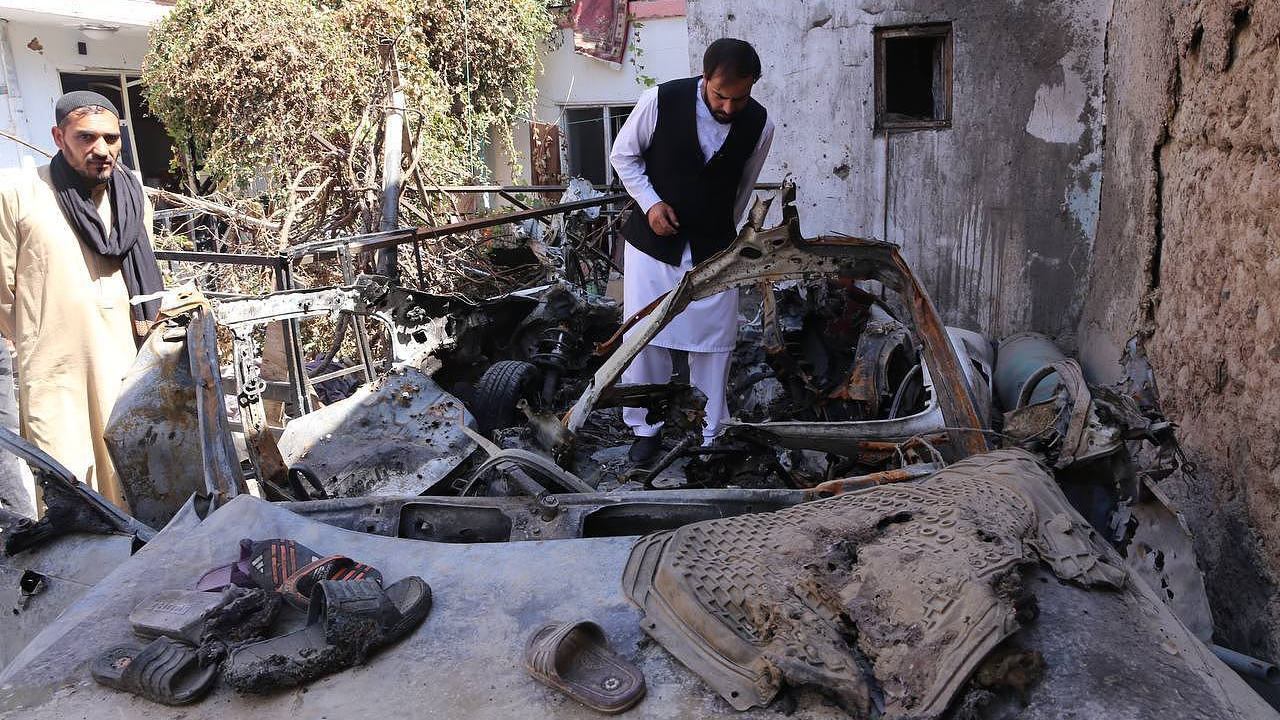 The family house where 10 civilians including seven children died after a U.S. drone strike in Kabul, Afghanistan, September 18, 2021. /CFP

The family house where 10 civilians including seven children died after a U.S. drone strike in Kabul, Afghanistan, September 18, 2021. /CFP

With a long record of unjustifiable wars and interferences, the United States is the real disruptor of international rules and the world order, China's Xinhua News Agency said in a recent editorial.

On Friday, the U.S. military admitted to killing 10 Afghan civilians, including seven children in a drone strike last month, which it previously claimed targeted terrorists behind the suicide bombings at Kabul airport.

Forty-three-year-old aid worker Zamarai Ahmadi was applying for a U.S. visa to get his family out of Afghanistan when his home was bombed, killing him and nine family members.

Calling it a "tragic mistake," the Pentagon's acknowledgement came a week after U.S. media investigation showed Ahmadi was innocent.

This is yet another example of the reckless ways in which Washington treats human lives as merely collateral damage in its military exploits. The "endless military actions" by the U.S. have caused tremendous humanitarian disasters across the world and made the country the biggest saboteur of global peace and stability, noted Xinhua. 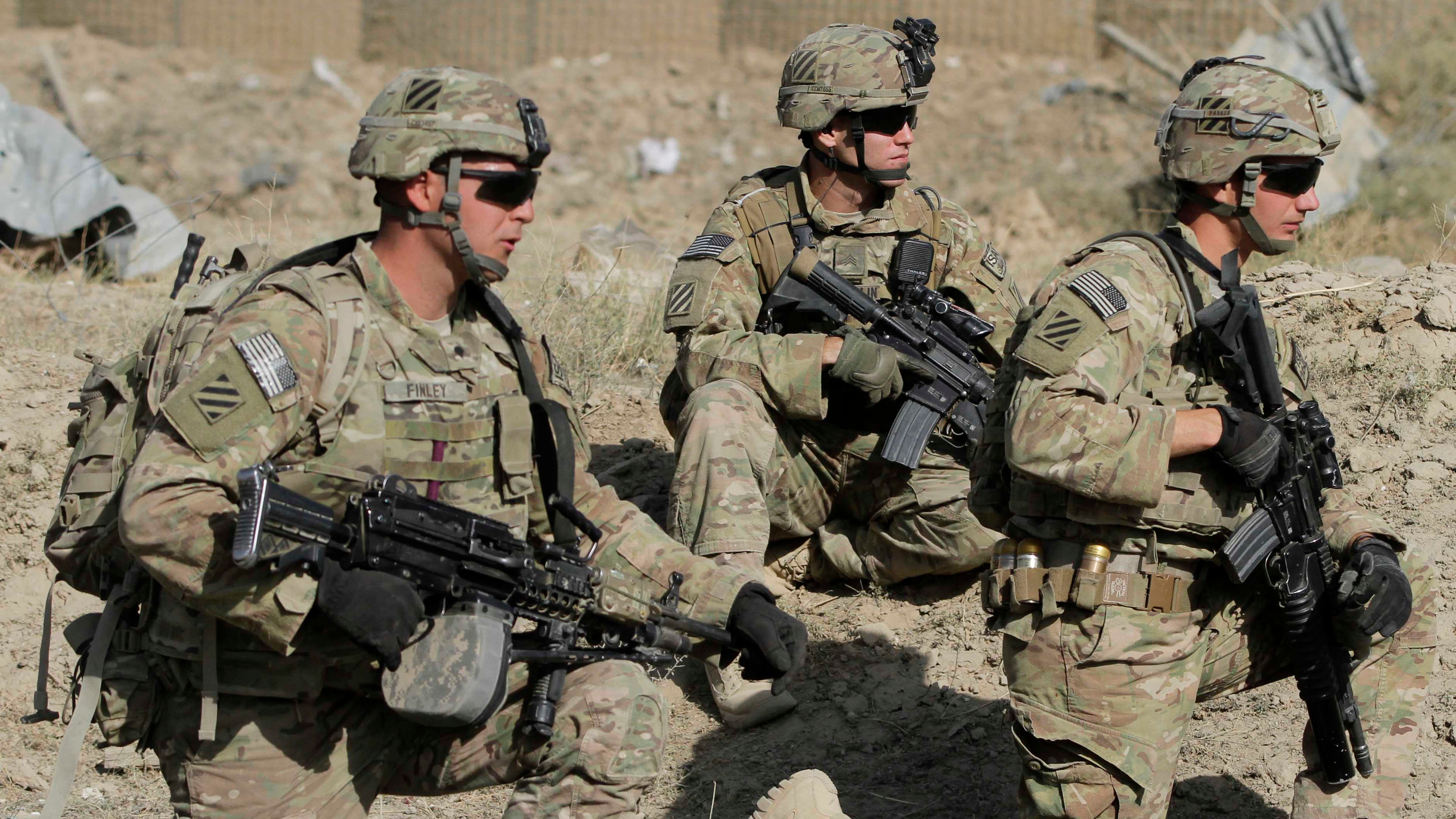 "War is the American way of life," U.S. historian Paul Atwood said. Since its declaration of independence on July 4, 1776, the United States was not at war for only 16 out of more than 240 years of its history, former president Jimmy Carter famously remarked.

U.S.-led wars have been the cause of countless deaths and destruction in recent memories. In Iraq alone, between 184,382 and 207,156 civilians were killed in war-related violence, according to Brown University's Watson Institute for International and Public Affairs.

While it failed to provide credible evidence of "weapons of mass destruction" to justify the invasion, the U.S. military deployed such weapons as depleted uranium bombs and white-phosphorus bombs during the war, posing a grave threat to local environment and the public health.

After 9/11 in 2001, U.S.-launched wars and military operations under the pretext of "anti-terrorism" have "spread to more than 40 percent of the world's countries," according to a 2019 study by the Smithsonian Magazine.

Latest data by the Costs of War project of Brown University showed that over 929,000 people were killed in the violence of the post-9/11 wars in Afghanistan, Pakistan, Iraq, Syria, Yemen and elsewhere, with 38 million people displaced in the past two decades. 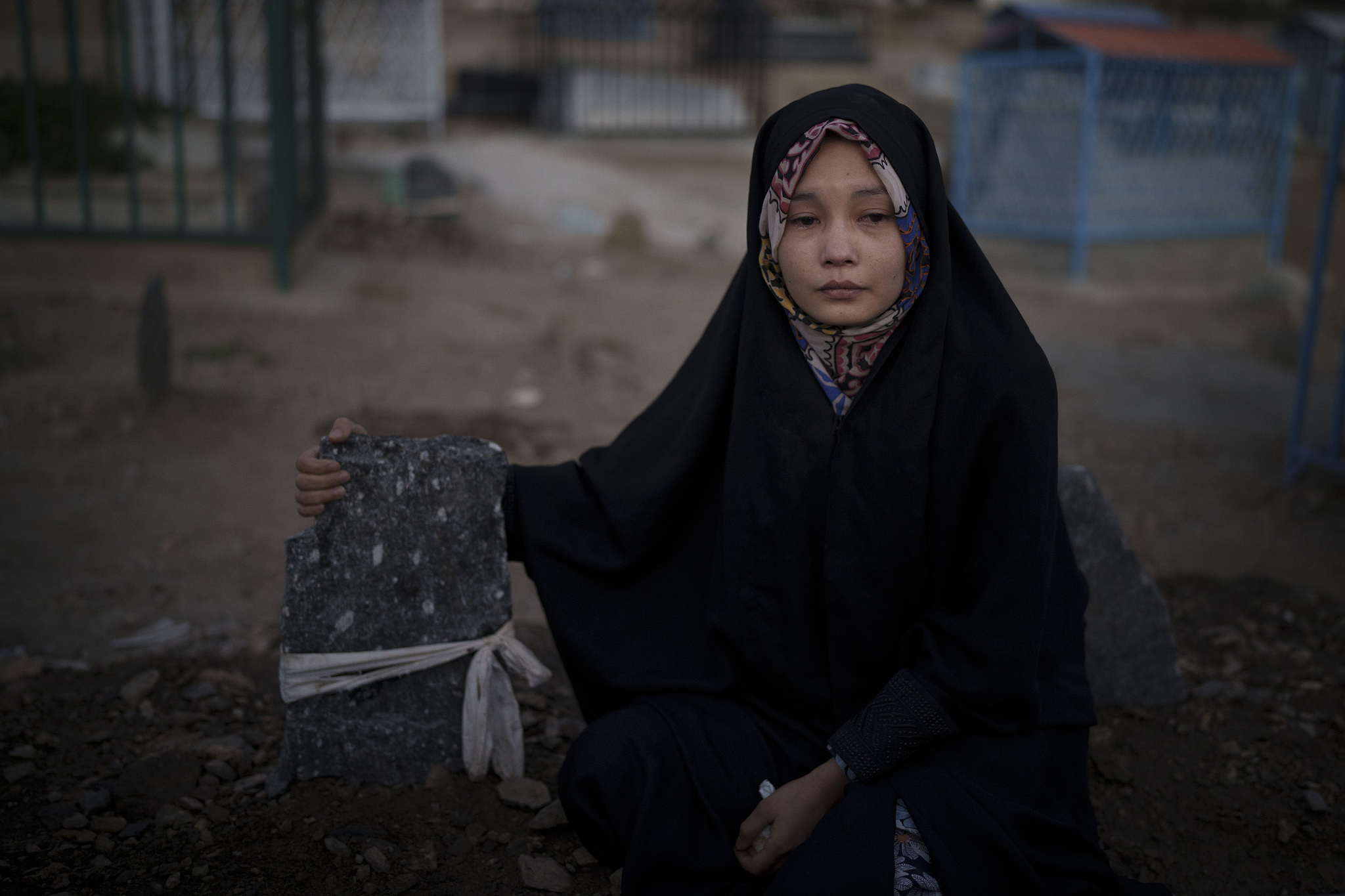 Basima Hidari, 20, was injured and her 19-years-old brother Ali Hidari was killed last month when they were trying to enter the airport during the U.S.-led evacuation, September 16, 2021. /CFP

Basima Hidari, 20, was injured and her 19-years-old brother Ali Hidari was killed last month when they were trying to enter the airport during the U.S.-led evacuation, September 16, 2021. /CFP

The audacious ways that the U.S. uses wars to achieve its objective is closely tied to its idea about security, noted Professor Li Haidong at the Institute of International Relations of the China Foreign Affairs University.

"The basic logic behind this inherent expansionist foreign policy is a belief that America's security fundamentally depends on efforts to Americanize the rest of the world," Li said.

In his book "America's Deadliest Export: Democracy," U.S. writer William Blum pointed out that the U.S. has tried to overthrow more than 50 foreign governments since the end of World War II, interfered in elections in at least 30 nations, and attempted to assassinate over 50 foreign leaders.

The U.S. is not only a notorious warmonger, but also the "dirty hands" that messed other countries up, the Xinhua editorial stated. It is "the source of growing uncertainties across the world, as well as the major stumbling block in the pursuit of peace and development," it concluded.