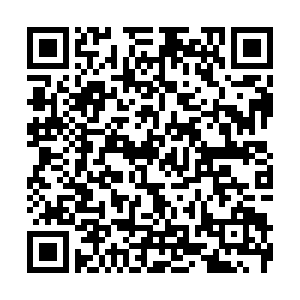 The results are out on the remaining 364 of 1,500 seats at the 2021 Election Committee's subsector ordinary elections in China's Hong Kong Special Administrative Region. Justice Fung Wah, Chairman of Electoral Affairs Commission, announced the result on Monday morning.

The 364 elected candidates came from a pool of 412 individuals in 13 subsectors of the committee. The election will lay a sound foundation for the successful holding of the forthcoming Legislative Council election and the election of the Chief Executive.

Social welfare was one of the most competitive sectors in Sunday's election with 23 candidates running for twelve seats. With five of them earning the same votes, a seat had to be determined by a lottery.

"I did not have an outstanding campaign in comparison to other candidates, but we have a high return on votes. There is a chance that the other candidates have done a better job on campaigning on social media," Chau said. 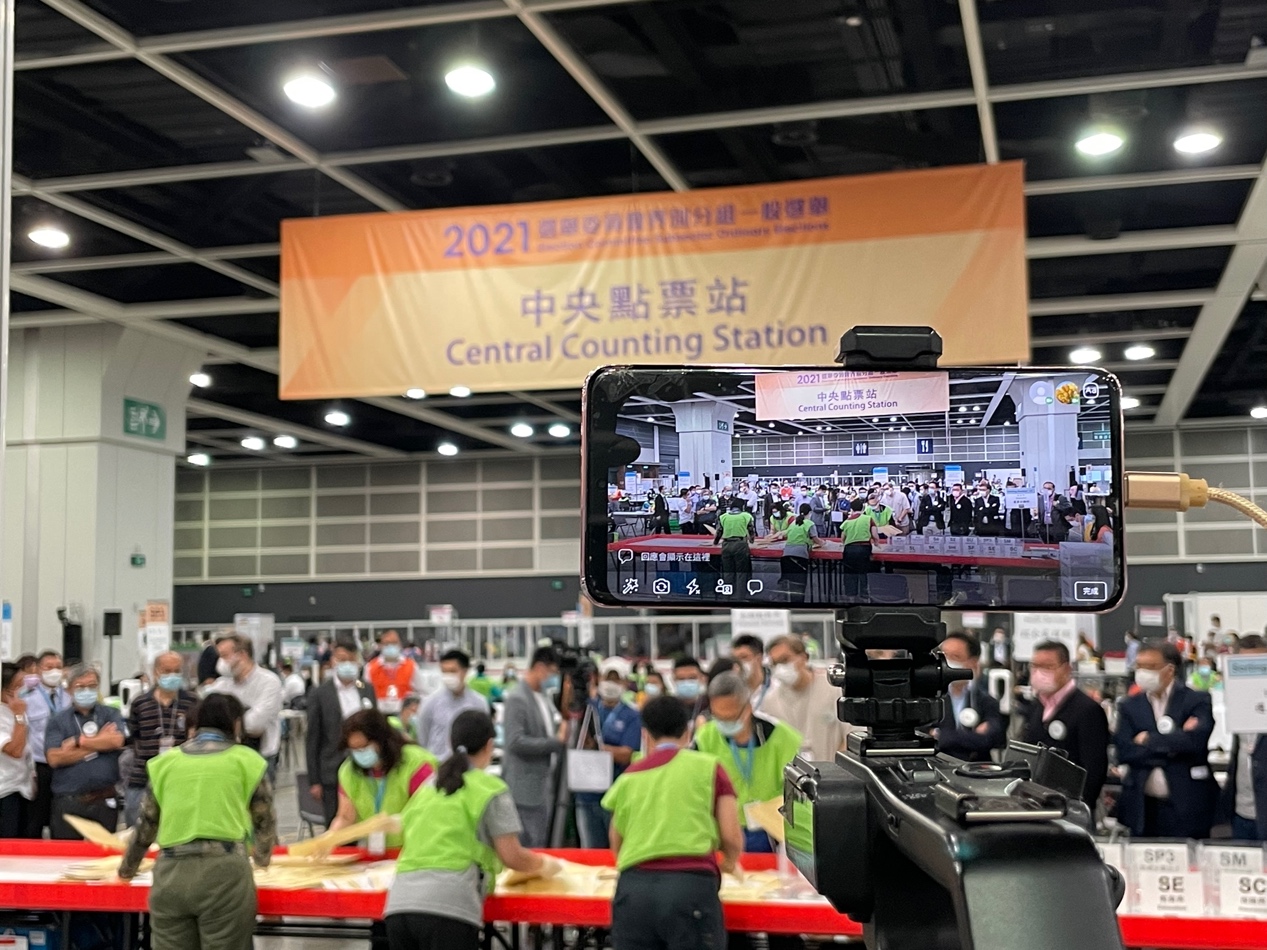 He hoped his experience would encourage those who support governance by patriotism but from a different background to participate in elections.

Candidate Eligibility Review Committee conducted eligibility of the candidates a month before Sunday's election making sure the elected individuals meet the requirement of supporting the Basic Law and the Hong Kong SAR government.

It's the first vote held under the city's revamped electoral system. Some of the voters say the changes have afforded them a clearer thought process in selecting those who can represent their core interests.

A voter from Tsuen Wan District told CGTN: "I think it is good. It allows us to be calm. They send us the brochures and booklets, so we can learn about the candidates. Instead, all of them were dragging us around and campaigning on the streets. I think the election process is going well." 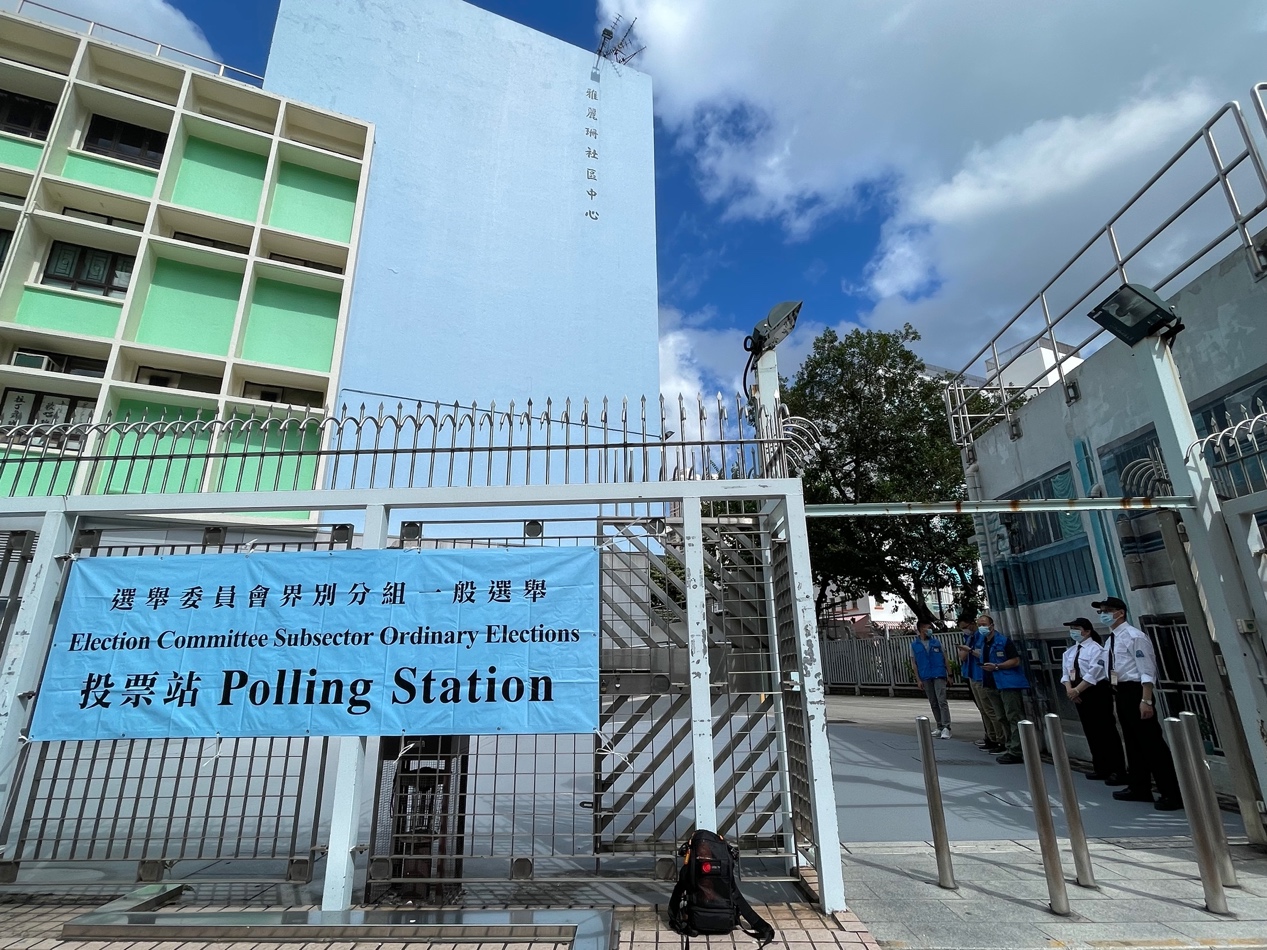 Some have doubted whether the representatives selected under "Governance by Patriotism" can represent the basic needs of Hong Kong residents, but another voter says he is living a better life now.

"After the protests against the extradition law in 2019 and then the pandemic, Hong Kong's economy is at rock bottom. Residents are living in misery," he said. "After the enactment of the National Security Law, those who were messing around in the Legislative Council are no longer there. Now the council is on the right track, so they can really do something for the people in Hong Kong."

Ben Chan Han-pan, a LegCo Member, shared with CGTN that similar regulations prevail in other countries when it comes to safeguarding the nation's sovereignty.

"We have suffered from the costs of internal affairs at the council in the previous years. If we do not have a principle or a baseline for those who enter the council, that will continue to harm Hong Kong's society," he said near the polling station.

Officials and locals hope the ones they have chosen can represent and solve the basic need to improve the livelihood in the city.

Fung shared at the morning's press briefing that 4,380 have voted at Sunday's election. The commission have received five cases of complaints including the size of the letter on the ballot and the set-up at polling stations. 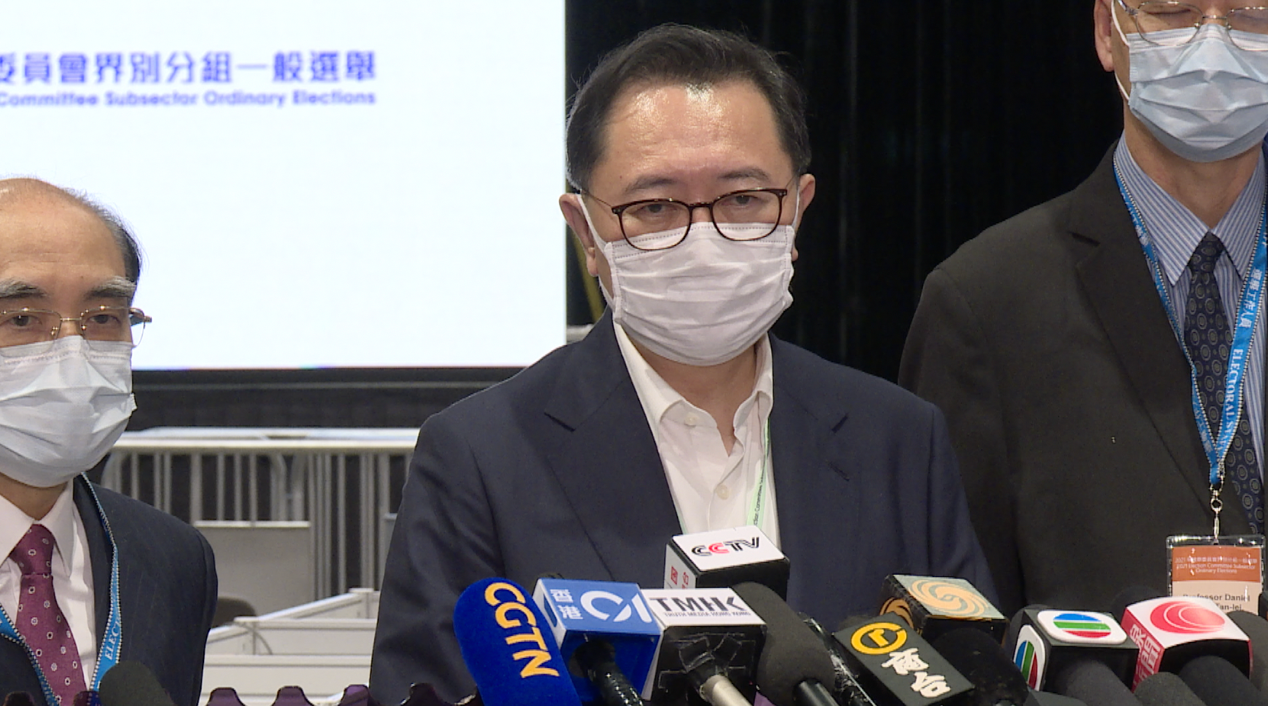 The counting process drew criticism as the final results were not available after nearly 14-hour wait, which was a four-hour delay in comparison to previous estimate.

"There are ballot paper accounts being filled in by the staff of the relevant stations. In the first stage, they take a long time to do that. Nevertheless, at the second stage, as the boxes reached the Central Counting Station, the verification of the ballot paper accounts identities showed discrepancy. They have taken much time to re-conciliate there," Fung explained.