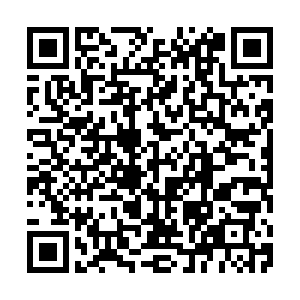 Tuesday marks the International Day of Peace, representing good wishes for world peace from people all around the globe.

Proposing the concept of "building a community with a shared future for mankind," Chinese President Xi Jinping has on many occasions stressed that China is a staunch advocate and strong defender of world peace and the Chinese people will stay committed to the noble cause of peace and development of mankind.

The following are some highlights of his remarks in this regard.

Peace, concord and harmony are ideas the Chinese nation has pursued and carried forward for more than 5,000 years. The Chinese nation does not carry aggressive or hegemonic traits in its genes. The Party cares about the future of humanity and wishes to move forward in tandem with all progressive forces around the world. China has always worked to safeguard world peace, contribute to global development and preserve international order.
-  Ceremony marking the centenary of the Communist Party of China in Beijing, China, July 1, 2021
Upholding peace is the responsibility of every country. When peace is interrupted by conflict or war, economic growth, decent lives, social stability and people-to-people exchanges will all be out of the question.
-  Opening ceremony of the Conference on Dialogue of Asian Civilizations in Beijing, China, May 15, 2019
China is committed to the path of peaceful development. The logic that a strong country is bound to seek hegemony no longer applies and the willful use of force will lead to nowhere. China is the biggest contributor of peacekeepers among the permanent members of the UN Security Council. The proud sons of the Chinese people are among the UN peacekeepers that gave their lives to the mission of peace in Mali and South Sudan not long ago. China will continue to fulfill its international obligations and serve as the builder and defender of world peace.
-  Opening ceremony of the G20 summit in Hangzhou, east China's Zhejiang Province, September 4, 2016
In the interest of peace, we need to foster a keen sense of a global community of shared future. Prejudice, discrimination, hatred and war can only cause disaster and suffering, while mutual respect, equality, peaceful development and common prosperity represent the right path to take.
-  Commemoration of the 70th anniversary of the victory of the Chinese People's War of Resistance Against Japanese Aggression and the World Anti-Fascist War in Beijing, China, September 3, 2015
As long as the idea of peace can strike deep roots and the sail of peace can be hoisted in the hearts and minds of people all over the world, a strong defense will be constructed to prevent and stop war.
-  Headquarters of the United Nations Educational, Scientific and Cultural Organization (UNESCO) in Paris, France, March 27, 2014
Peace, like air and sunshine, is hardly noticed when people are benefiting from it. But none of us can live without it. Without peace, development is out of the question. Countries, whether big or small, strong or weak, rich or poor, should all contribute their share to maintaining and enhancing peace. Rather than undercutting each other's efforts, countries should complement each other and work for joint progress.
-  Opening plenary of the Boao Forum for Asia Annual Conference 2013 in Boao, south China's Hainan Province, April 7, 2013