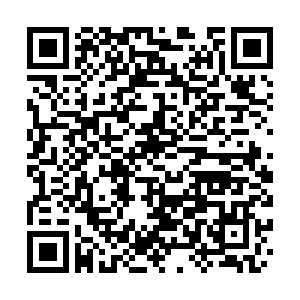 U.S. President Joe Biden said the U.S. will change its policy from "relentless war" to "relentless diplomacy" in Afghanistan as he addressed the United Nations General Assembly (UNGA) on Tuesday.

Facing criticism of the Afghan pullout, Biden vowed to defend vital U.S. national interests, but said "the mission must be clear and achievable," and the American military "must not be used as the answer to every problem we see around the world."

He said that "instead of continuing to fight the wars of the past, we are fixing our eyes" on challenges such as the global pandemic, addressing climate change, cyber threats and managing the shift of "global power dynamics."

Biden pointed out that the world is facing a decisive decade and that addressing a variety of challenges "will hinge on our ability to recognize our common humanity."

He stressed that the U.S. does not seek a "new Cold War," adding that "the United States is ready to work with any nation that steps up and pursues peaceful resolution to share challenges even if we have intense disagreement in other areas."

The U.S. president also said he would work with the U.S. Congress to double funds for helping developing nations deal with climate change.

"In April, I announced the United States will double our public international financing to help developing nations tackling climate crisis. Today, I'm proud to announce that we'll work with the Congress to double that number again, including for adaptation efforts, to make the United States the leader of public climate finance," Biden told world leaders.

He told the UNGA that the U.S. would return to the Iranian nuclear deal in "full" if Tehran does the same.

The U.S. was "working" with China, France, Russia, Britain and Germany to "engage Iran diplomatically and to seek a return to" the Joint Comprehensive Plan of Action, which America left in 2018, said Biden.

"We're prepared to return to full compliance if Iran does the same," he added.