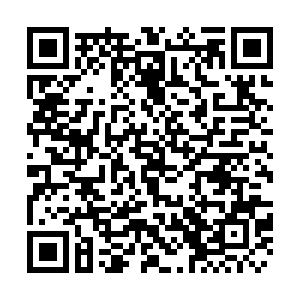 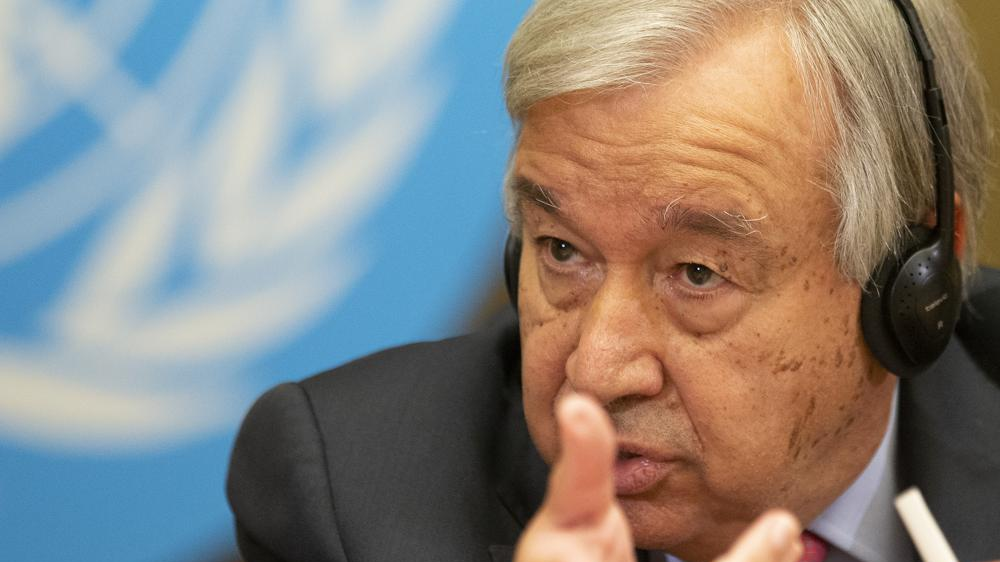 UN Secretary-General Antonio Guterres talks to the media during the High-Level Ministerial Event on the Humanitarian Situation in Afghanistan at the United Nations in Geneva, Switzerland, September 13, 2021. /AP

UN Secretary-General Antonio Guterres talks to the media during the High-Level Ministerial Event on the Humanitarian Situation in Afghanistan at the United Nations in Geneva, Switzerland, September 13, 2021. /AP

UN Secretary-General Antonio Guterres warned of global polarization in an interview with the Associated Press that covered issues including China-U.S. relations and Afghanistan, ahead of the opening of the UN General Assembly on Tuesday.

The world's two largest economies should be working together to tackle climate change and resolving disputes over trade and technology even as they clash over a wide range of contentious topics, Gutteres told AP in the interview, conducted on Saturday.

"Unfortunately, today we only have confrontation," he said.

The U.S. has pursued a multilateral deterrence campaign against China since former President Donald Trump took office in 2017. His successor Joe Biden has intensified the campaign, which includes selling arms to Taiwan, extending the U.S. Entity List to restrict trade on "sensitive" items and adopting a more assertive stance on the Indo-Pacific region.

China, for its part, has repeatedly urged the U.S. to mend the damaged ties between the two countries. On issues that China deems essential to its interests, Chinese officials have called on Washington to stop "playing with fire."

A trilateral deal last week involving the U.S. and Britain providing Australia with nuclear-powered submarines was the latest move to draw China's ire.

This deal "is just one small piece of a more complex puzzle... this completely dysfunctional relationship between China and the United States," Guterres said.

"We need to re-establish a functional relationship between the two powers," he added, calling it "essential to address the problems of vaccination, the problems of climate change and many other global challenges that cannot be solved without constructive relations within the international community and mainly among the superpowers."

The UN chief reiterated a warning he first made two years ago about the risk of global polarization – a new Cold War that could split the world into two separate networks, one belonging to China and the other led by the U.S.

Rival geopolitical and military strategies would pose "dangers" and divide the world, he said again in his latest interview.

Countries around the world have been feeling the heat as they have had to choose between China and the economic benefits it can offer, or the U.S. which has piled pressure on its allies in order to curtail their economic ties with China and even reject Chinese investments and technologies like Huawei's 5G.

In response to Guterres' comments, the White House said on Monday that the UN chief mischaracterized the relationship between China and the U.S., insisting that it is not pursuing "a New Cold War with any country."

"Our relationship with China is one not of conflict but of competition," press secretary Jen Psaki said in a statement.

Guterres also addressed other issues that will face world leaders at the UN General Assembly. About the UN's role in the new Afghanistan following the Taliban takeover in mid-August, Guterres called it "a fantasy" to believe that UN involvement "will be able all of a sudden to produce an inclusive government, to guarantee that all human rights are respected, to guarantee that no terrorists will ever exist in Afghanistan, that drug trafficking will stop."

Even the trillion-dollar war initiated by the U.S. and its NATO allies could not save the country from its woes, he said, adding that the deployment of thousands of soldiers might have, as some say, exacerbated Afghanistan's problems.

The chaotic military withdrawal from Afghanistan last month highlighted the massive failure of the U.S. operation in the country.

While the U.S. installed a democratic system, the Afghan government crumbled in the face of fierce Taliban advances, and all the U.S.' hard-won accomplishments were shattered overnight. Many in the U.S. have questioned whether the war was worth it.