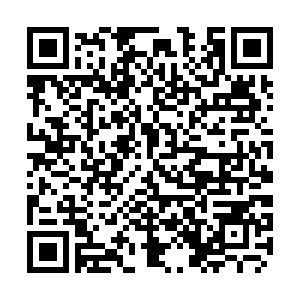 He made the remarks during a phone call with his UAE counterpart, Sheikh Abdullah bin Zayed al-Nahyan.

"We firmly support the UAE side in safeguarding its sovereignty, security and stability," said Wang, adding that China is willing to work with the UAE to uphold the basic norm of non-interference in other countries' internal affairs in international relations and safeguard international fairness and justice.

Noting China-UAE cooperation on vaccines has achieved important results, Wang said China will continue to do its utmost to ensure the procurement needs of the UAE side for vaccines.

He also voiced full support for the smooth operation of a joint project between China and the UAE on Chinese vaccines filling production lines to help the UAE and other countries in the region overcome the pandemic at an early date.

China is pleased to see the UAE is playing a more active role in maintaining regional and world stability, Wang said, and congratulated the UAE on serving as a non-permanent member of the United Nations Security Council for the 2022 to 2023 term.

He added China is willing to communicate and coordinate closely with the UAE on strategies to safeguard the legitimate rights and interests of emerging economies and developing countries and to fully support the UAE to organize the Dubai Expo.

When talking with his UAE counterpart, Wang also hailed Chinese President Xi Jinping's Global Development Initiative proposed to the General Debate of the 76th Session of the United Nations General Assembly via video on Tuesday, saying the initiative will help the international community form synergy to speed up the implementation of the UN 2030 Agenda for Sustainable Development.

For his part, Sheikh Abdullah said the UAE highly appreciates the great achievements made by the CPC in the past 100 years since its establishment, and believes that China's prosperity and progress are of great significance in promoting world development.

The UAE attaches great importance to the development of relations with China, he added, and thanked China for its strong support in the fight against the epidemic and for hosting the Dubai Expo.

The UAE side adheres to the principle of non-interference in other countries' internal affairs and firmly upholds the one-China policy, the UAE foreign minister stressed.

He also said the UAE has noted the important initiatives put forward by President Xi. Voicing his country's support for the initiatives, Sheikh Abdullah said the UAE looks forward to more international cooperation with China.