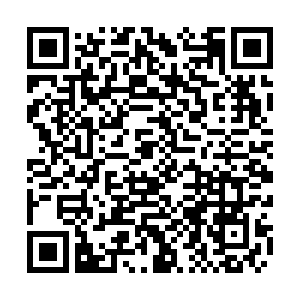 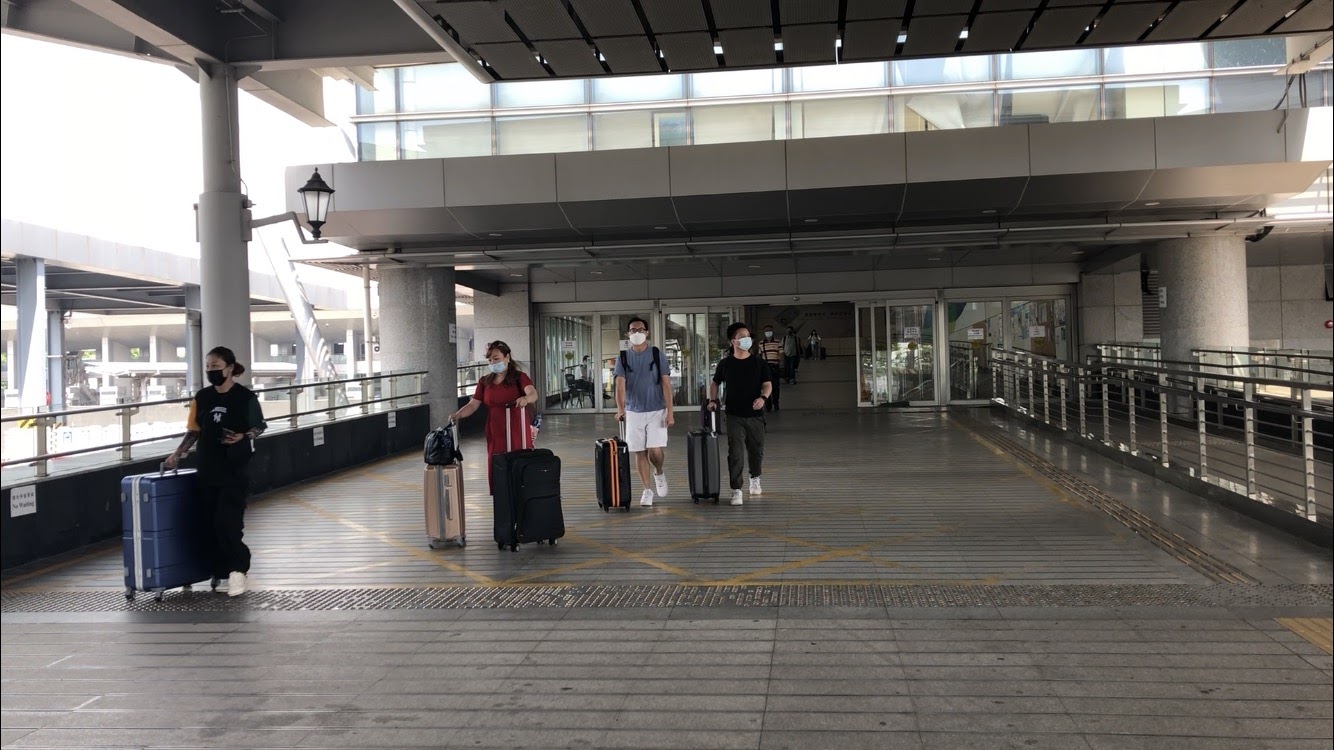 Visitors from the Chinese mainland arrive at the Shenzhen Bay Port. /CGTN

Visitors from the Chinese mainland arrive at the Shenzhen Bay Port. /CGTN

Non-Hong Kong residents, traveling from Guangdong Province and Macao to Hong Kong, can now enjoy quarantine exemptions. All they will need is valid proof of a negative nucleic acid test, obtained within three days before arrival or on the day itself. This is thanks to a new travel scheme called, "Come2hk," that's being implemented in the Hong Kong Special Administrative Region (HKSAR).

To qualify, would-be visitors must have stayed in Guangdong Province, Macao or Hong Kong for at least two weeks before seeking entry into the city.

The scheme is expected to boost visitor inflows into the SAR while keeping the local population safe. Those who enter Hong Kong under this scheme must keep up regular testing after gaining entry. 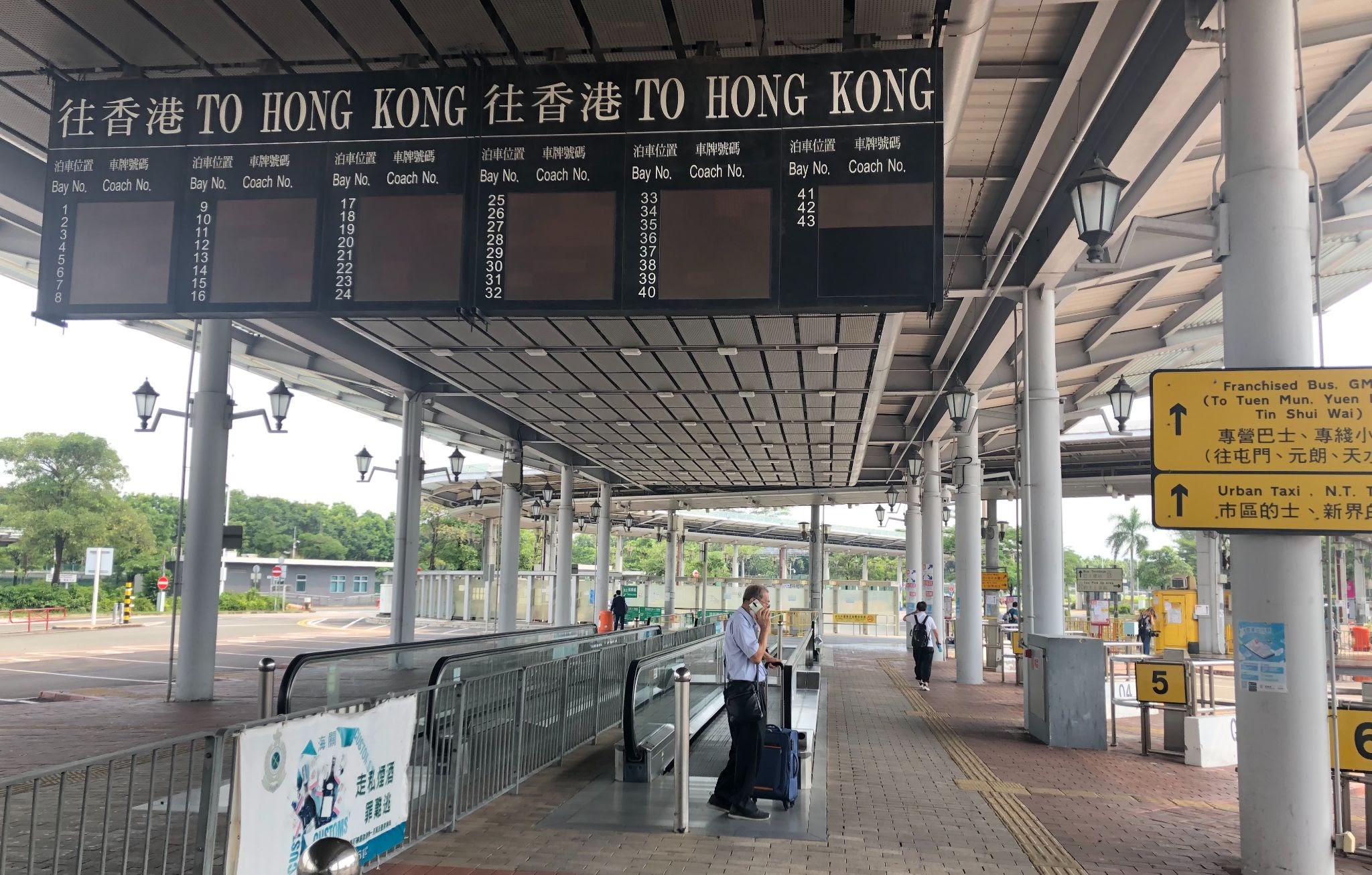 A section of the Shenzhen Bay Port that leads toward public transport into the city. /CGTN

A section of the Shenzhen Bay Port that leads toward public transport into the city. /CGTN

The scheme also has exemptions. Places deemed high-risk for the virus, for example, the Yuexiu and Haizhu districts in Guangzhou, will be excluded.

For now, the only way to enter the city is by road, through the Shenzhen Bay Port or the Hong Kong-Zhuhai-Macao Bridge Hong Kong Port.

These ports each have a daily quota of 1,000 visitors, and to secure a spot, people must apply through an online booking system.

Over the first five days, since the scheme's September 15 launch, 1,932 people have entered the city; of that figure, 1,722 arrived via the Shenzhen Bay Port, while the remaining 210 used the other port.

While Hong Kong recorded 19 imported cases since the launch, none were from the Chinese mainland or Macao. 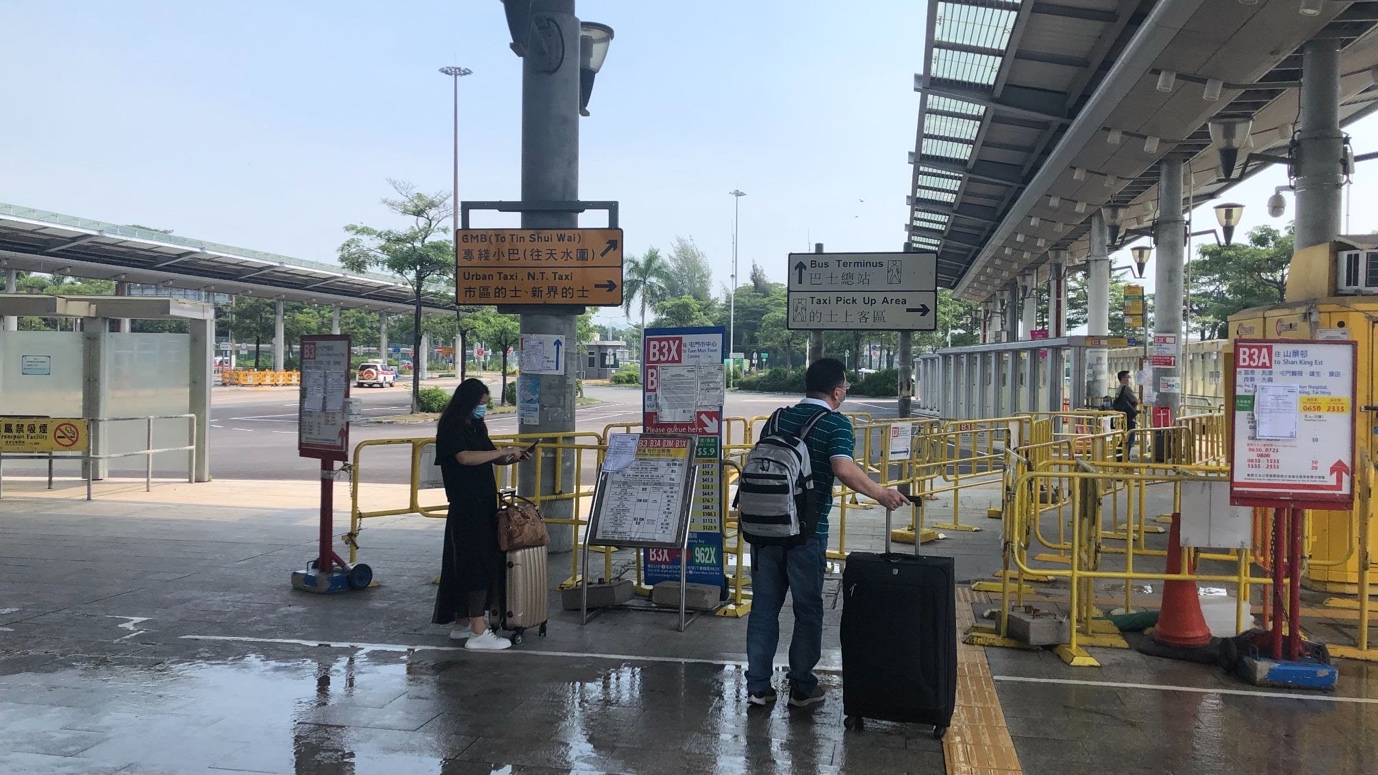 Travelers figure out transportation options into the city. /CGTN

Travelers figure out transportation options into the city. /CGTN

"I came to visit my family. I haven't seen my wife and children for a whole year. I was so nervous and excited. I didn't really sleep at all last night because I only managed to get a quota confirmation at 1 a.m.," said a man who arrived from Foshan City, in south China's Guangdong Province.

Another woman, whose son hadn't been able to attend school in Hong Kong for about two years because of the pandemic, said that once "Come2hk" was announced, and they realized quarantine could be avoided, they immediately applied for it. She added that she had received a lot of assistance from staff throughout the process, and that it was very reassuring.

"Come2hk" was meant to roll out in May but was suspended until now because of virus outbreaks across the border.

Its launch comes a week after the resumption of another cross-border scheme called "Return2hk," which allows Hong Kong residents to return from the Chinese mainland and Macao without quarantine.

The government said "Return2hk" resumed because the pandemic situation had stabilized in Hong Kong, Macao and the Chinese mainland.

Since "Return2hk" began last November, 299,240 Hong Kong residents have returned to the city under the scheme, according to the latest figures. 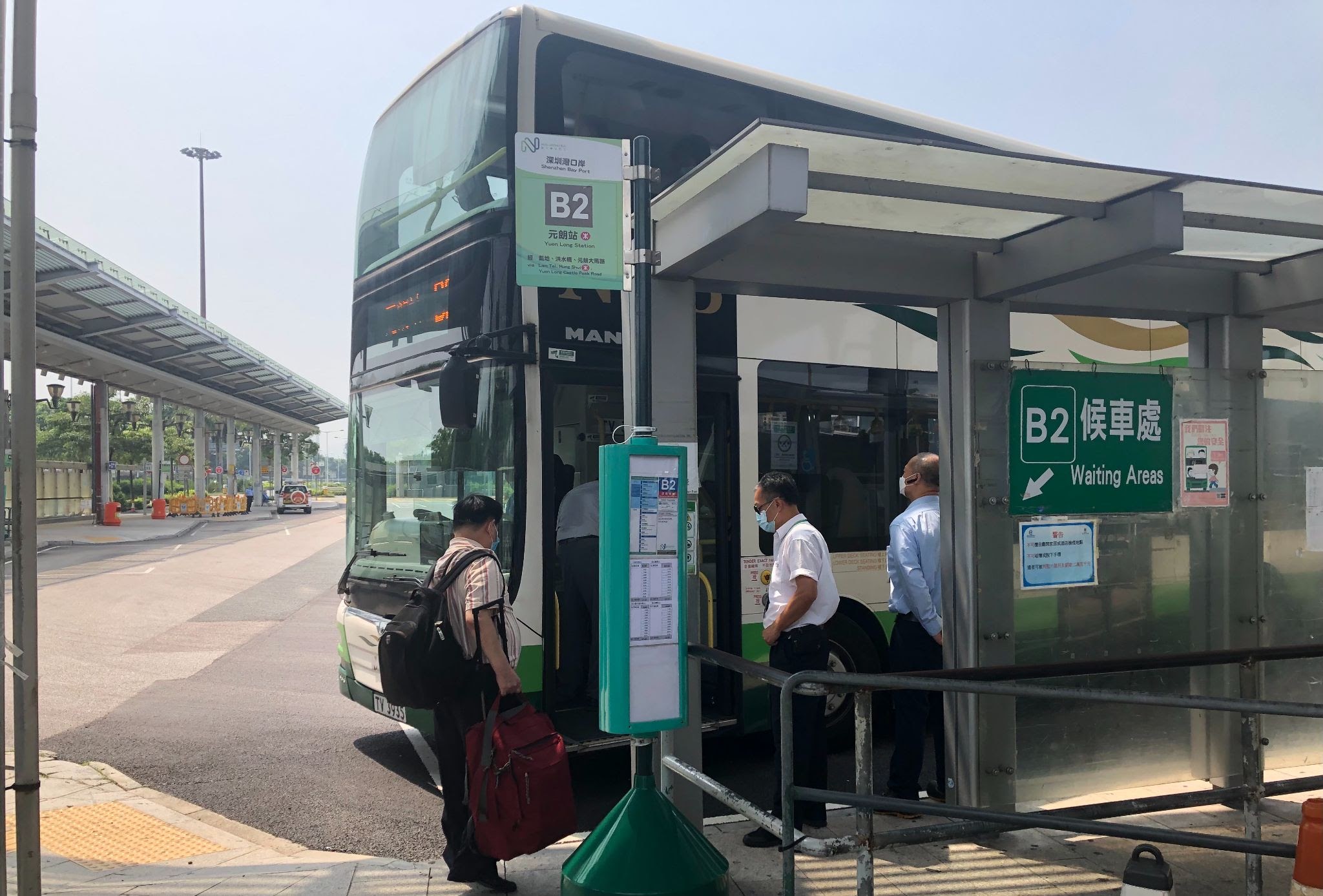 Travelers board a public bus that departs from the Shenzhen Bay Port to Yuen Long District in Hong Kong. /CGTN

Travelers board a public bus that departs from the Shenzhen Bay Port to Yuen Long District in Hong Kong. /CGTN

The Travel Industry Council welcomes the latest scheme as a good start and believes it would aid the hotel, retail and catering sectors.

"I think the 'Come2hk' scheme would definitely help the trade recovery, even though it will start with only business travelers or perhaps those Hong Kong people [who] have families in Guangdong areas," said Jason Wong, chairman of the Travel Industry Council of Hong Kong.

"But the 1,000 quota perhaps is considered a little bit too less, as compared to 'Return2hk,' which is already 6,000 per day, so I guess to increase the quota should definitely help the recovery of the trade."

Wong also urged the government to consider opening the scheme up to air travel and other parts of the Chinese mainland.