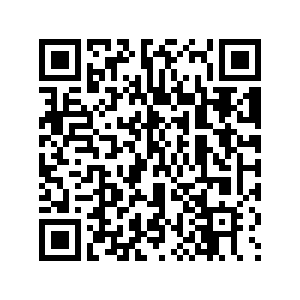 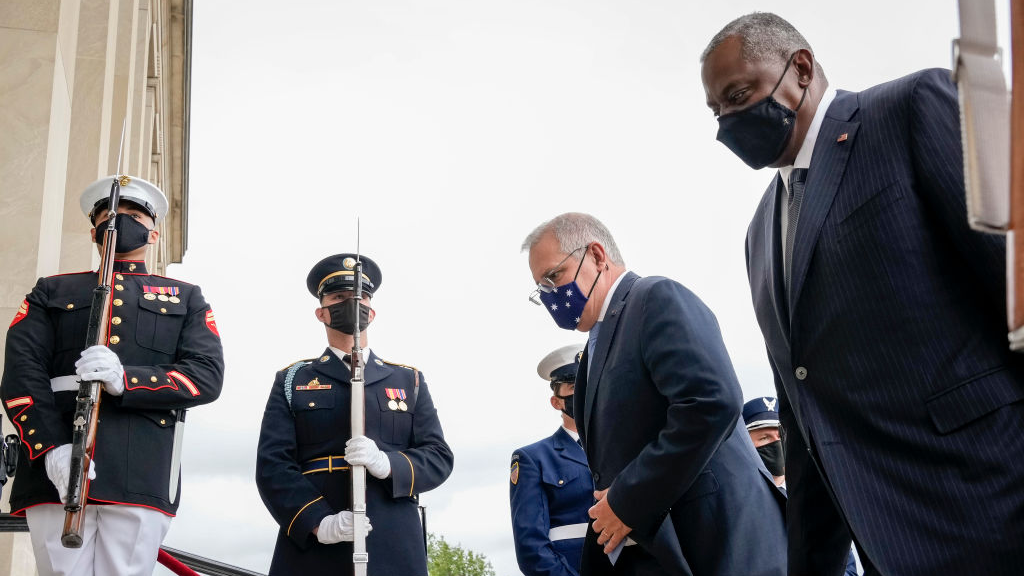 Prime Minister of Australia Scott Morrison and U.S. Secretary of Defense Lloyd Austin walk past a military honor guard as they walk inside for a meeting at the Pentagon in Arlington, Virginia, U.S., September 22, 2021. /Getty

Prime Minister of Australia Scott Morrison and U.S. Secretary of Defense Lloyd Austin walk past a military honor guard as they walk inside for a meeting at the Pentagon in Arlington, Virginia, U.S., September 22, 2021. /Getty

Editor's note: Mariam Shah is an Islamabad-based independent researcher in the field of conflict studies and military psychology. The article reflects the author's views, and not necessarily those of CGTN.

The strategic impact and the threat to regional peace and stability have already been accelerated since AUKUS was announced. The trilateral pact between the United States, United Kingdom and Australia came as a shock to the world. After abandoning AUS$90 billion ($65 billion) deal with France, Australia partnered with the U.S. and UK to develop nuclear-powered submarines. Australia might be interested in the latest technology, but the strategic gravity of this agreement is more important than the technological aspect.

Few things that are very important to note here include a visible shifting of the alliance, a very calculated move by the U.S. administration to veil the blunders and disgraceful withdrawal from Afghanistan and to redirect its attention to China aggressively.

After abandoning Afghanistan, the U.S is flexing its muscles to rise again as a "power" that can control land and seas where ever it wants. As the U.S. is no longer concerned about Afghanistan, it shifted its attention and focus to China, and this was anticipated since the withdrawal was announced, but not through this unexpected alliance.

The AUKUS union has exposed some of the very important realities now. A shift of the alliances has been witnessed, and the "U.S-Europe bromance" seems to be thinning. Now, as the Afghan conundrum came to a close, NATO seems irrelevant to the United States. While things accelerate, things won't be easy for European Union to deal with, as it would never like to be tangled between the U.S. and China in an increasingly tense environment. 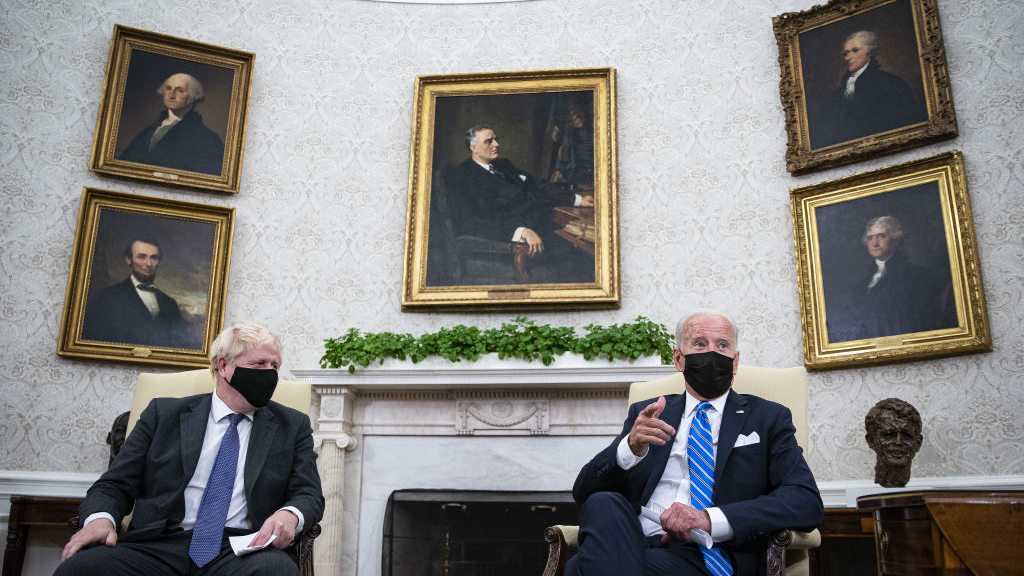 Besides arming with nuclear weapons, AUKUS is a significant attempt to counter Chinese influence in the South China Sea. This is definitely an aggressive move on the part of Australia, and to keep quoting "China threat theory" won't do a region any favor. The actual materialization of the agreements will take years, but it has already stirred up the waves of insecurity in the region.

Indonesia and Malaysia have strongly denounced Australia's plan to acquire nuclear-powered submarines. Even Singapore, Australia's ally in the region, has shown concern, and it is obvious to be apprehensive of such pressure.

The U.S. is again trumpeting unilateralism, an imperialistic posture through this entire episode, and a correlation between imperialism and militarism is apparently prevailing here. Undoubtedly, the U.S. is all out to employ military means in order to secure and proceed with self-absorbed economic interests, and through AUKUS, Australia seems to be just another pawn in the U.S. hegemonic designs.

The U.S., U.K. and Australia are raising regional tensions through this militarization of the region, instead of focusing on the rehabilitation and healing of the war struck countries, collaboration regarding post-COVID-19 normalization, economic cooperation and soft power influence.

The nuclear-powered submarines won't be touching the seas for some years, but things have started to heat up in a relatively peaceful region which was supposed to be nuclear-free and ASEAN states may feel bullied by the Australian military and nuclear expansion.

This pact will sure trigger an arm race in the Indo-Pacific, and it will now shape the entire geopolitical architecture of the region for years to come.