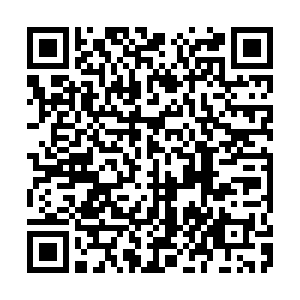 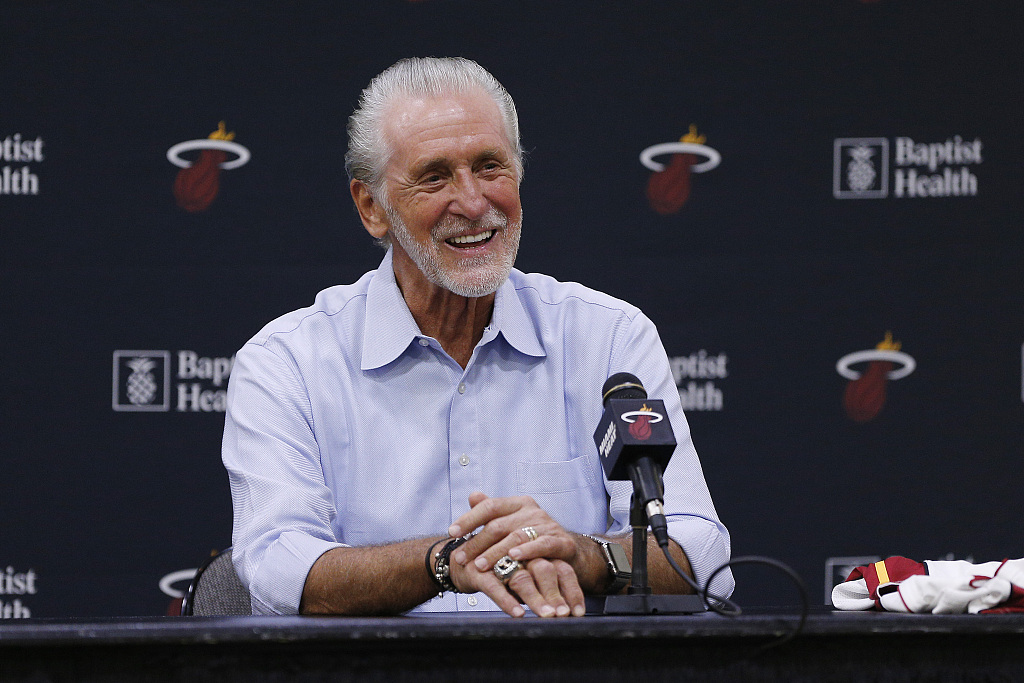 The Miami Heat were the most eye-catching team in the NBA during the offseason after they landed Kyle Lowry via sign-and-trade (three-year, $85 million), gave Jimmy Butler a maximum contract extension (four-year, $184 million), kept Duncan Robinson with the biggest deal for an undrafted player (five-year, $90 million) and signed P.J. Tucker (two-year, $15 million).

The Heat's front office has been taking a cautious approach for the past two years. Reaching the NBA Finals in 2020 did not turn their heads. Pat Riley continued to manage the Heat's payroll with overpriced but short contracts, trying to collect salary space for the free agency market in 2021 while getting ready to acquire possible big fish.

However, the team apparently underestimated the value of Jae Crowder and overrated the growth of their young men Tyler Herro and Robinson. They were swept by the Milwaukee Bucks, the opponents they beat 4-1 one season earlier, in the first round of the playoffs. Moreover, despite Miami's beach and nightlife, no superstar seemed willing to even take an extra look at South Beach.

So, Riley decided to take a huge bet with the moves mentioned at the beginning of this article. 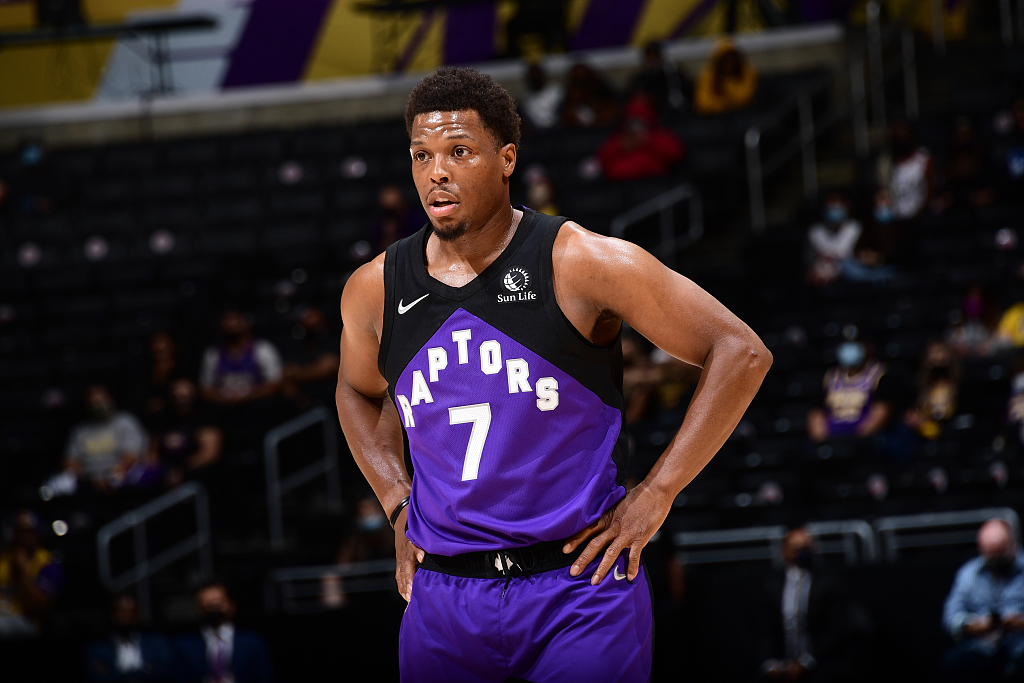 Tucker has been one of the best postseason defenders for the past four years. He has strong lower body and enough strength to play center in a small-ball squad while being agile enough to cover perimeter players in switch defense. 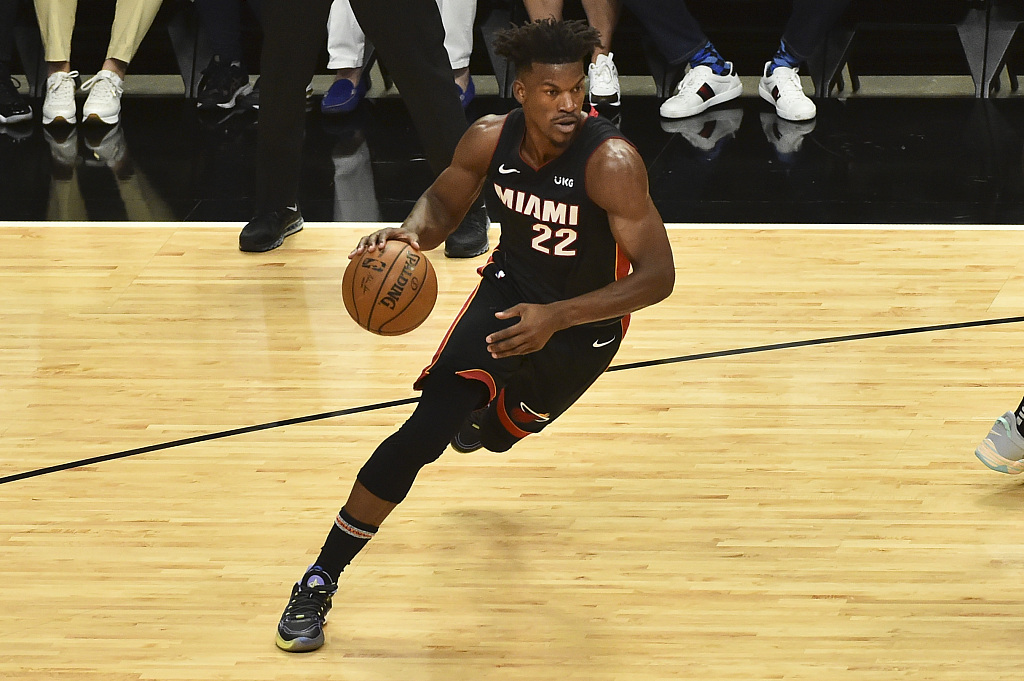 However, an improved lineup does not make the Heat good enough to match the top 3 teams in the Eastern Conference. Giannis Antetokounmpo took an upgrade in the Finals in 2021. He became a better free throw shooter and learnt to find easier scores instead of throwing himself into the defensive trap. Meanwhile, he has Jrue Holiday, a younger version of Lowry, standing next to him.

Now, if you recall how close the series between the Bucks and the Brooklyn Nets, which had only half of their squad left after two games, were in the Eastern semifinals, you will have a better understanding of how dominant the Nets can be with a complete and healthy lineup.

The Philadelphia 76ers may be the most matchable opponents for the Heat of the three, especially with the Ben Simmons drama unsolved. Nonetheless, they may be able to steal one or two wins against the 76ers in the regular season by trapping Joel Embiid. The Heat are unlikely to keep it happening in a seven-game series. Bam Adebayo is not Marc Gasol from two years ago. Butler is no Kawhi Leonard either. 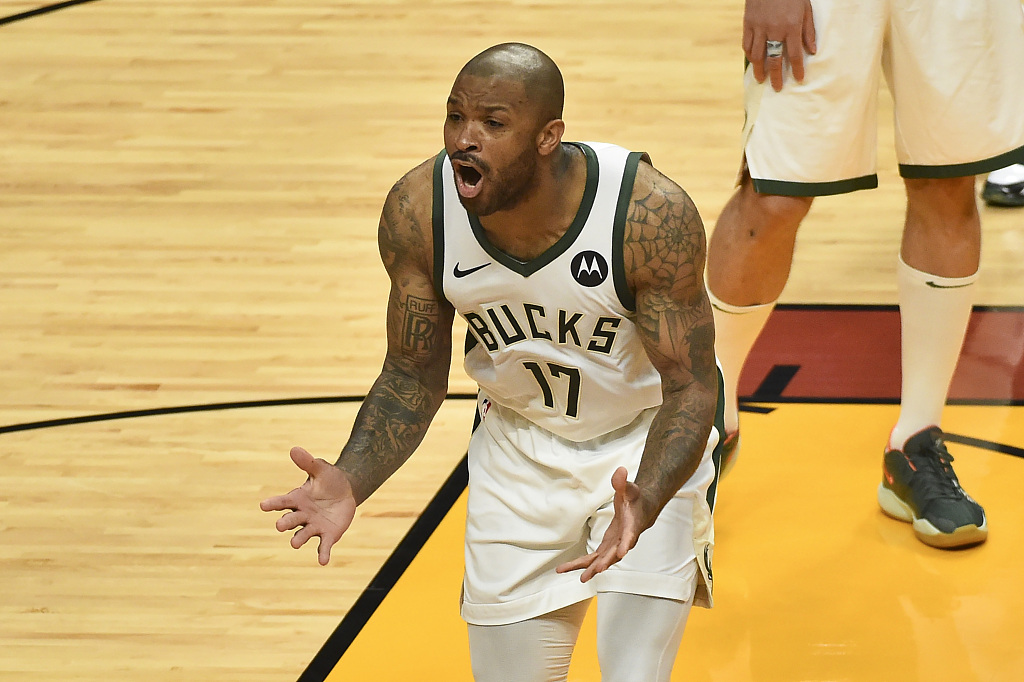 Furthermore, the Heat have their own problems as well. Tucker could replace Crowder's defensive role but his existence will hurt the team's offense too. This side effect will be more painful in playoffs because they may need to keep Tucker longer on the court for the sake of defense.

Butler is hardly helpful in this area either. He only took an average of two attempts from downtown per game in the past two seasons and his triples rate was less than 25 percent. Adebayo can make some shots in the middle range, but he is not an off-the-dribble shooter. Neither can he stretch the spacing at the 3-point line.

Lowry can be trusted with his shooting, but he has never been a productive scorer. What he does the best is to offer basic offensive contributions at decent efficiency, not carry the whole team on his shoulders. It should not be forgotten either that Lowry is already 35 years old and might lose his energy at any time. 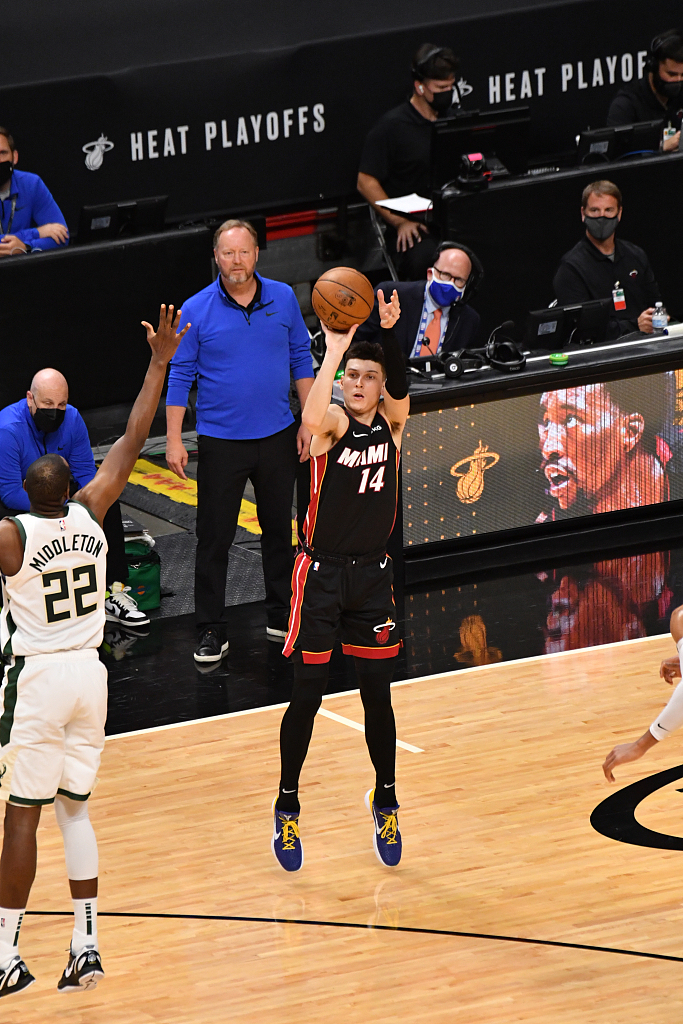 Tyler Herro (#14) of tyhe Miami Heat shoots in Game 4 of the NBA Eastern Conference first-round playoffs against the Milwaukee Bucks at American Airlines Arena in Miami, Florida, U.S., May 29, 2021. /CFP

Tyler Herro (#14) of tyhe Miami Heat shoots in Game 4 of the NBA Eastern Conference first-round playoffs against the Milwaukee Bucks at American Airlines Arena in Miami, Florida, U.S., May 29, 2021. /CFP

In fact, the key to the Heat's success does not lie in Butler or their new members. Victor Oladipo, Herro and Adebayo will be the deciding factors for the team to make a difference.

Oladipo was only able to sign a minimum veteran deal partly because he suffered too many injuries in the past three years. He missed 46, 54 and 39 games respectively in the last three seasons. However, that also gives him the chance to make the biggest surprise. A healthy Oladipo is an All-Star guard and an All-Defensive member who could average 20 points. He could be great help to the Heat even if he only finds part of the best himself back.

Herro failed to meet the team's expectations of him last season, but he's still the Heat's best hope for the future. He has the fundamentals of a sharp shooter and showed the sign of developing reliable off-the-dribble shooting. That what Robinson does not have and what the Heat needs the most from Herro. 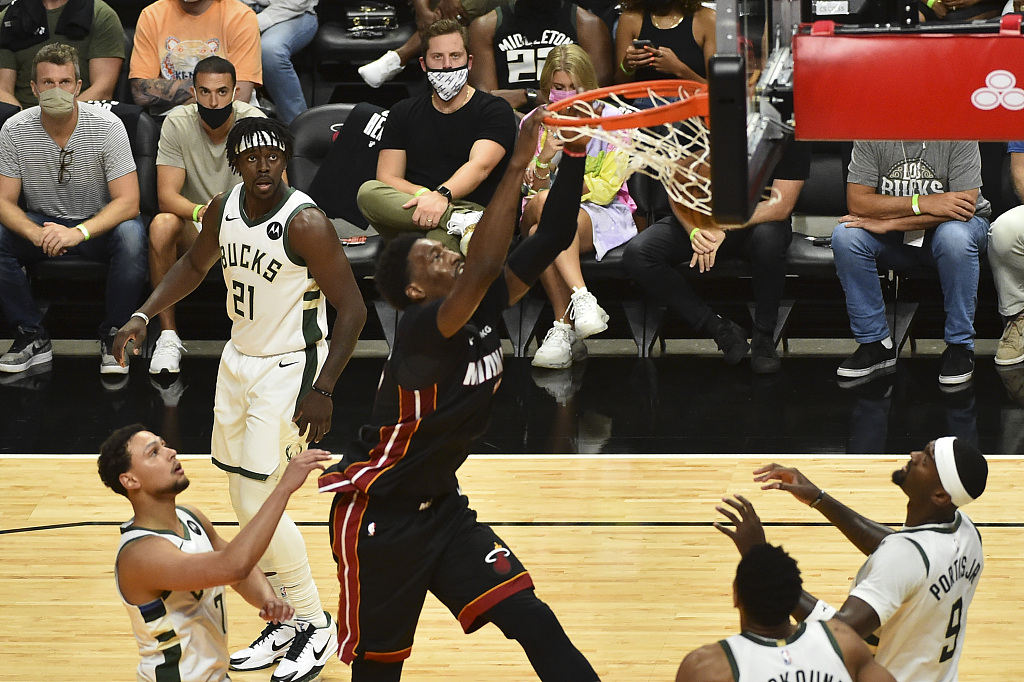 Bam Adebayo (C) of the Miami Heat dunks in Game 4 of the NBA Eastern Conference first-round playoffs against the Milwaukee Bucks at American Airlines Arena, May 29, 2021. /CFP

Bam Adebayo (C) of the Miami Heat dunks in Game 4 of the NBA Eastern Conference first-round playoffs against the Milwaukee Bucks at American Airlines Arena, May 29, 2021. /CFP

Adebayo made his All-Star debut in 2020 and has been making solid progress since he joined the league in 2017. He is a reliable middle-range shooter (45 percent). The Heat will need him to get either more productive, or grow sharper with his isolation skills. Adebayo is above average in one-on-one plays, if he can maintain the current efficiency while increasing his usage percentage to over 25 percent, he can make the Heat's offense look different.