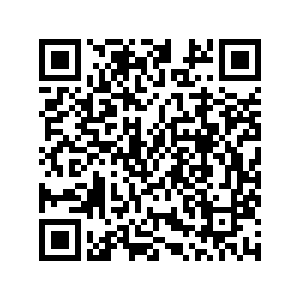 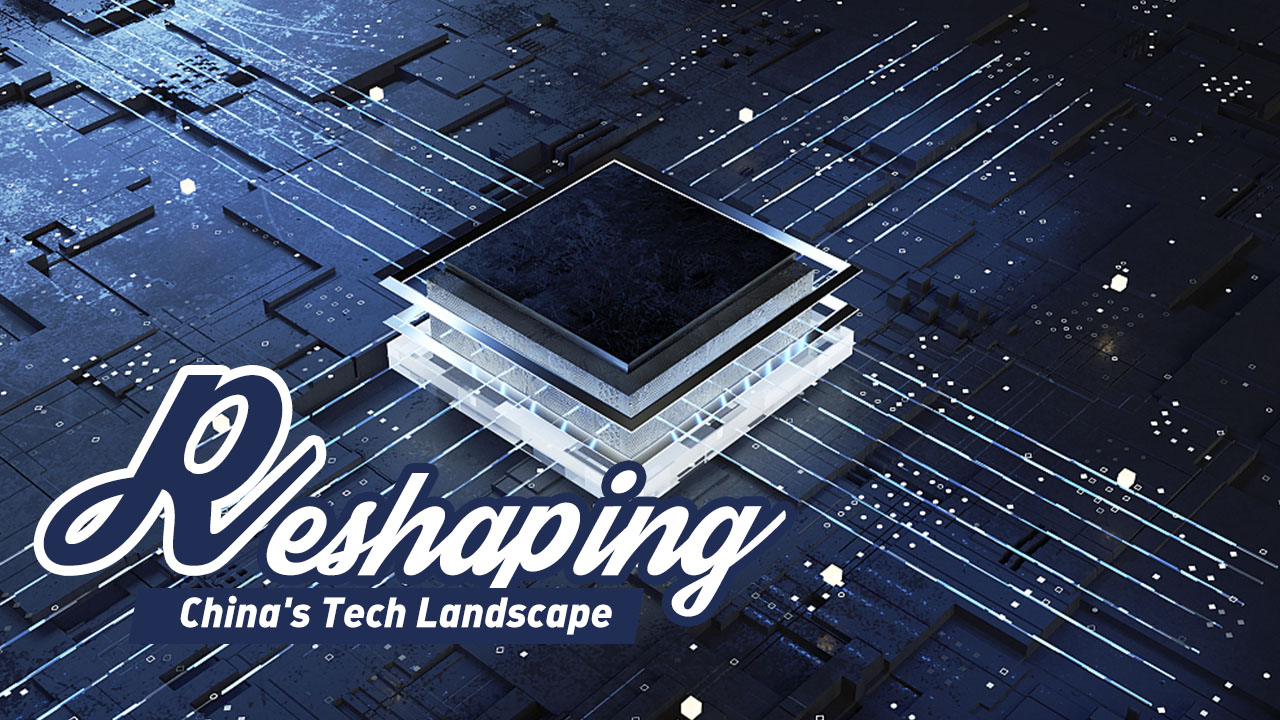 Horizon Robotics, one of the leading artificial intelligence auto chip companies, had six rounds of funding from January to July this year, with a total disclosed funding value of more than $1 billion, making it the company with the largest funding round among all the Asia-Pacific countries over that period.

In 2020, semiconductor companies in China received more than 140 billion yuan ($22 billion) in investment, a 400-percent increase from a year before, according to a research report by Winsoul Capital. Investors scrambled to secure their bets and the money kept pouring in. "We are fortunate that investors are very interested in us," said Zhang Yufeng, vice president of Horizon Robotics, in an interview with CGTN.

Investing in chips, known for their long industrial chain and high barrier to entry, was not this popular in China until last year. Mi Lei, founding partner of CAS Star, a venture capital firm focused on hard tech investment in China, once compared investing in semiconductors to living on the moon. "It got extremely cold in the past few years, but became very hot all of a sudden, just like the polar night was turned into polar day," Mi said in an interview with National Business Daily, a Chinese media outlet. 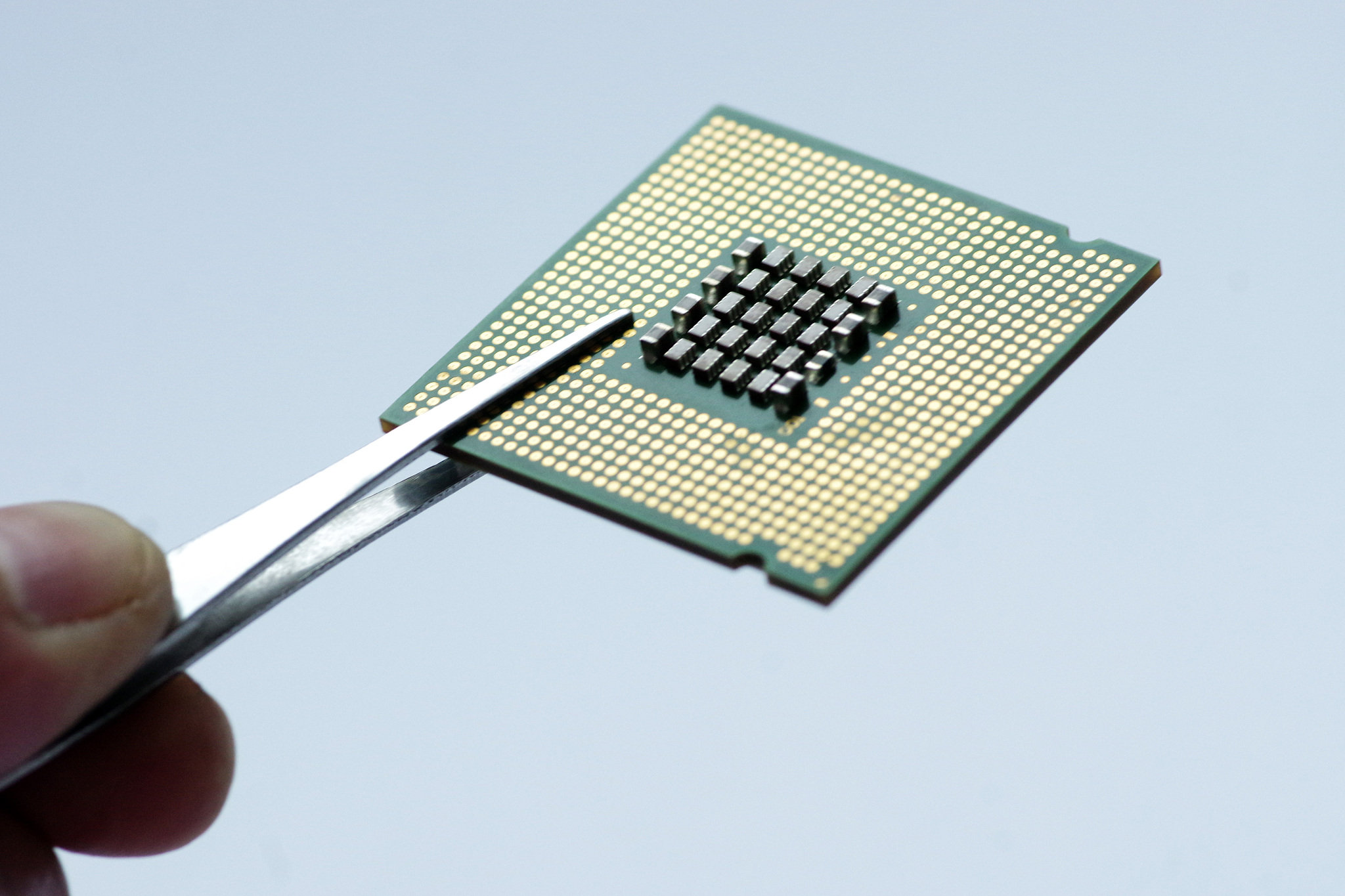 Chinese consumer internet and the 'second half of the game'

For long, consumer internet companies used to get all the allure in China's tech scene. E-commerce giant Alibaba, social media behemoth Tencent and search engine leader Baidu, by pioneering innovative business models and capitalizing on the large consumer market in China, started to outrival their U.S. counterparts in size and become some of the world's most valuable companies.

"In the past 10 years, Chinese venture capitalists invested heavily in consumer internet companies, because traffic was regarded as a key driving force for growth," said Rao Huigang, partner at Galaxy Capital.

In mid-2016, word started to go around that the Chinese internet had started to enter the "second half of the game." The number of internet users in China exceeded 1 billion by June this year, making it the country with the largest internet user base in the world. But the rate of growth is slowing, from a 20-percent year-on-year growth rate before 2011 to single-digit growth in recent years.

"The bonus period of consumer internet is now fully over," said Matthew Brennan, a China-based technology analyst. "The lower-hanging fruits are gone, and the growth opportunities are either going international or going into lower-tier cities."

But as tech startups become industry giants, they managed to maintain their dominance by snapping up small startups in cutting-edge technology, splitting the Chinese internet ecosystem into spheres of interests and thus closing off new sectors to newcomers.

In April, e-commerce giant Alibaba was fined by China's antitrust authorities for forcing merchants to sell goods exclusively on one marketplace, a practice known as "choosing one out of two." A number of other tech firms quickly followed suit and were asked to rectify their antitrust practices, including failing to disclose mergers, signing exclusive contracts, etc.

The investigation later shifted into the realm of data, the new oil of the internet age. Investigations were conducted against Didi, Full Truck Alliance and a few other U.S.-listed Chinese tech companies for violating data security protocols.

"Before, it was very wild in terms of how those companies operated," said Brennan. "Now it's a matter of restoring orders." 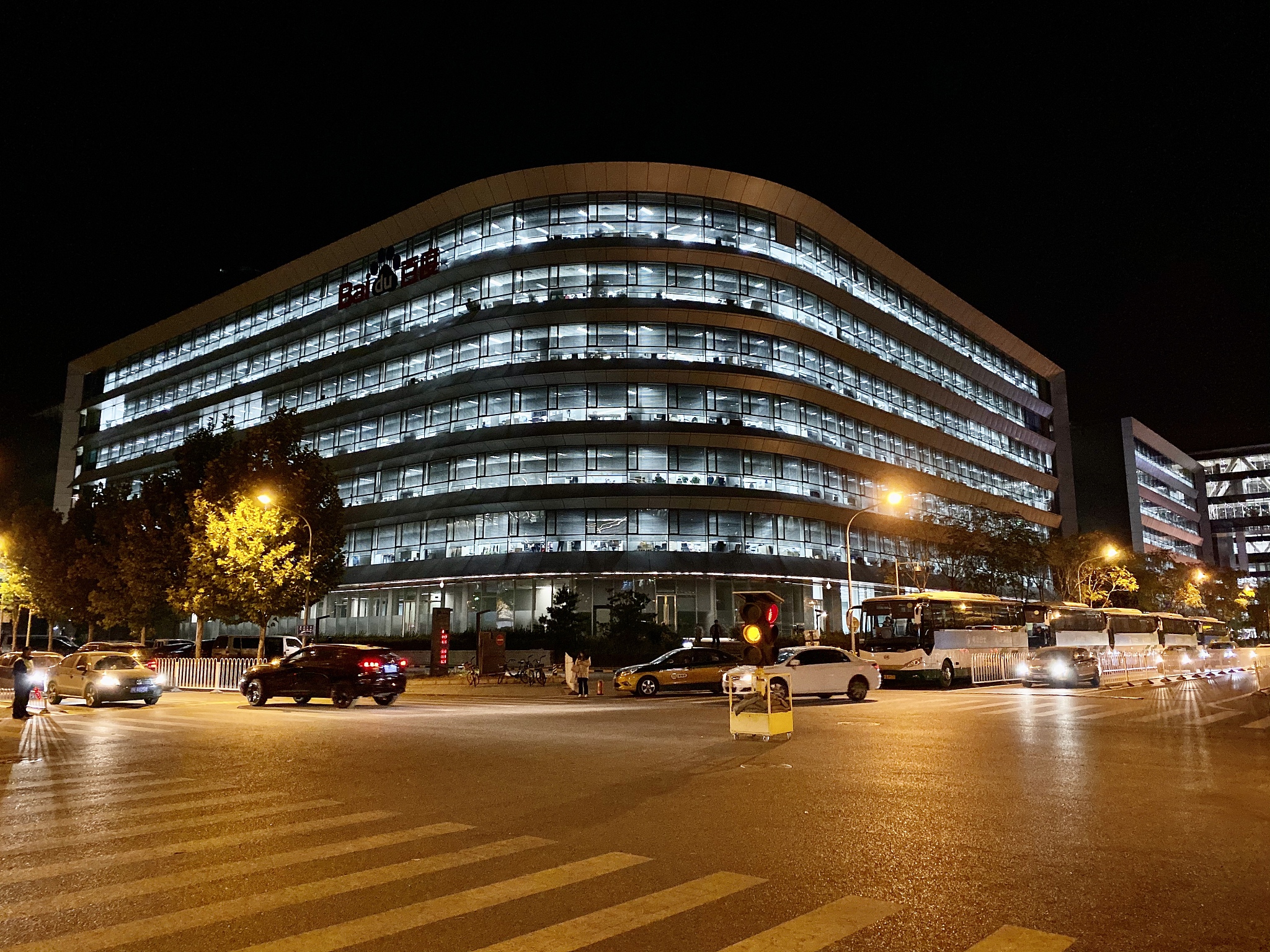 As the rules of the game in consumer internet were reshaped, hard tech came to the limelight in China's tech sector.

In its 13th Five-Year Plan, China placed innovation-driven development strategy as a top priority. Investment funds to boost the development of hard tech were established by the central and local governments. Many of the most active investors in semiconductor companies are state-supported funds, e.g. Shenzhen Capital Group and CAS Investment Management.

To boost investment in hard tech, China launched the Science and Technology Innovation Board in 2019 with lower financial requirements for listing. It has attracted companies such as the chipmaker Semiconductor Manufacturing International Corporation to be listed in the stock exchange.

Previously, because of their asset-heavy nature, hardware companies have found it hard to raise capital. But that is no longer the case because now it takes less time for venture capital and private equity funds to exit their investment, said Wang Xiaolong, research director at ICwise, a Shanghai-based market research company in semiconductor and electronics industry.

More exit options are available. "Now the acquisition market in China is starting to become active. And it has become much easier to go for IPO in China … so that gives venture capitals a very positive outlook to exit," said Miki Watanabe, vice president at SOSV, a global venture capital firm. 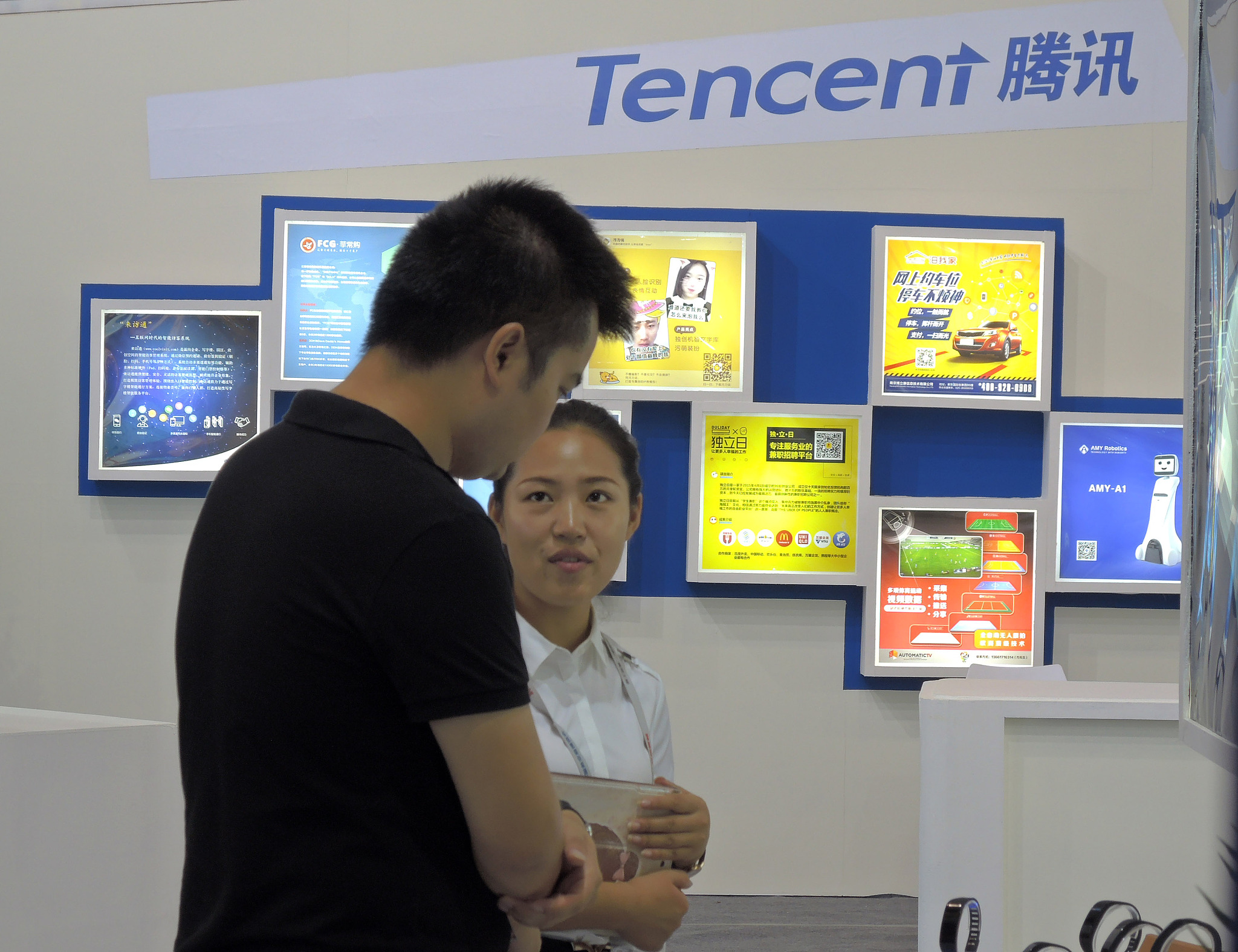 Given that China is moving up the value chain, there is a strong emphasis on manufacturing from the government's perspective, said Brennan. "China has a considerable advantage in manufacturing, having been the world factory for many decades now. Keeping that advantage makes a lot of sense."

Adding to the country's push for tech innovation is a series of tech blockade that the Trump administration launched against China starting 2018. It put Huawei and ZTE on entity lists and banned investments into companies for their purported links to the Chinese military.

The tech blockade prompted us to realize that the foundations of the semiconductor industry in China are shaky, said Wang from ICwise. "We can slow down in our pursuit of the most cutting-edge chips, but we have to strengthen the foundation of the most basic technology, e.g. the manufacturing of 28 nanometer and above chips." 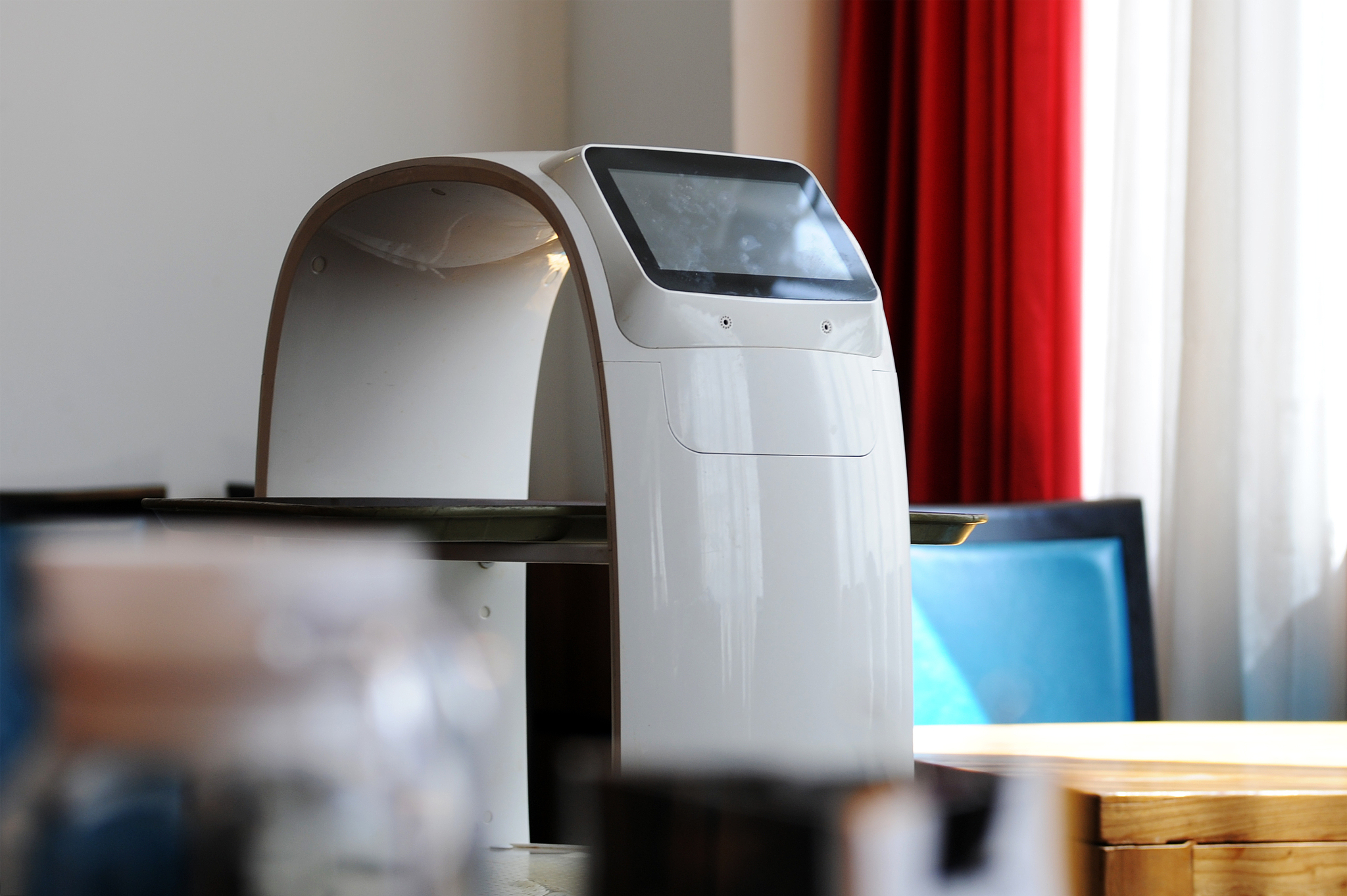 Robot is deployed to deliver food at a restaurant in Beijing. /CFP

Robot is deployed to deliver food at a restaurant in Beijing. /CFP

Where would the future lead?

Now the most cut-throat competition in Chinese tech has played out in chip and electric vehicle businesses.

"They are trying really hard to diversify their businesses, because they can't just do what they are good at," said Watanabe. "Traditional Chinese big tech companies are strong in business models and in software. For deep tech, a lot of them are hardware-related. So instead of developing their own hardware, it makes sense for them to partner with companies to incorporate the existing hardware technology."

Increasingly, some of the tech giants are no longer content with partnering with hardware companies. For example, in the field of chips, many started to build their own in-house chip design teams. Alibaba unveiled its first chip called Hanguang 800 used to power artificial intelligence processes in 2019.

The combination of software and hardware is likely to be the future business model for many Chinese software companies, said Zhang from iiMedia Research. The long-term goal for Chinese internet companies now is to establish ecosystems and the software ecosystem needs to be supported by stronger hardware, he noted.

Even though the firms have network effects that protect them from competition, software in general is a low-barrier industry and firms are required to have hardware expertise and become integrated players in order to gain competitiveness over other players, said Brennan.

In the next 10 years, the key for China tech would be to use digital technologies in sectors to drive and empower the real economy, said Rao from Galaxy Capital. "It is about energizing the supply side of the economy."