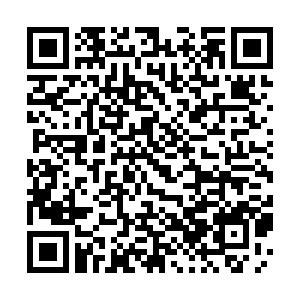 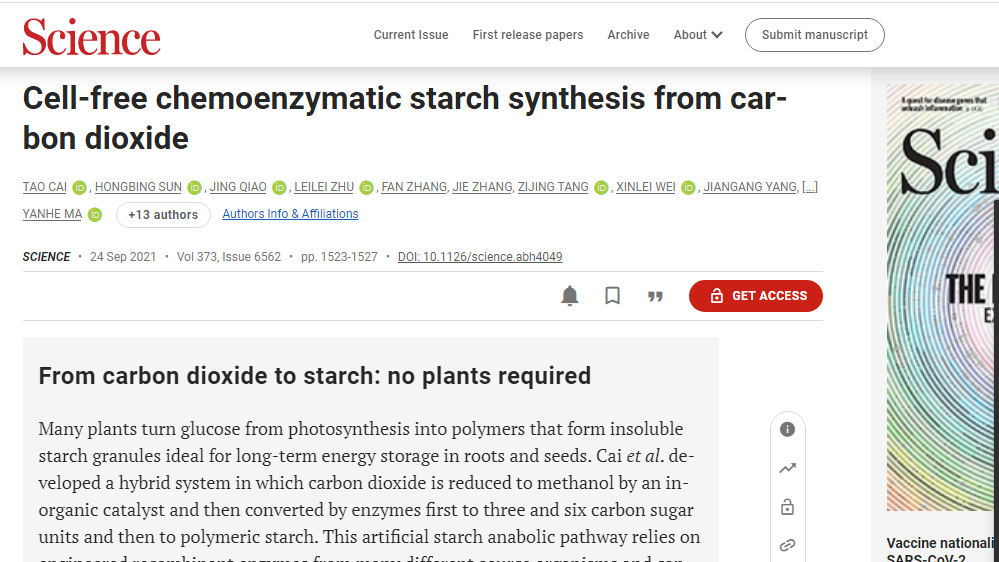 Screenshot of the study from the website of Science.

Screenshot of the study from the website of Science.

Chinese scientists have become the first in the world to develop an artificial method of synthesizing starch from carbon dioxide (CO2).

The study, published online in the journal Science on Friday, was conducted by the Tianjin Institute of Industrial Biotechnology of the Chinese Academy of Sciences.

Starch, a storage form of carbohydrate, is the major component of grain as well as an important industrial raw material.

At present, it is mainly produced by crops such as corn and rice by fixing CO2 through photosynthesis. The process involves about 60 biochemical reactions and complex physiological regulation, with an energy conversion efficiency of only about 2 percent in theory.

The new approach makes it possible to alter starch production from traditional agricultural planting to industrial manufacturing, and opens up a new technical route for synthesizing complex molecules from CO2, said Ma Yanhe, corresponding author of the study.

"In a chemoenzymatic system with spatial and temporal segregation, ASAP, driven by hydrogen, converts CO2 to starch at a rate of 22 nanomoles of CO2 per minute per milligram of total catalyst, an 8.5-fold higher rate than starch synthesis in maize," they elaborated.

Cai Tao, lead author of the study, said that the starch sample synthesized in the new method is "exactly the same as naturally produced starch in terms of its composition and physical and chemical properties."

Theoretically, given enough energy supply, based on the current technical parameters, the annual production capacity of starch in a one-cubic-meter bioreactor equals the annual yield of starch from one-third of a hectare of corn, the team said.

If the overall cost of the system can be lowered to a level economically comparable with agricultural planting in the future, it is expected to save more than 90 percent of arable land and freshwater, according to the researchers.

In addition, it would also help to avoid the negative impact of using pesticides and fertilizers on the environment and ease food shortages, they said.