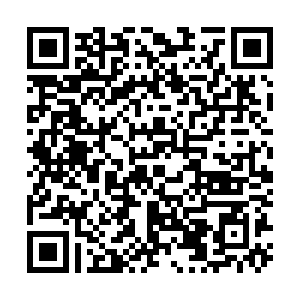 Chief Executive of Hong Kong Special Administrative Region (HKSAR) Carrie Lam said on Thursday that Hong Kong will be an active participant in domestic circulation, referring to the new economic development pattern of "dual circulation" which takes the domestic market as the mainstay while letting internal and external markets boost each other.

Lam made the remarks when attending a high-level meeting of the Hong Kong-Sichuan Cooperation Conference in Chengdu, capital of southwest China's Sichuan Province.

"Hong Kong will continue to capitalize on its strengths, and by leveraging the opportunities of the Chengdu-Chongqing economic circle development, Hong Kong and Sichuan will flourish through deepening win-win collaboration," she said.

The SAR government will actively strengthen its support to Hong Kong businesses in Sichuan, promote exchanges and cooperation between industries of Sichuan and Hong Kong, and help Sichuan enterprises "go global" to expand the market, she said.

At the meeting, Hong Kong and Sichuan reached a consensus in 12 cooperation areas, such as economy, trade, the Belt and Road Initiative, finance, civil aviation, maritime transport and logistics, and innovation and technology.

The two also signed cooperation agreements in key areas such as education, economy and trade, and traditional Chinese medicine.

"Hong Kong's social unrest in 2019 hurt the feelings of mainland compatriots, but I hope that the Sichuan government and its people can support Hong Kong as well as promote the city in the future," Lam said.

Participants in high-level meetings of the Hong Kong-Sichuan Cooperation Conference pose for photographs in Chengdu, the capital of southwest China's Sichuan Province, September 23, 2021. /The provincial government of Sichuan

Participants in high-level meetings of the Hong Kong-Sichuan Cooperation Conference pose for photographs in Chengdu, the capital of southwest China's Sichuan Province, September 23, 2021. /The provincial government of Sichuan

Peng Qinghua, secretary of the Sichuan Provincial Committee of the Communist Party of China, and Huang Liuquan, deputy head of the Hong Kong and Macao Affairs Office of the State Council, also attended the meeting.

Hailing the great achievements between Sichuan and HK in cooperation in industry, science and technology, education, human resources and people's livelihoods, Peng said that he hopes the two sides will jointly promote opening-up and deepen cooperation in more areas.

The first plenary of such a conference was held in Chengdu on May 11, 2018 with the establishment of the cooperation conference mechanism.

On Wednesday, Lam started her seven-day visit to the mainland with stops in Chengdu, Chongqing and Xi'an.

In Chengdu, she will also go to the Pan-Pearl River Delta Regional Cooperation Chief Executive Joint Conference for discussions with government leaders from the provinces of Fujian, Jiangxi, Hunan, Guangdong, Hainan, Sichuan, Guizhou and Yunnan as well as the Guangxi Zhuang Autonomous Region and Macao SAR.

At the invitation of the Chongqing authorities, Lam will visit the municipality for the first time as HKSAR's chief executive and inspect local Hong Kong-invested projects.

Her last stop is in Xi'an, capital of northwest China's Shaanxi Province, where she will attend the closing ceremony of the 14th National Games on September 27. As Hong Kong will co-host the next national games with Macao and Guangdong Province in 2025, Lam will receive the national game's flag with representatives from two other host regions.