Download
Yes, America is back! Look how its agents are treating Haitians
Adriel Kasonta 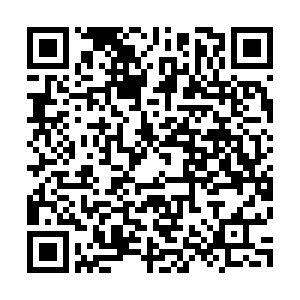 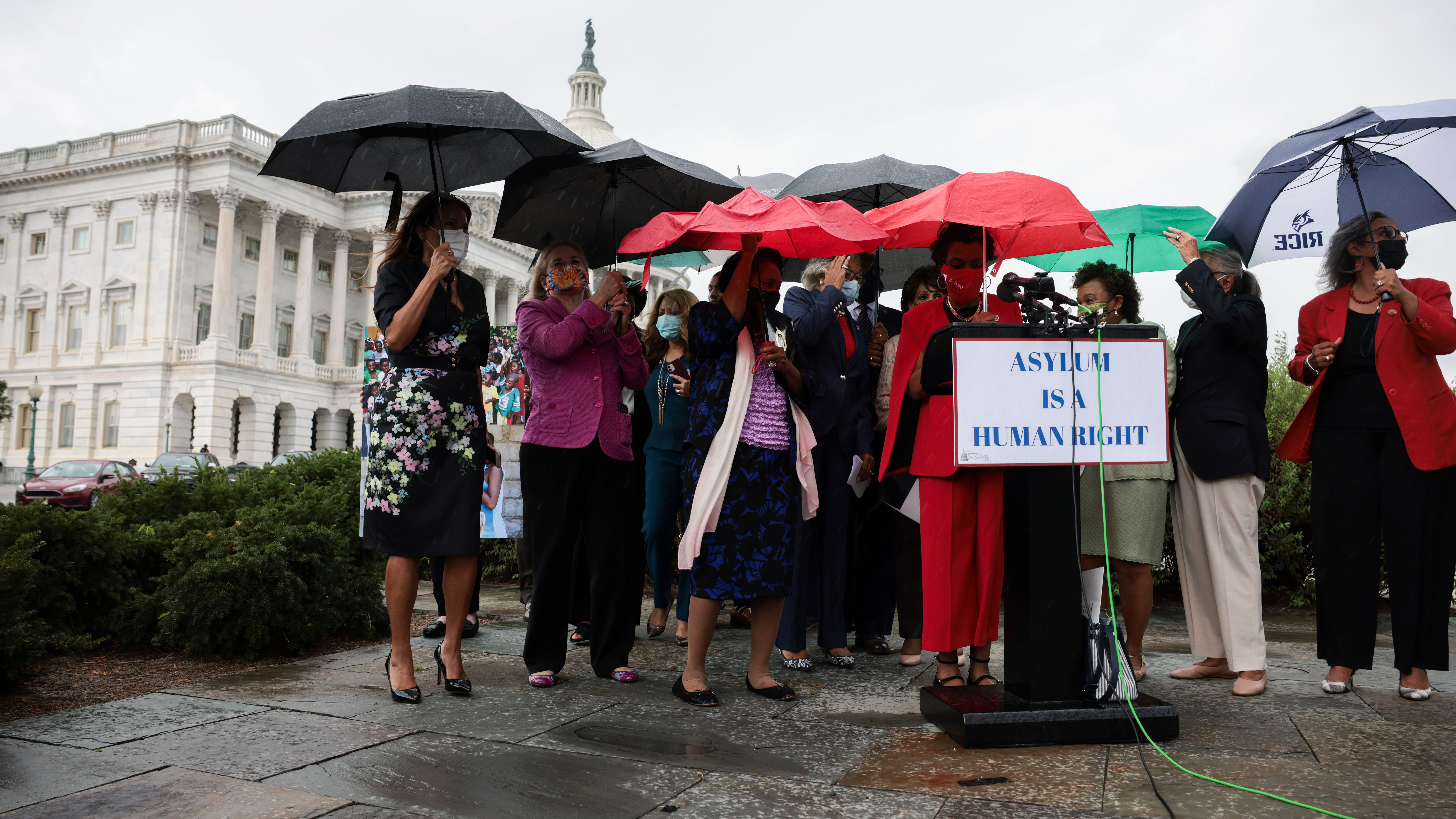 U.S. Representative Yvette D. Clarke and other members of Congress carry umbrellas as they arrive for the start of a news conference on the treatment of Haitian immigrants at the U.S. border in Texas, in Washington, D.C., U.S., September 22, 2021. /Getty

U.S. Representative Yvette D. Clarke and other members of Congress carry umbrellas as they arrive for the start of a news conference on the treatment of Haitian immigrants at the U.S. border in Texas, in Washington, D.C., U.S., September 22, 2021. /Getty

Editor's note: Adriel Kasonta is a London-based political risk consultant and lawyer of Jewish and Tanzanian descent. The article reflects the author's opinions and not necessarily the views and CGTN.

Love him or hate him, you have to admire Joe Biden's chutzpah.

After winning the presidential election and spectacularly claiming that it is "time to turn the page" after four tumultuous years under Donald Trump's predaceous presidency, the Biden administration decided to appeal on Monday against the decision of a federal judge which ruled to block the exercising of Trump-era public health order – allowing the expulsion of migrants without the opportunity to seek asylum.

The order, known as Title 42, came into being in March 2020 and was established by the Centers for Disease Control and Prevention to justify restrictive measures aimed at keeping the 15,000 cap – the lowest since the 1980 Refugee Act was put in place – on the inflow of migrants, obviously under the pretext of limiting the spread of Covid-19.

The current administration decided to go one step further and has used Title 42 to justify the mass expulsion of Haitian migrants who, in recent days, have set up an encampment in and around Del Rio, a small city in Texas. Since then, the U.S. has been deporting many of them without due process to Port-au-Prince, even as the Haitian government pleads for a "humanitarian moratorium" on such removals or sending them fleeing across the Rio Grande into Ciudad Acuna, Mexico.

Haiti is the poorest country in Latin America and the Caribbean, and has experienced numerous natural and political disasters over the last decade or so. In 2010, the country was hit by an earthquake, leaving thousands dead and a million more homeless, and forcing nearly 200,000 Haitians to emigrate to Chile. However, due to racism, anti-immigration sentiment, and the COVID-19 outbreak in the region, many of them decided to further migrate to the U.S. border.

This situation keeps deteriorating. In 2021, thousands of Haitians have fled their home country following the assassination of President Jovenel Moïse on July 7, and the devastating 7.2 magnitude earthquake on August 14. According to the UN, 800,000 Haitians became impacted by the tragedy, with more than 2,000 people dead and 980,000 struggling with "acute" food insecurity.

Despite that, the U.S. doesn't individually assess asylum claims and deports the migrants to Haiti. Hence, two UN agencies voiced their "serious concern" on Tuesday, based on the initial observation of the situation on the ground.

"We are disturbed by the images we've seen and by the fact that we've seen all these migrants and refugees and asylum seekers being transported to Port-au-Prince," Marta Hurtado, the spokeswoman for the UN Human Rights Office, said at a news conference in Geneva.

Meanwhile, Shabia Mantoo, the spokeswoman for the UN Refugee Agency, expressed the concern that some of the people camping out under the bridge in Del Rio "may have well-founded grounds to request international protection." She also added her agency has been calling for an end to Title 42 and for the U.S. to ensure access to asylum for people whose lives depend on it. 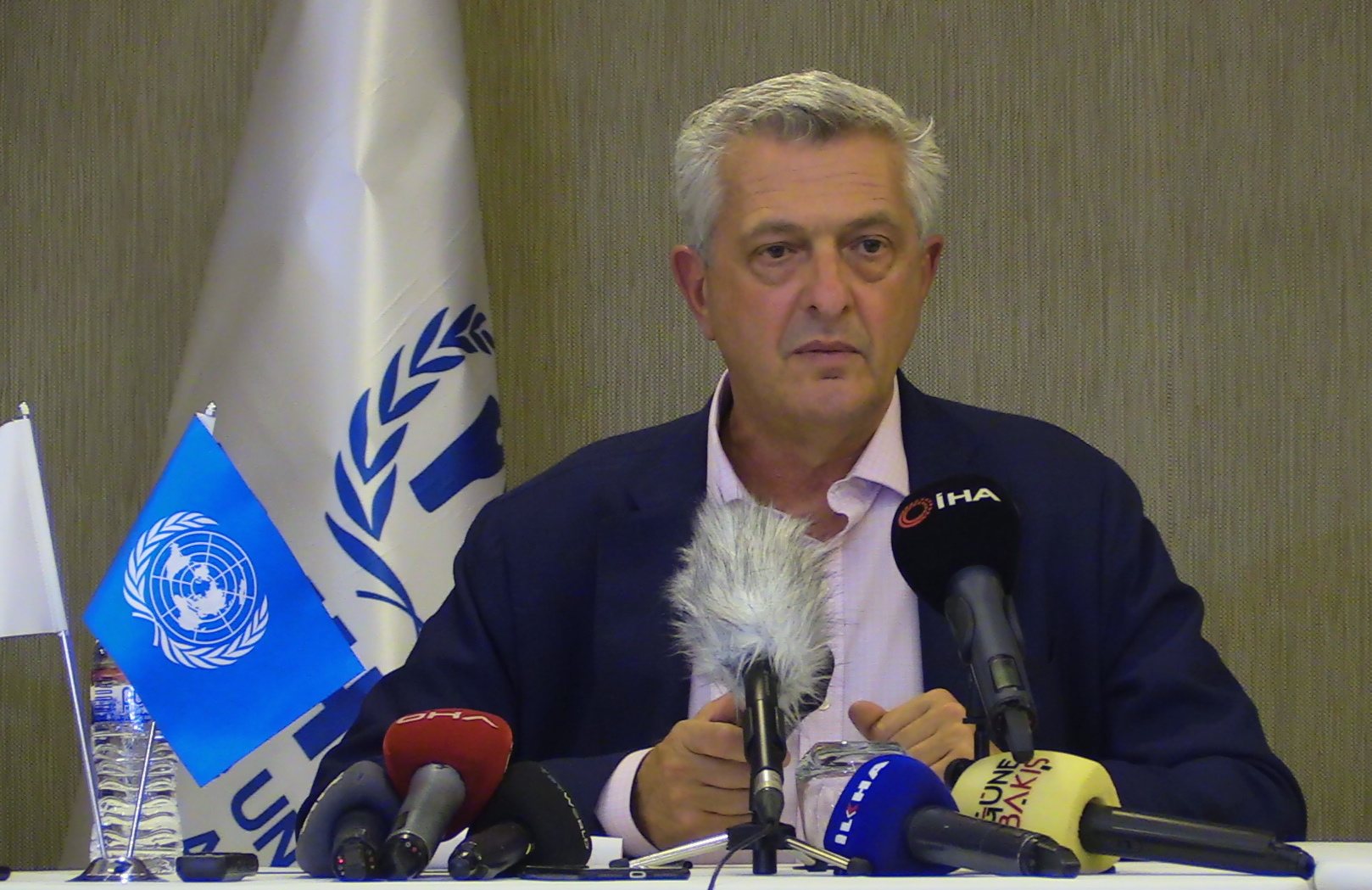 Filippo Grandi, the UN High Commissioner for Refugees, also pushed the U.S. to lift the controversial regulations, explaining they "deny most people arriving at the southwest U.S. land border any opportunity to request asylum."

"The summary, mass expulsions of individuals currently underway under the Title 42 authority, without screening for protection needs, is inconsistent with international norms and may constitute refoulement," said Grandi, referring to the principle of non-refoulement enshrined in Article 33 of the 1951 Convention Relating to the Status of Refugees.

The videos taken by Al Jazeera and Reuters have been the last straw and fuelled public anger. In the videos, U.S. Border Patrol agents on horseback were using leather reins while chasing and harassing Haitian migrants on the U.S.-Mexico border near Del Rio, Texas – something reminiscent of the violence seen during the inglorious slavery era in the U.S.

With the case of enforcing border security being a bipartisan priority, Republicans hope to retake control over Congress in the 2022 midterm elections, and some of them, like Representative Tony Gonzalez, defended the law enforcement agents' behavior by arguing that they were "doing God's work." It is hard to imagine that the U.S. President was referring to his own country by stating at the recent UN summit that "the future will belong to those who embrace human dignity, not trample it."

With Trump topping opinion polls, U.S. voters increasingly appear to regret supporting Biden, and the "America is back" slogan might have meant a slightly different period of the country's short history that most of us probably had in mind.

(If you want to contribute and have specific expertise, please contact us at opinion@cgtn.com.)