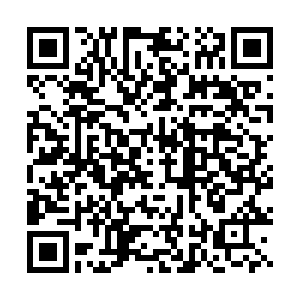 The sun may be setting for German Chancellor Angela Merkel's era as the head of state of Europe's largest economy, but the same cannot be said about her towering legacy.

Merkel has steered Germany and Europe out of several consecutive crises. From ensuring Germany transformed from the "sick man of Europe" to the largest economy of the prosperous continent, opening Germany's borders for millions of refugees who had nowhere to go, and steering the course of German politics from personal attacks to policy discourses, Merkel has done it all.

Merkel will be remembered most for shifting Germany's politics from a männerclub – a club of men – into one where policies were given quite a weight. Her expertise in diplomacy and negotiating with rivals within and outside Germany helped her become one of the most iconic figures in Europe throughout her 16-year rule.

Forbes named her the "most powerful woman in the world" for 10 years, and for a good reason. The German chancellor remains an iconic symbol of women's representation. She supported Ursula von der Leyen, the first female German defense minister and EU Commission president.

Europe has, for the most part, depended on Merkel and her diplomatic skills. The credit to saving Europe and the European currency goes to the German chancellor whose hallmark EU foreign policy was embedded in the iconic and oft-repeated statement: "If the euro fails, Europe fails. We can't let that happen."

She played an instrumental role in creating the EU's rescue fund and debt relief and agreeing to European Central Bank's bond-buying program.

Merkel will always be remembered for her tough stance against Greece, which at the time, many viewed as a cruel view but later came to realize that it was a principled one. She did not even rule out a "Grexit" when talks began in the 2010s to save the Eurozone. She had made no effort to hide her anger at Greece, saying in May 2011 that people in Greece and Portugal retired several years earlier than they did in Germany.

"Yes, Germany helps, but Germany only helps if the others really make an effort, and that has to be proven," she had said in 2011.

The background of the statement was rooted in Germany and Merkel's adopted stance that wanted austerity measures to be introduced in Greece if it wanted international bailouts to rescue itself from a crushing debt crisis.

Another cornerstone of Merkel's European policy was to open its borders to thousands of refugees who arrived on the country's shores from Syria and the Balkans. While many lashed out at the German chancellor for not being cautious enough in her decision to welcome people with open arms, she confidently told opponents and supporters alike, "We can manage this."

When critics accused Merkel of encouraging thousands of refugees to make the dangerous journey across the Mediterranean Sea to Germany, the German chancellor brushed it aside with her politically correct statement: "If we had not shown a friendly face, that's not my country," she said.

Another worrying factor for European countries will be learning to cope with the coronavirus pandemic, climate change and other issues after Merkel is gone. Known for steering Germany and the continent from various crises, her diplomatic skills and ability to work on complex policies with several world leaders will be sorely missed by Europe.

Given her powerful stature across several European nations, her absence from power will impact other leaders, too, most notably French President Emmanuel Macron. The French leader will find himself alone at the center stage for Europe. Faced with an already tough economic situation, Macron will have to deliver on ambitious EU fiscal rule reforms.

Europe will also miss Merkel's ability to work with multiple heads of state within the continent to reach wide-ranging issues. During her tenure, Merkel managed conflicts between the North and the South and the East and the West.

Some, though, wish that with Merkel gone from the leadership role in Germany, others will have a chance to take more responsibility and end Berlin's dominance of the union. That seems difficult at the moment, for Merkel did establish Germany as the continent's economic powerhouse.

Political pundits, however, are wary of another factor when Merkel steps down from her post: the baton of leadership being passed from Germany to France.

Relations between the two nations may become frostier as France would attempt to overtake Germany as the region's "superpower," with Macron already showing signs of preparing for a more dominating role in the region.

Macron has been increasingly moving towards voicing reservations over the EU's fiscal rules, asking the EU to relax rules when it comes to member states' budget deficits and debt-to-GDP levels.

On the other hand, analysts have said Germany is too preoccupied with its internal problems to focus on Macron's ambitious plans to steer France ahead of Germany.

Leaders come and go. However, Merkel's absence from power after over a decade and a half will certainly prove to be a setback for the German nation that has loved to lead the EU, courtesy of its sound economic policies.

(Mr. Zahid Hussain Khan is currently doing a fellowship at the Center for European Integration in Bonn, Germany. He has 15 years of working experience as a journalist.)