Download
China will never be obstacle to entry into force of CTBT: envoy
CGTN 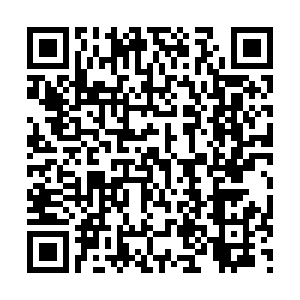 China reiterated on Friday that it will never be an obstacle to the entry into force of the Comprehensive Nuclear-Test-Ban Treaty (CTBT).

"I would like to reiterate that China will never be an obstacle to the entry-into-force of the CTBT," Geng Shuang, China's deputy permanent representative to the United Nations, told the 2021 Conference on Facilitating the Entry-into-Force of the Comprehensive Nuclear-Test-Ban Treaty.

"As one of the first signatories of the CTBT, China has always firmly upheld the purposes and objectives of the treaty," he said. "The Chinese government has all along strictly honored its commitment of moratorium on nuclear testing."

With the international security situation undergoing profound and complex changes, Geng said it was particularly important to bring the treaty into force but that requires collective, unremitting efforts of the international community.

He set out five things that need to be done.

"First, we need to practice true multilateralism," he said. "We should resolve disputes and differences through dialogues and consultations, and eradicate the root causes for the existence and proliferation of nuclear weapons, so as to create a favorable political environment for the entry-into-force of the treaty.

"(Second) We need to reject the Cold-War mentality. We should oppose the pursuit of absolute military superiority, and strive to maintain global strategic stability, so as to create the necessary security environment for the entry into force of the treaty.

"Third, we need to oppose willful withdrawals from treaties or agreements. We should firmly defend the integrity, authority and effectiveness of the existing international arms control regime, so as to provide a firm institutional guarantee for the entry into force of the treaty.

"Fourth, we need to strengthen international consensus. We should continue to advocate the complete prohibition and thorough destruction of nuclear weapons and further raise people's awareness on nuclear-test-ban, so as to inject strong political impetus for the entry-into-force of the treaty.

"Fifth, we need to advance the preparatory work. We should promote the development of the International Data Center, the International Monitoring System and the On-Site Inspection Regime in a comprehensive and balanced manner, so as to lay a solid technical foundation for the entry-into-force of the treaty."