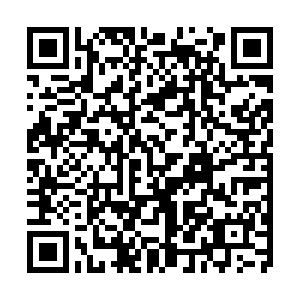 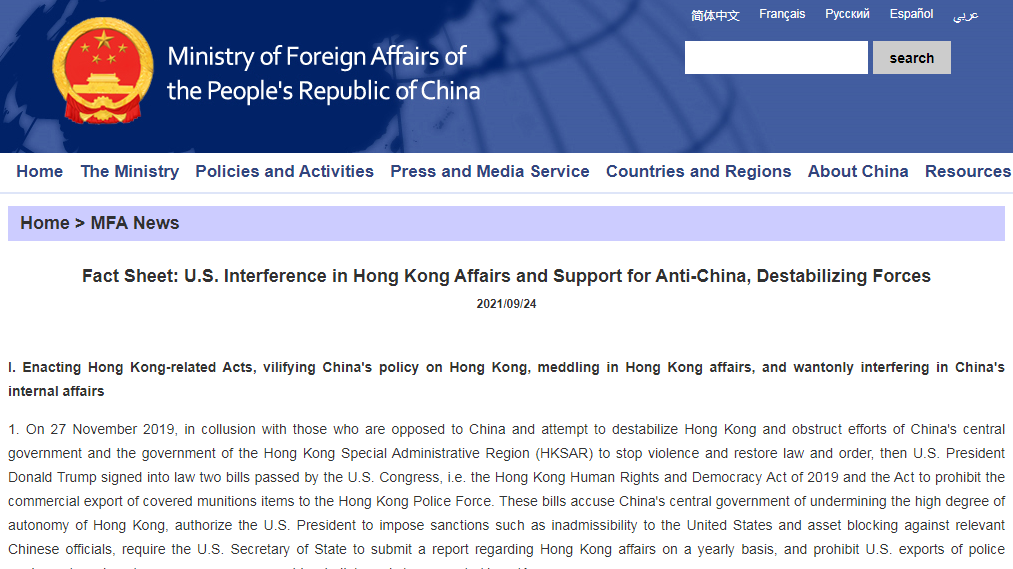 Editor's note: Grenville Cross is a senior counsel and professor of law, and was previously the director of public prosecutions of the Hong Kong SAR. The article reflects the author's opinions and not necessarily the views of CGTN.

In recent years, China's achievements have surpassed all expectations, and the United States has become increasingly paranoid. It realizes its post-war hegemony can no longer be taken for granted, and that its star is slowly fading. Ever since the UK-based Center for Economics and Business Research reported in December 2020 that China will overtake the U.S. to become the world's largest economy by 2028, five years earlier than previously forecast, it has been panic stations in Washington D.C.

The U.S., however, faces massive problems, and they are getting worse. It is burdened with a huge national debt, standing at $28.4 trillion in August, about $1.7 trillion more than a year earlier. Its foreign policy is a shambles, with the Afghanistan debacle being but the latest example, and even its closest allies are appalled by its incompetence and duplicity. Indeed, after the AUKUS deal between the U.S., Australia and the UK was sprung on an unsuspecting world on September 15, France, which was cheated out of a submarine contract, denounced it as a "stab in the back", and, for the first time ever, withdrew its ambassador from Washington D.C.

Instead, however, of taking a long, hard look at itself, the previous and present U.S. administrations have resorted to scapegoating China, hoping to deflect attention away from their own woes. Although most of its problems are of its own making, the U.S. has sought to blame China not only for its own ills but also those of the world, thereby laying the groundwork for hostile interventions. It has decided that one of the ways of dealing with China is by fomenting internal dissent and spreading misinformation about it, just as it has done in its efforts to weaken Russia.

On June 9, 2019, when the protest movement in Hong Kong and its armed wing declared war on society, ostensibly over the SAR government's fugitive surrender bill, the U.S. saw its chance. Although the proposals would have facilitated the return of criminal fugitives to 177 jurisdictions, subject to court oversight, and were entirely reasonable, the U.S., to inflame tensions, demonized them, and provided every encouragement to the protesters.

Indeed, on August 6, 2019, at the height of the violence in Hong Kong, the U.S. Consul General's political counselor, Julie Eadeh, met covertly with protest leaders, including Joshua Wong Chi-fung and Nathan Law Kwun-chung, at a local hotel, presumably to share U.S. views on the insurrection and provide ongoing advice.

Again, after Brian Leung Kai-ping, one of the rioters who trashed the Legislative Council complex on July 1, 2019, causing damage estimated at HK$50 million ($6.4 million), fled the city, he was not only welcomed to the U.S., but also invited to the Congress as an honored guest.

Instead of denouncing the rioters who were bringing death and destruction to Hong Kong streets, the then Secretary of State Mike Pompeo endorsed the protest movement's demands, supported their anti-police agenda, and sought to blame the government for the insurrection.

Even when the protest movement targeted the rule of law by firebombing the courts and threatening the judges, Pompeo and his cronies continued to lionize the protest leaders, and to whitewash their excesses. It was, by any yardstick, partisanship of the worst sort, and represented a new low in U.S. foreign policy.

Even when anti-China legislators, linked to the protest movement, sabotaged the work of the Legislative Council, preventing the passage of legislation for nearly seven months in 2019-20, the U.S. condemned the initiatives taken to get things back on track. Even though it would never have tolerated obstructionism of this type at home, it expected the authorities to allow it in Hong Kong, although the name of its game was, of course, mischief-making.

But with the exclusion of legislators bent on mayhem, and their replacement with responsible citizens committed to the well-being of Hong Kong and the national good, the city now has the prospect of effective governance. 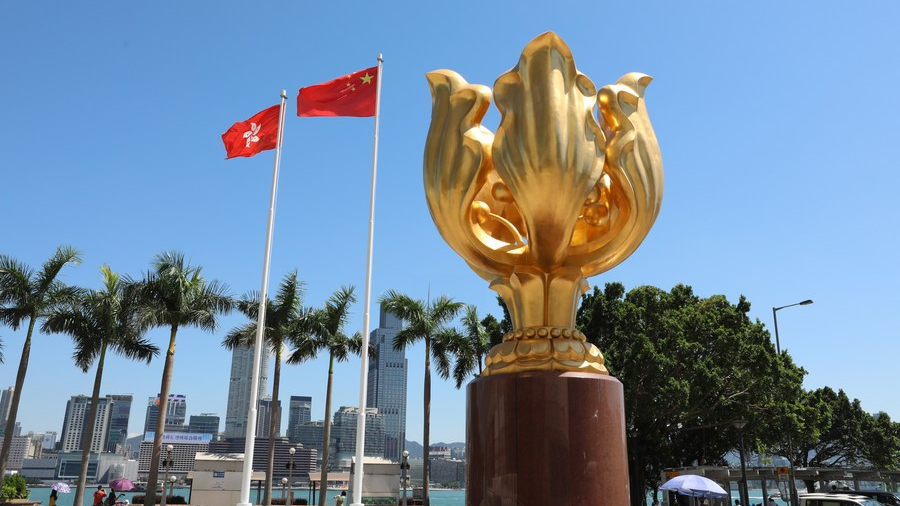 Working through front organizations, the U.S. provided multifaceted support to the protest movement and its allies throughout the insurrection. They included various U.S.-based entities, including the National Endowment for Democracy, always generous with its cash when opponents of the Hong Kong SAR government came knocking, and the U.S. Agency for Global Media.

It has also now come to light that various other U.S.-backed groups were complicit in the uprising, including the Oslo Freedom Foundation, the Albert Einstein Institute and the Centre for Applied Nonviolent Action and Strategies, which, despite their fancy names, all had sinister agendas. Although many of them operated in the shadows, this cannot be said of the U.S. Strategic Competition Act 2021, which allocated $10 million for the promotion of "democracy in Hong Kong", a euphemism for stirring up trouble.

Once, however, the National Security Law was enacted, it provided the Hong Kong Special Administration Region (HKSAR) government with the tools it required to save the city's way of life and capitalist system, and put an end to undercover operations by foreign powers. The U.S., however, responded by imposing sanctions on the city, revoking its favorable trade status, and suspending the agreement on surrender of fugitive offenders with the HKSAR.

Not once, however, did the U.S. explain how it thought damaging Hong Kong like this would in any way benefit its people, which was revelatory. Perhaps more than anything else, its inability to justify its actions highlighted not only its determination to undermine China by ruining Hong Kong, but also its willingness to throw a long-standing friend under the bus, just as it has now done to France, which also made the mistake of trusting it.

The U.S. attempts to destabilize Hong Kong are a disgrace, as well as a betrayal. The lengths to which it was prepared to go to hurt China beggar belief, and they have now been chronicled for all to see by the China's Ministry of Foreign Affairs. On September 24, it issued a Fact Sheet entitled "U.S. Interference in Hong Kong Affairs and Support for Anti-China Destabilizing Forces", which is highly detailed and a real eye-opener. It exposes cynical, comprehensive and intensive efforts by a global bullyboy to ruin one of the world's most successful cities, and is essential reading for anybody wishing to know the depths to which the U.S. is prepared to sink.

Quite clearly, if the evidence contained in the Fact Sheet were to be presented in a court of law responsible for trying the U.S. for willful depredations against Hong Kong and its people, the only possible verdict would be "guilty as charged." This, alas, will never happen, but great comfort can nonetheless be derived from the city's survival, against all the odds.

Although, at one point, China's adversaries thought they could bring Hong Kong to its knees and destroy the "one country, two systems" policy, they have, after the nation rallied round, been decisively thwarted. Indeed, with the Central Government's steadfast support, the city has emerged from its experiences stronger than ever, and can now face its future with renewed confidence.