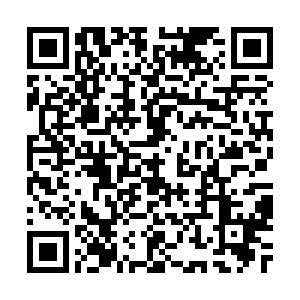 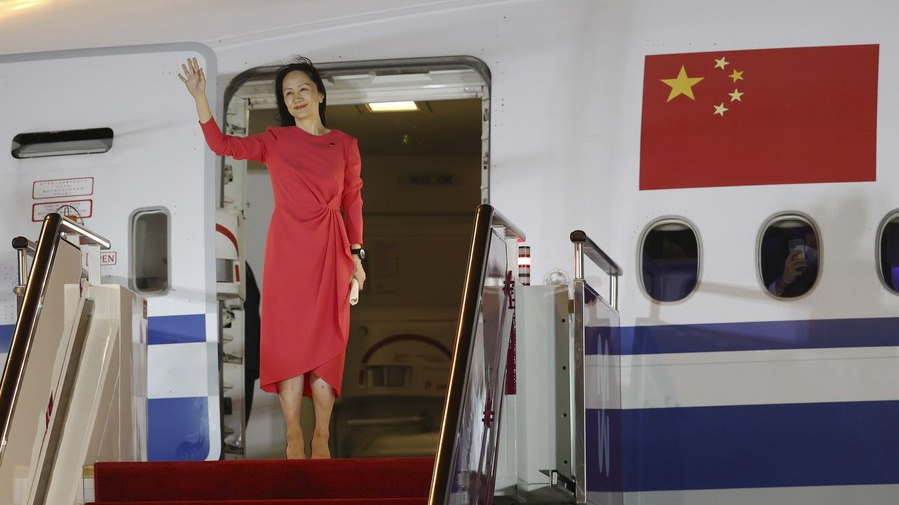 Meng Wanzhou waves to a cheering crowd as she steps out of a charter plane at Shenzhen Bao'an International Airport in Shenzhen, south China's Guangdong Province, September 25, 2021. /Xinhua

Meng Wanzhou waves to a cheering crowd as she steps out of a charter plane at Shenzhen Bao'an International Airport in Shenzhen, south China's Guangdong Province, September 25, 2021. /Xinhua

The live broadcast of Huawei executive Meng Wanzhou's return from Canada on Saturday night was a massive hit in China, drawing 400-million "likes" from netizens who followed the story on China Media Group (CMG)'s mobile and web platforms, said CMG President Shen Haixiong on Sunday at a media industry event in Shanghai.

Meng, the Chief Financial Officer of Chinese technology company Huawei, touched down in Shenzhen, south China's Guangdong Province on Saturday night after nearly three years of detention in Canada at the request of U.S. government.

On Friday, U.S. prosecutors agreed to drop extradition proceedings against the Huawei CFO, who thanked China for bringing her home in a speech upon arrival.

"Finally, I am home," Meng said in front of a crowd of supporters, who waved the Chinese flags and held up a banner saying "Welcome home, Ms Meng Wanzhou" at the airport.

A total of 400 million Internet users – a number larger than the populations of the U.S. and Canada combined – reacted to the news by clicking "like" on the platforms, Shen noted.

"This is the will of the people," Shen said. "The motherland is the strong backing for the Chinese people."

At the Shenzhen airport, Meng expressed gratitude to everyone who was concerned about her and thanked all the relevant departments for their support. "They have firmly safeguarded the legitimate rights and interests of Chinese companies and citizens," she said.

She also extended well wishes to her home country ahead of the National Day, which falls on October 1.