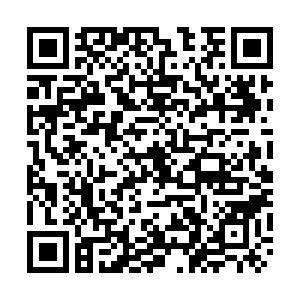 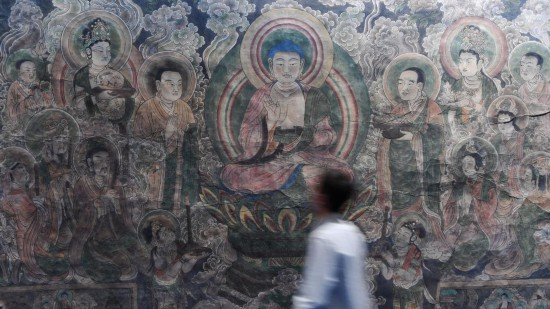 Over 300 relics and replica from Mogao Caves are exhibited in Dunhuang, Gansu Province, northwest China. /Xinhua

Over 300 relics and replica from Mogao Caves are exhibited in Dunhuang, Gansu Province, northwest China. /Xinhua

Over 300 cultural relics of Mogao Caves brought from foreign collections and across China are exhibited in Dunhuang, the place of their origin in northwest China's Gansu Province. Among them, over 200 pieces are replicas of the original relics that are still scattered overseas.

In the past hundred years, with the joint efforts of Dunhuang scholars at home and abroad, the quantity, content and value of the Dunhuang cultural relics from the caves have been identified. However, the items scattered overseas have never returned.

"The UK has the most, France has the best, Russia has the most varieties, while those in Japan are the most secretive, this is how people described about the distribution of the cultural relics from the Sutra Cave," said Ji Yanan, exhibition department director of Jiuquan Museum.

To better protect and inherit Dunhuang's artistic treasures, generations of Dunhuang scholars have, over the past hundred years, gone through untold hardships to copy rubbings, sort out and collect the cultural relics scattered abroad, and bring them back in various ways, so that more people can see the excellent traditional culture of Dunhuang and China at large.

The core part of the exhibition is a selection from the British Museum, the British National Library, France's Guimet Museum, the Metropolitan Museum of New York, and other foreign collections of the Dunhuang Caves of cultural relic's replicas, according to Ji.

Through 3D scanning technology, the exhibition presents a high-definition reproduction of the lost historical relics from Dunhuang Cave such as silk paintings, paper paintings, linen paintings, and scrolls of Northern and Southern dynasties (420-589 BC), Sui and Tang dynasties (581-907), five dynasties (907-960), and Northern Song dynasty (960-1127).

It is worth mentioning that the exhibition recreates the scenario in the cave through light and sound, which allows visitors to have a fully immersive experience.