Download
Back to prosperity: The revival of rare species in China
CGTN 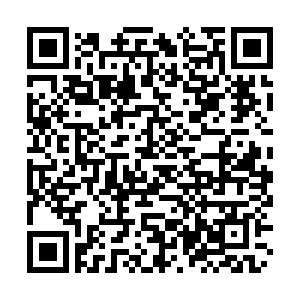 This October, the People's Republic of China (PRC) will celebrate its 72nd founding anniversary. From 1949 to 2021, China has seen rapid development not only in economy and technology but also in ecological restoration. Many rare species were successfully saved from the threat of extinction.

Dubbed "China's National Treasure," the giant panda is one of the most famous species that has been saved from the edge of extinction. The population was once big, but threatened by habitat shrinking and low birth rate due to reasons like food shortage, the giant panda soon became rare in the wild.

To save it, the PRC government decided to set up a national nature reserve in southwest China's Sichuan Province, one of the habitats of the wild pandas. Wolong National Nature Reserve, for example, was established with an initial size of about 20,000 hectares in 1963, and was expanded in 1975 to about 200,000 hectares. China has also cooperated with the World Wide Fund for Nature (WWF) to provide adequate protection for the species.

In July 2021, thanks to the joint efforts of the government and organizations, China's Ministry of Ecology and Environment announced that giant panda is no longer endangered in the country. According to a report, the giant panda population in the wild increased from 1,114 to 1,864 between the 1980s and 2021.

Other endangered animals, such as the crested ibis, milu deer and Chinese alligator, also saw an increase in their population. By publishing and revising the laws and regulations regarding the country's wildlife conservation status, establishing different levels of nature reserves and raising public awareness of wildlife protection, China has gradually brought back numerous rare species from the brink of extinction. Its goal is to build a society where humans and wildlife can thrive together.