Download
For the Quad, anything is historic
Hannan Hussain 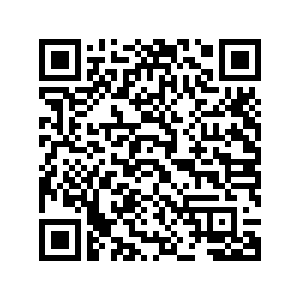 As leaders of Australia, India, Japan and the United States met in Washington for their first in-person meeting, perhaps the grouping's only measure of history is this transition: from virtual to in-person.

"Together, we recommit to promoting the free, open, rules-based order, rooted in international law and undaunted by coercion, to bolster security and prosperity in the Indo-Pacific and beyond," stated the leaders. Firm emphasis on ideology to advance contested regional goals is the very definition of coercion.

Consider the preposterous notion that the UN Convention on the Law of the Sea (UNCLOS) – the gold-standard for addressing peace, stability and dispute sensitivities in the South China Sea – is upheld by the Quad's so-called championship of the "maritime rules-based order."

What escapes the alliance once again is the fact that UNCLOS cannot be weaponized in the Pacific to effectively disregard the region's territorial integrity, complimented in part by developments beyond the Quad's toxic rules-based discourse: sustained momentum for a South China Sea Code of Conduct by all relevant parties, and the demonstrated weight of the Association of Southeast Asian Nations (ASEAN) on non-interference.

The latter is particularly relevant to Friday's joint statement. After all, the Quad's support for ASEAN's unity is predicated on the assumption that ASEAN's regional outlook in the Pacific has favorable overlap with what the Quad insists must be seen as "the heart of the Indo-Pacific region." Another sign that the Quad's maritime security overreach is undergirded by imagined realities.

Interestingly, lofty promises of the recent past – such as reliable COVID-19 vaccine supply targets for Southeast Asia and claimed Quad expertise on health security – also fall flat. By the alliance's own admission, some 79 million vaccines have been supplied to countries in the Indo-Pacific so far.

That is only a fraction of progress towards the Quad's one-billion vaccine supply target set for the broader Asia by 2022's year-end. Unmet expectations on supply chains for vaccine production add to an immediate reality check: the Quad's controversial vaccine diplomacy campaign is in dire need of sober introspection, not persistent overconfidence.

Informed critics sensed such trendlines as coming. A key weakness is the Quad's direct and implied opposition towards China – its technological genius, its anti-pandemic interventions, its diversification of assistance in the Pacific. All of which ensure that any Quad commitment on multilateralism, universal rights and shared values would be all but tethered to containment. 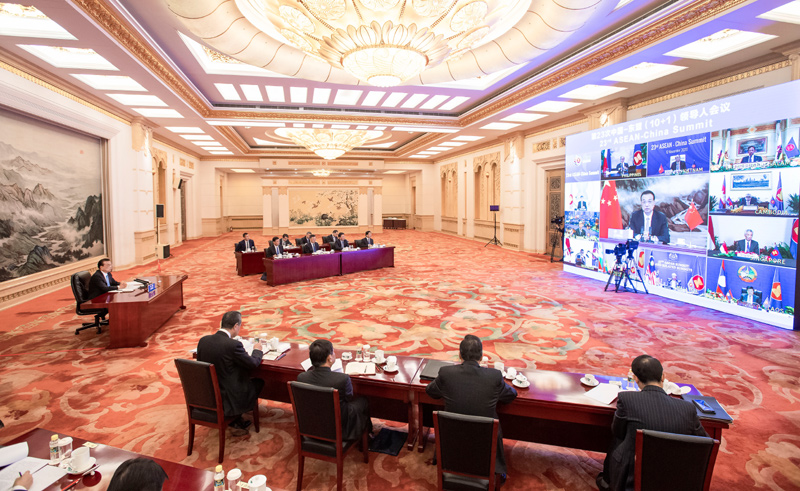 Chinese Premier Li Keqiang delivers a speech at the 23rd China-ASEAN Summit via video link at the Great Hall of the People in Beijing, China, November 12, 2020. /Xinhua

Chinese Premier Li Keqiang delivers a speech at the 23rd China-ASEAN Summit via video link at the Great Hall of the People in Beijing, China, November 12, 2020. /Xinhua

Look no further than the Quad's newfound aspirations for "secure, open, and transparent 5G and beyond-5G networks." It is not a coincidence that the Quad is marketing this pivot as an opportunity to convince countries to diversify away from existing 5G arrangements. The Quad's stated assumptions are important as they echo the failed efforts of Washington to stymie China's deployment of world-leading 5G networks with a host of its own allies, built around similar insecurities.

Though Friday's joint statement doesn't mention Beijing by name, it carries forward key ideological determinants from the U.S. playbook: the new 5G arrangements will represent the Quad's version of "shared values," and what the grouping construes as "respect for universal human rights."

There is more. On democracy, for instance, the Quad's end-goals are riddled with contradictions. A case in point is Myanmar. Leaders, several of which remained cynical of ASEAN's five-point consensus, are all of a sudden interested in campaigning for its "urgent implementation."

On the relevance of the UN to denuclearization momentum in the Korean Peninsula, Quad states invoke the specter of confrontation by putting the onus of UN obligations, force restraint and substantive denuclearization dialogue on a single party – an instinctive approach to diplomacy that fails to convince regional proponents of cooperative security principles in the Peninsula.

"We will deepen our cooperation in multilateral institutions, including at the United Nations, where reinforcing our shared priorities enhances the resilience of the multilateral system itself," declared the Quad states.

And therein lies the grouping's underlying perils: it parades past pledges as progress, forecasts future leadership as a given, but delivers next to nothing tangible at present in the service of multilateralism.