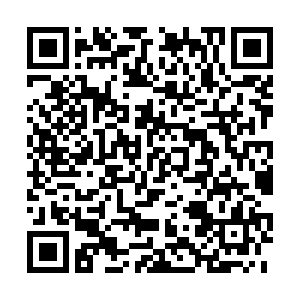 Overseas Chinese should learn the patriotic spirit highlighted in the 1911 Revolution to undertake the mission of the reunification of the motherland, officials and heads of social organizations have said.

They made the remarks at events commemorating the 1911 Revolution, also known as the Xinhai Revolution, chinaqw.com reported. The revolution ended imperial rule in China and spread the ideas of democracy and equality in Chinese people's mind.

"We gathered here today to commemorate the 110th anniversary of 1911 Revolution, remember the heroic deeds which Sun Yat-sen and his companions did to realize a national rejuvenation," said Chen Peijie, Chinese Consul General in Sao Paulo, at a forum held by Chinese Brazilian Alliance for China's Peaceful Reunification in Sao Paulo on the night of September 22.

"The Communist Party of China – which was founded 10 years after the 1911 Revolution – had continued Sun's democratic revolutionary cause and undertaken the responsibility of national rejuvenation," Chen added.

"Chinese compatriots keep undertaking the responsibility of national rejuvenation and reunification of the motherland, support the mainland's development all along and contribute to the Chinese Dream characterized with the great revitalization of Chinese nation," said Ye Zhouyong, acting president of Associacao Chinesa Do Brasil.

On the same day, a forum on the cross-Strait ties was held and a photo gallery was displayed to commemorate the revolution in Ottawa, Canada.

Participants agreed that Chinese compatriots in Canada will further their determination and confidence in the reunification of the motherland and work to promote a peaceful reunification.

Acknowledging the important role of Chinese migrants in Canada in the success of 1911 Revolution, Chinese Ambassador to Canada Cong Peiwu said, "Sun's ambition of national rejuvenation should be a common pursuit of Chinese compatriots living in both sides of the Taiwan Straits."

"To commemorate the 110th anniversary of the revolution is to remember the history and unite Chinese from home and abroad to strive for the national rejuvenation and the reunification of motherland," Cong added.

In recent days, Hong Kong and cities on the Chinese mainland held activities to commemorate the 110th anniversary of the revolution, which took place on October 10, 1911.

On Monday, the People's Bank of China, the country's central bank, issued a set of silver-made commemorative coins to mark the anniversary.