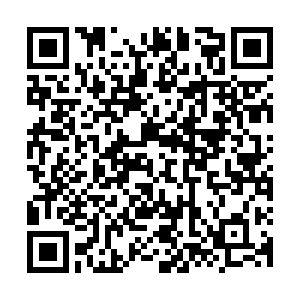 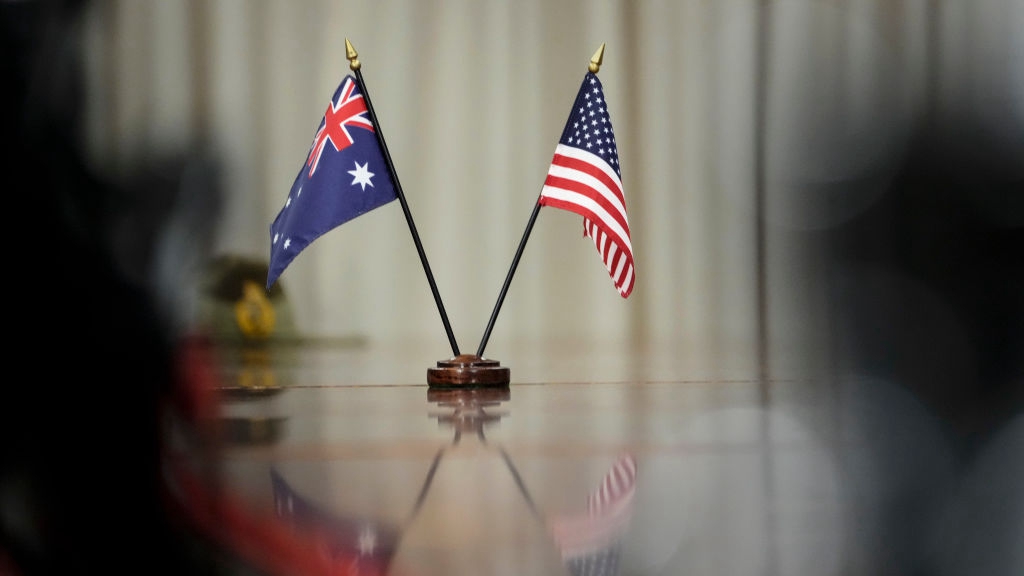 Australian and American flags sit on the table during a meeting between Prime Minister of Australia Scott Morrison and U.S. Secretary of Defense Lloyd Austin at the Pentagon in Arlington, Virginia, September 22, 2021. /Getty

Australian and American flags sit on the table during a meeting between Prime Minister of Australia Scott Morrison and U.S. Secretary of Defense Lloyd Austin at the Pentagon in Arlington, Virginia, September 22, 2021. /Getty

The Asia-Pacific is the most economically significant region in the world, but it's also among its most volatile after the U.S. began to destabilize it as part of its grand strategic campaign to "contain" China. It was already troublesome enough that America started meddling in China's internal affairs in the Hong Kong Special Autonomous Region, the Taiwan region and the Xinjiang Uygur Autonomous Region, but it also created two complementary military alliances against China: the Quad between itself, Australia, India, and Japan, and AUKUS with Australia and the UK.

The second-mentioned one is especially dangerous because its flagship project aims to outfit Australia with a fleet of nuclear-powered submarines. As it presently stands, only those countries with nuclear weapons have been able to field such vessels, so this will be the first time that a non-nuclear-armed state will have them. Indonesia and Malaysia have warned that these risks may trigger a regional arms race, with Kuala Lumpur especially worried about a nuclear one.

AUKUS' nuclear dimension already seems to have emboldened Japan. Two of the contenders to lead Japan's ruling Liberal Democratic Party following incumbent Prime Minister Yoshihide Suge's decision not to seek re-election at the end of this month, former Foreign Minister and Defense Minister Taro Kono and former Minister of Internal Affairs and Communications Sanae Takaichi, are in favor of exploring the possibility of their country's own nuclear-powered submarine fleet.

What's so disturbing about their interest in these systems is that Japan is the only country to have suffered from nuclear attacks, which were launched against it by its now-American ally in the final days of World War II. The Japanese public is therefore extremely sensitive about all nuclear-related issues, especially after the 2011 Fukushima nuclear disaster. Furthermore, Japan is supposed to follow a policy of pacifism per its post-war constitution, yet wanting to field a fleet of nuclear-powered submarines suggests a return to militancy.

Incumbent Defense Minister Nobuo Kishi is an anti-China hawk who's recently made alarming comments about China's Diaouyu Islands and the Taiwan region. This further heightens concerns that the Japanese government might seriously countenance this dangerous possibility if one of those two mentioned contenders is elected to lead the ruling party on September 29. Tokyo might mistakenly think that nuclear-powered submarines will enhance its regional position and prestige, but they'll only serve to provoke Beijing and worsen relations.

The other nuclear proliferation fear in the Asia-Pacific is that the U.S. might one day include its Australian and/or Japanese Quad allies in its so-called "nuclear-sharing" program. This refers to America's policy of stationing nuclear weapons in non-nuclear armed states. These currently include NATO allies Belgium, Germany, Italy, the Netherlands, and Turkey. Expanding this program to the Asia-Pacific could make those countries potential targets of China's nuclear second-strike policy, which is counterproductive to their objective security interests.

Nevertheless, the anti-China hysteria that the U.S. is fanning throughout the Asia-Pacific could potentially influence those countries' leaders to endanger their people for the sake of receiving their American ally's approval.

It's sincerely hoped that no other non-nuclear state will want to obtain nuclear-powered submarines, let alone participate in the U.S.'s "nuclear-sharing" program, but these scenarios can't be completely ruled out in light of American-provoked regional tensions, though everyone should know that China will defend its interests.

The Asia-Pacific should be a region of mutual prosperity and security, not zero-sum economic and military competition. The U.S. doesn't care about the consequences of its destabilizing policies in this part of the world since it's located on the other side of the planet, and therefore, won't suffer the consequences as directly as its regional allies would if they provoke a hot war with China.

The new cold war needs to be responsibly managed for the sake of humanity, which is why the U.S.'s nuclear proliferation in the Asia-Pacific must be opposed by all.