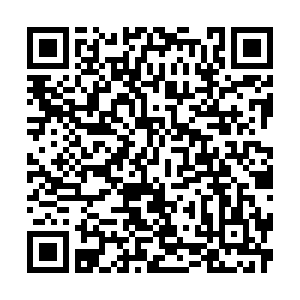 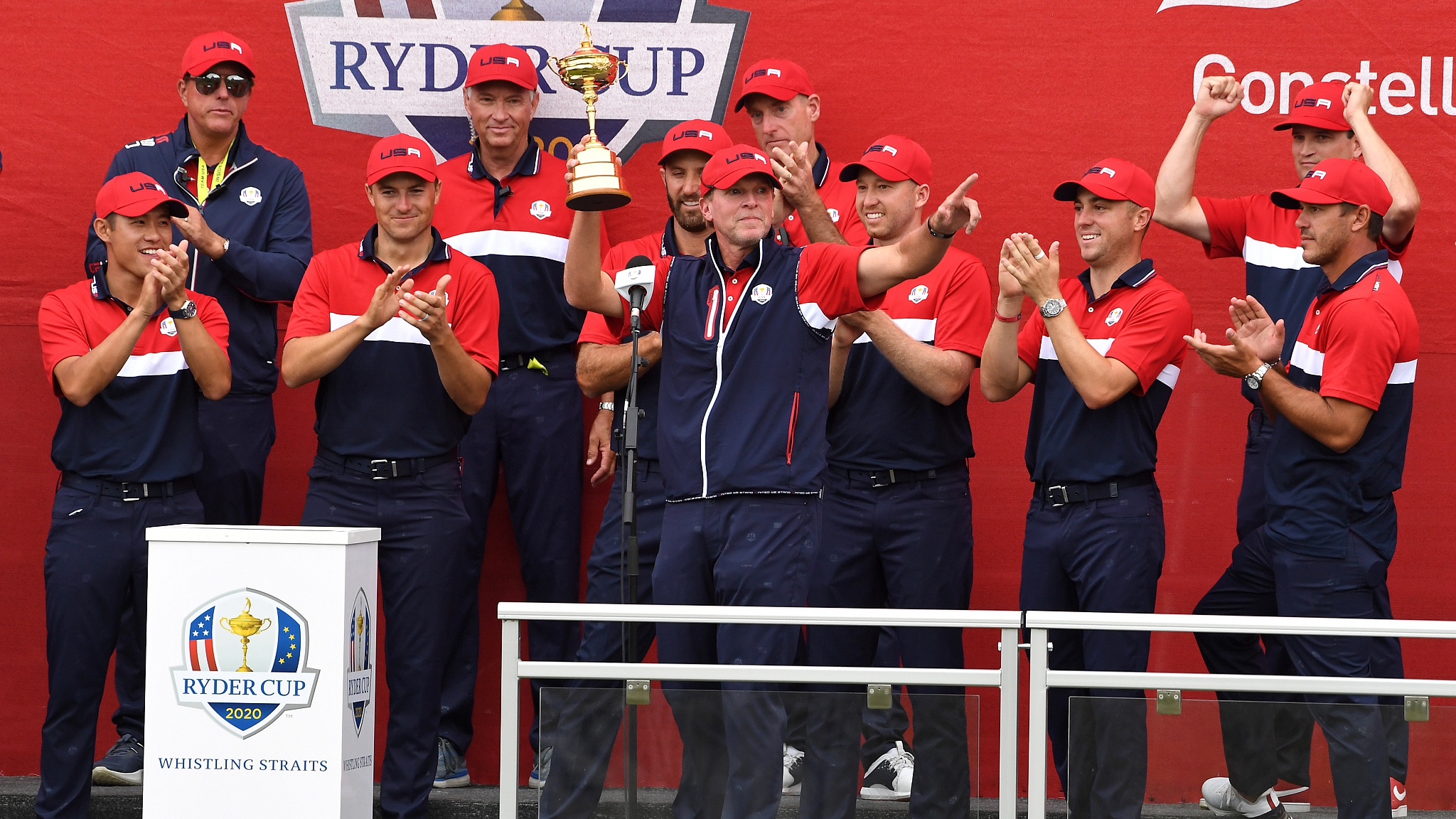 The U.S. crushed Europe 19-9 to recapture the Ryder Cup on Sunday in a performance captain Steve Stricker called the "greatest of all time."

Collin Morikawa, the 24-year-old world number three, delivered the winning half point when he tied his match with Viktor Hovland at Whistling Straits. He was one of eight 20-somethings on a U.S. team that featured nine players in the world's top 11, all gunning to regain the coveted trophy won by Europe in France three years ago.

"Speechless," U.S. captain Steve Stricker said, tearing up as he talked of the commitment that resulted in dominant victory.

The Americans became the first team to notch 19 points, beating the previous record of 18.5 achieved twice by each team before.

"This is the greatest team of all time," Stricker said, adding that his youthful lineup represented "a new era for USA golf."

World number two Dustin Johnson, at 37 the oldest member of the team, provided a template for his younger colleagues, his 1-up singles victory over Paul Casey giving him a perfect 5-0 record in a maximum five matches.

He became the first American since Larry Nelson in 1979 to go five-from-five, prevailing in a tightly contested battle with Casey that saw them tie the first five holes. 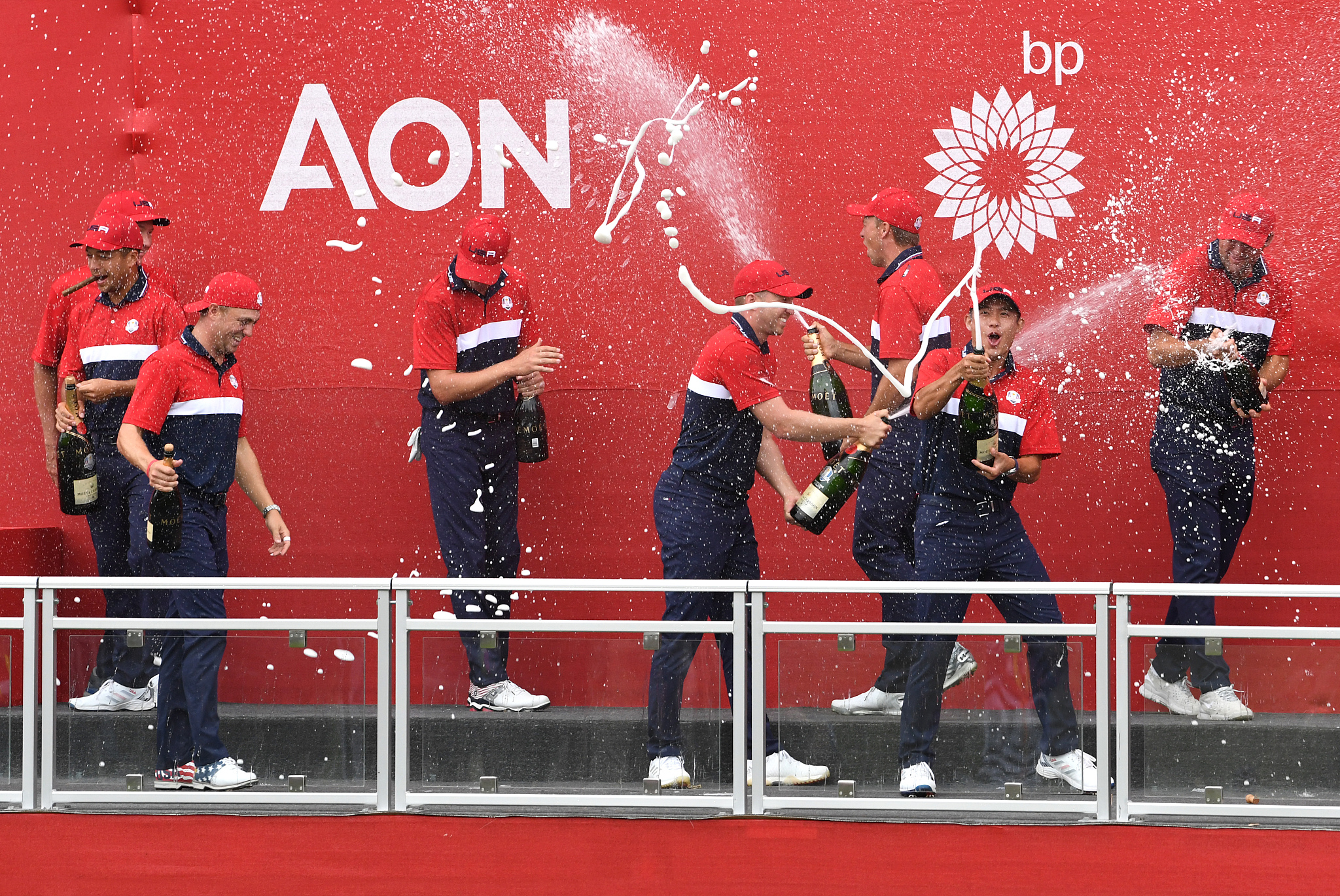 U.S. golfers celebrate after their victory against Europe during the 43rd Ryder Cup at Wisconsin, U.S., September 26, 2021. /CFP

U.S. golfers celebrate after their victory against Europe during the 43rd Ryder Cup at Wisconsin, U.S., September 26, 2021. /CFP

Johnson took the lead for good at the eighth, but he never led by more than two and couldn't put Casey away until the bitter end.

Johnson said there was a key trait he shared with his younger teammates that fueled their bid to stop Europe winning a fifth Ryder Cup in six editions.

They made that clear from the start and took an 11-5 lead into Sunday's 12 singles matches, the six-point gap more than either team has ever overcome on the final day to lift the trophy.

It meant the Americans needed just 3.5 points to win the Cup.

Padraig Harrington's Europe needed nine to retain it, and it was clear when the U.S. powered to the lead in most of the early matches that they wouldn't do it.

Morikawa, who won his second major title at the British Open this year, had assured the U.S. of victory with a brilliant birdie at the par-three 17th, where he blasted his tee shot to three feet, going 1-up with one to play.

He missed a six-footer at 18 to win the match outright, but thanks to his half-point the American celebrations were already underway.

Scottie Scheffler, a Ryder Cup rookie with the lowest world ranking in the U.S. team at 21, had opened the floodgates when he took out world number one Jon Rahm 4&3.

Rahm, who had excelled all week amid Europe's overall struggles, became just the third world number one to lose a Ryder Cup singles match.

"I just kept the pressure on," said Scheffler, who won the first four holes with birdies and was never less than 3-up after that. 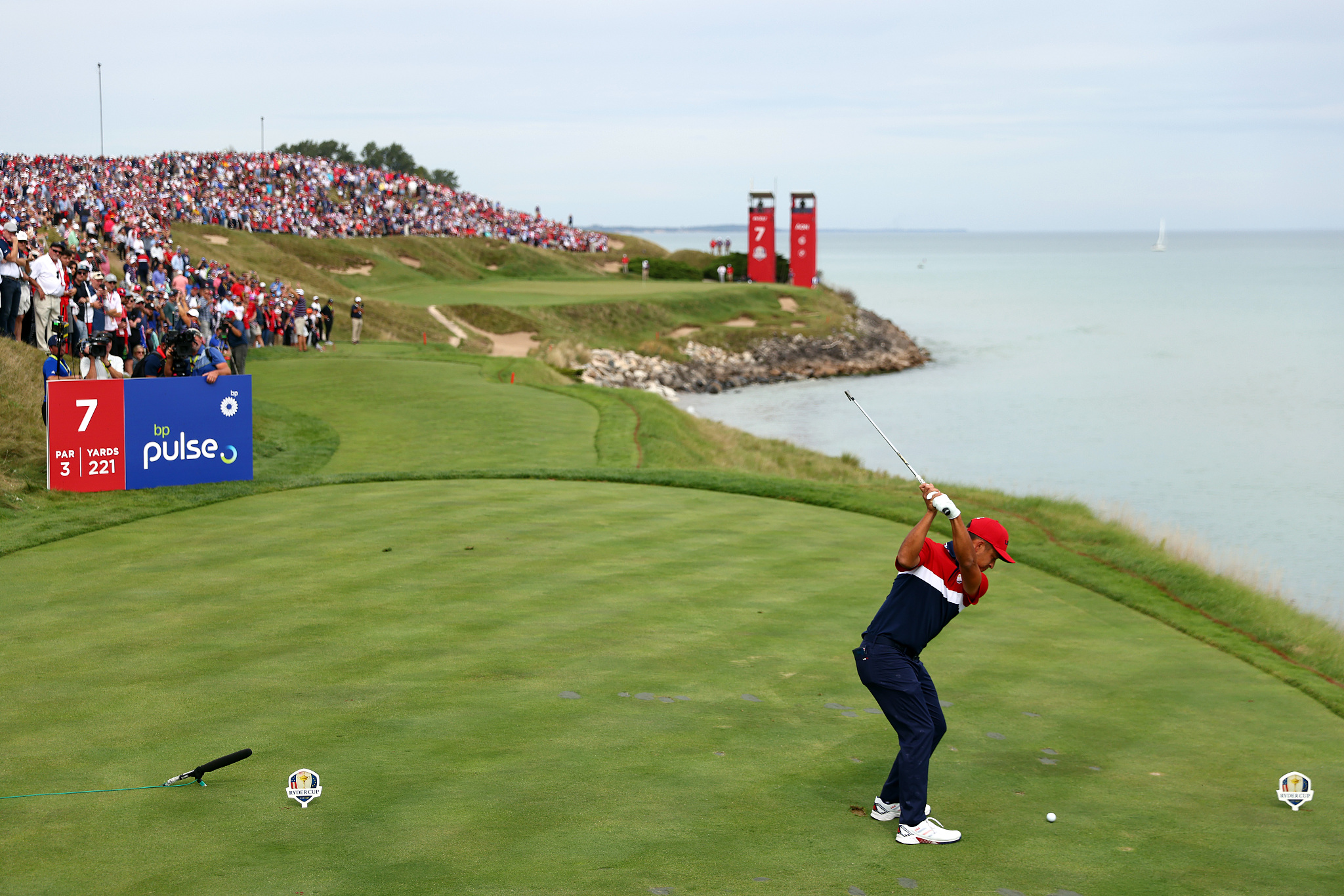 Rory McIlroy gained the first point of the day with a 3&2 victory over Olympic champion Xander Schauffele, but his first win of the week was no cause for celebration as he contemplated the flood of red on the scoreboard.

"(I'm) incredibly proud to be a part of this team," McIlroy said, his voice cracking. "I've been extremely disappointed that I haven't contributed more for the team."

Bryson DeChambeau followed with a 3&2 victory over Sergio Garcia, the Spanish Ryder Cup great who this week took his tally of match wins to a record 25.

DeChambeau's power proved too much for Garcia. The American set the tone at the first hole, driving the green at the par-four and striding off the tee to wild cheers with his driver held aloft.

He won the hole with a 41-foot eagle putt and led the rest of the way.

Lowry, the 2019 British Open champion, had taken a 1-up lead over Cantlay with a birdie at the par-5 second, but Cantlay roared away from there.

The American won four straight holes for a 3-up lead, and didn't trail again, winning the last three holes for the convincing score.

Four-time major champion Brooks Koepka rallied for a 2&1 victory over Bernd Wiesberger and Justin Thomas led all the way in a 4&3 victory over Tyrrell Hatton.

Tommy Fleetwood grabbed one more half point for Europe when he rallied from 1-down through 15 to tie Jordan Spieth – who has still never won a Ryder Cup singles match in four attempts.