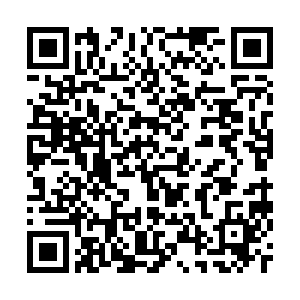 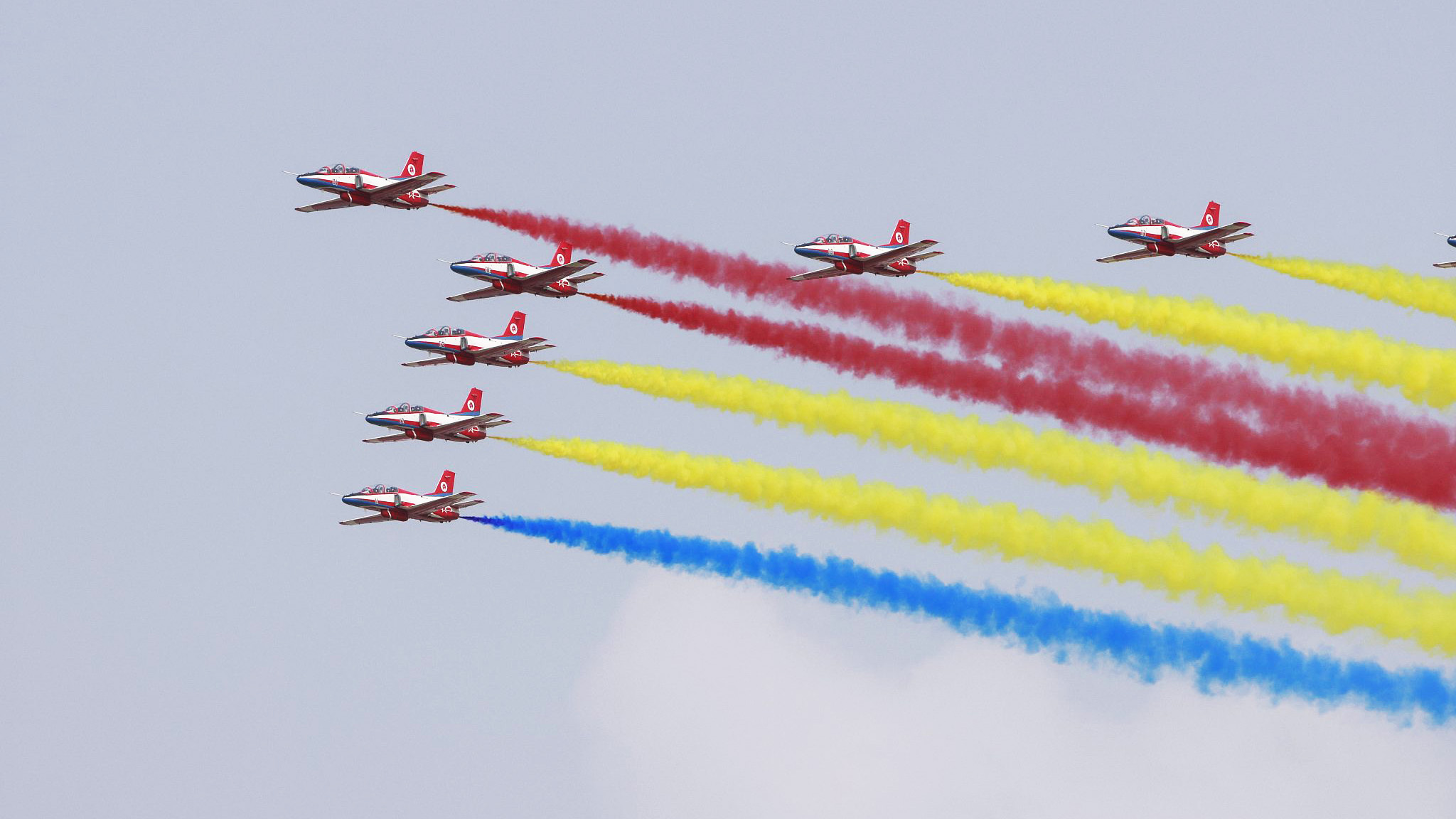 The six-day event started on September 28. Around 150 independently-developed aviation products and technologies, 40 percent of these exhibits will be showcased for the first time.

Here are some of the star aircraft models you cannot miss.

The aircraft dropped nine tonnes of water by opening the hatch door underneath after taking off from the runway at Zhuhai airport during the performance.

The AG600 is designed to operate in complex weather and environmental conditions. It completed its maiden flight from land in 2017, its first takeoff from a water reservoir in 2018, and its first sea takeoff in 2020.

Besides the AG600, the AC-series of helicopters and AG-series of general aircraft are also displayed at the airshow. 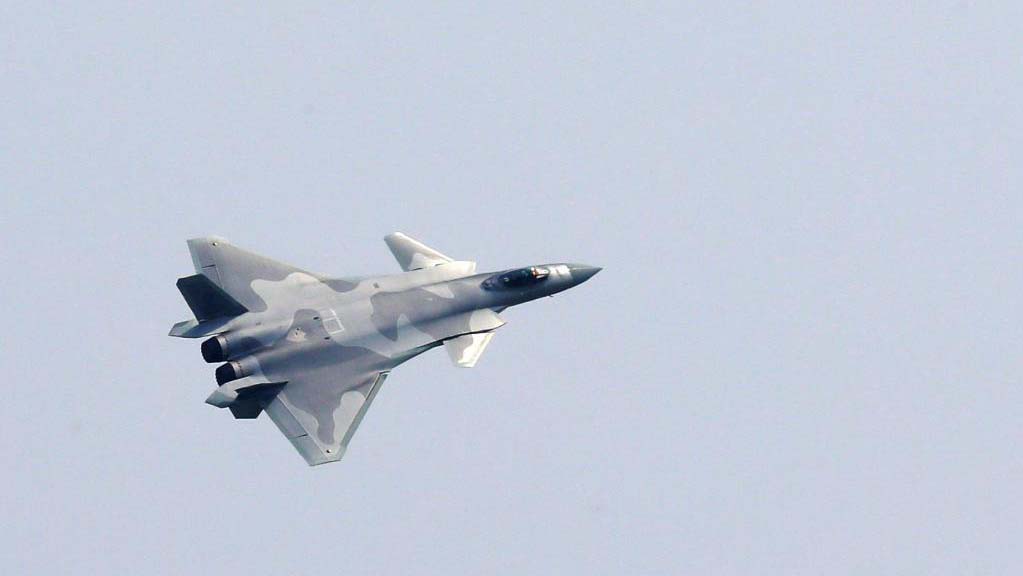 The J-20 is China's fourth-generation medium- and long-range fighter jet. 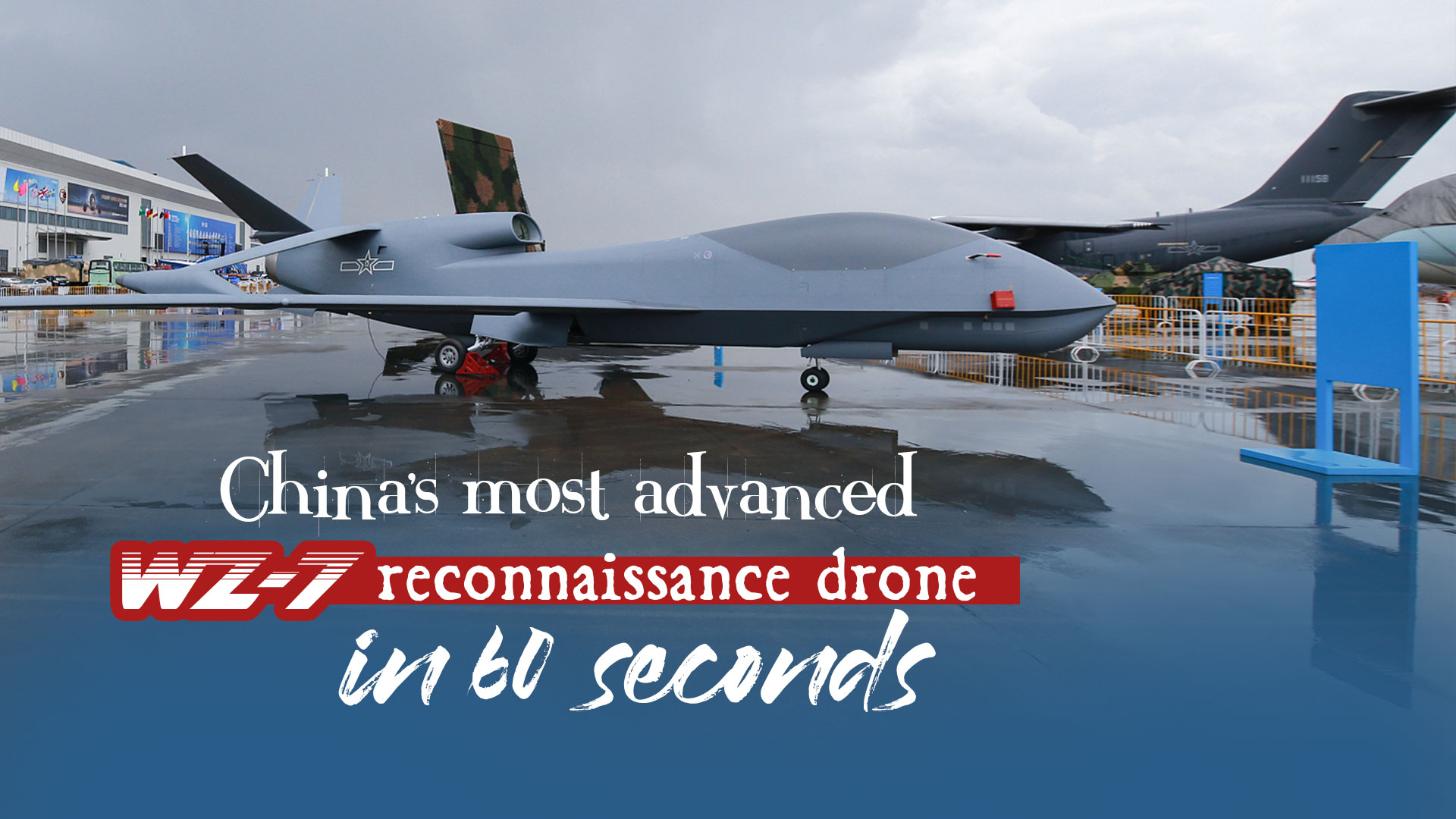 Multiple unmanned aircraft are displayed where models including GJ-11, WZ-7, WZ-8, FH-97 and CH-6 made their debut at the show.

WZ-7 is China's self-developed high-altitude unmanned reconnaissance aircraft for carrying tasks such as border detection and patrols over territorial water. 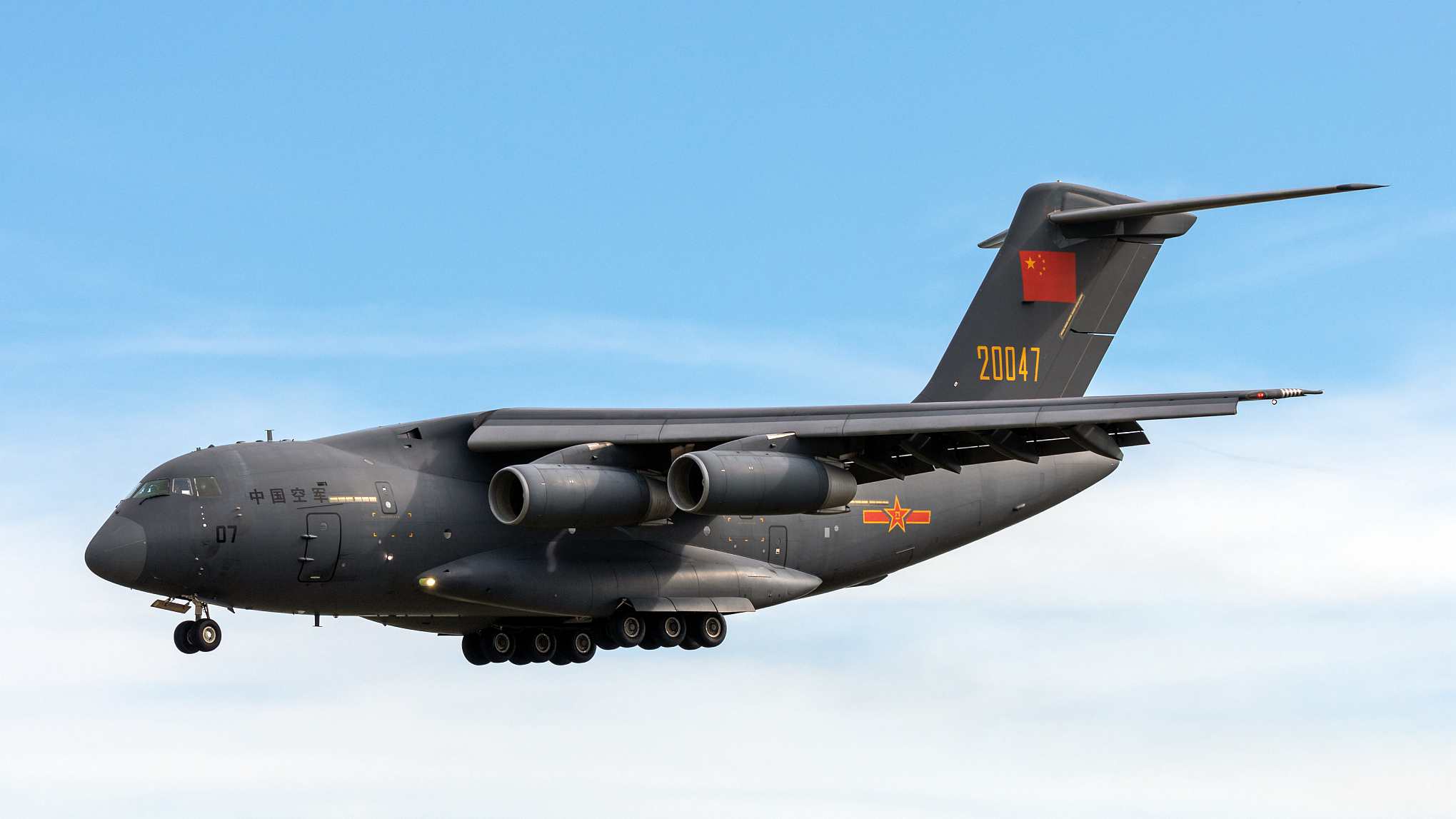 The Y-20 made its maiden flight in 2013, and debuted at the 10th Airshow China in 2014. The large multi-role transport aircraft joined the air force in July 2016, playing a critical role in China toward developing its long-range delivery capabilities. 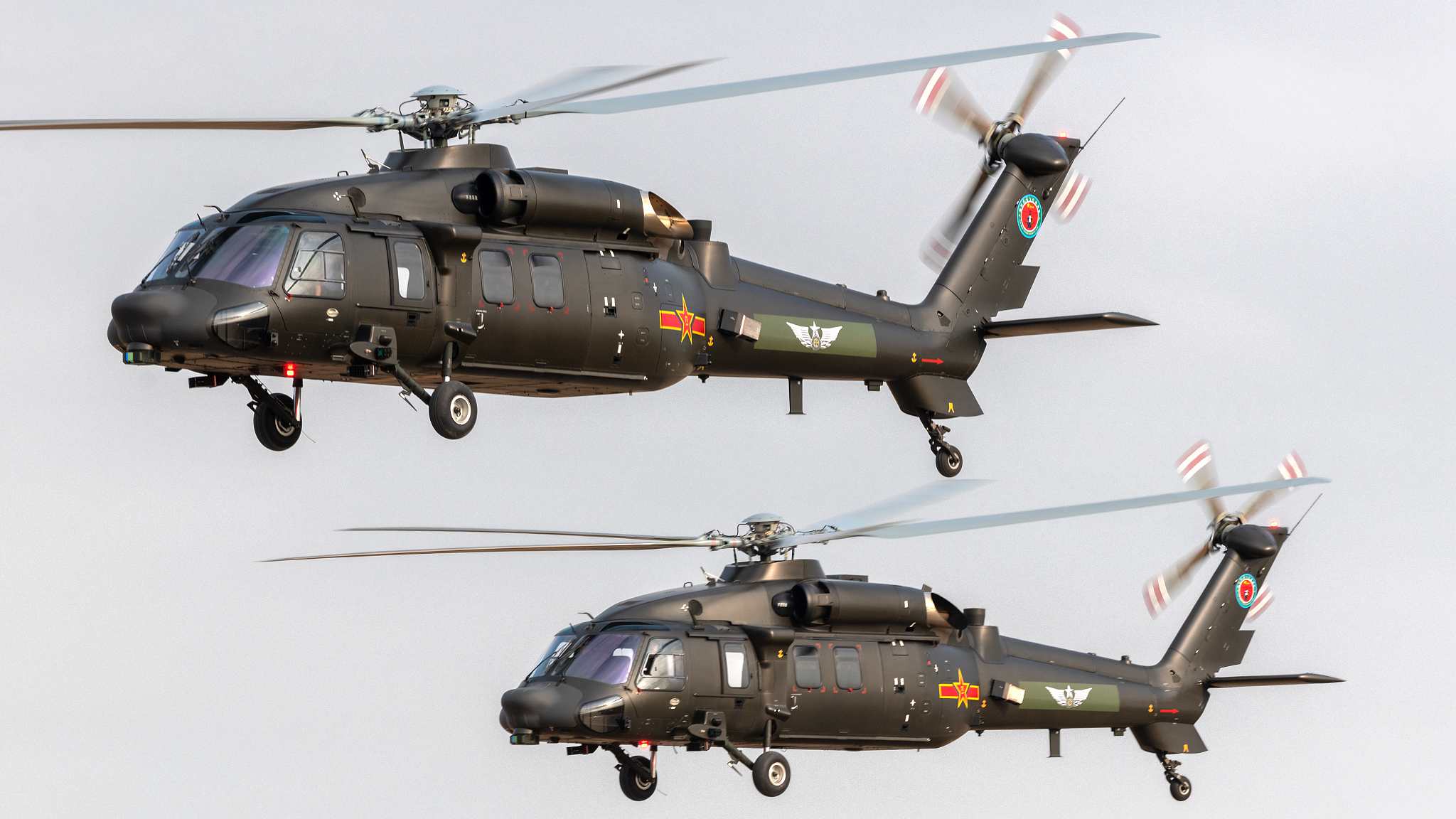 The Z-20 is a medium-lift helicopter with double China-made engines. The multifunctional helicopter made its first public appearance during a massive National Day parade on October 1, 2019. They can be used in public services, emergency rescue, flight training, air tours and traditional agricultural work.

The home-made Wing Loong-2 unmanned aerial vehicle (UAV) made its maiden flight performance at the airshow on Tuesday.

Flying a height of 200 meters and a speed of 180 kilometers per hour, the UAV synchronously shot the airshow scene and transmitted the video signal to the display screen in real time, presenting the spectacle of the airshow from a unique perspective.

The Wing Loong-2 UAV is a medium- and high-altitude, long-endurance and multi-purpose UAV capable of executing tasks in multiple scenarios.

It supported relief efforts in flood-ravaged Henan Province in July, providing real-time audio and video communications with a coverage range of 15,000 square kilometers between rescue sites and the command center. 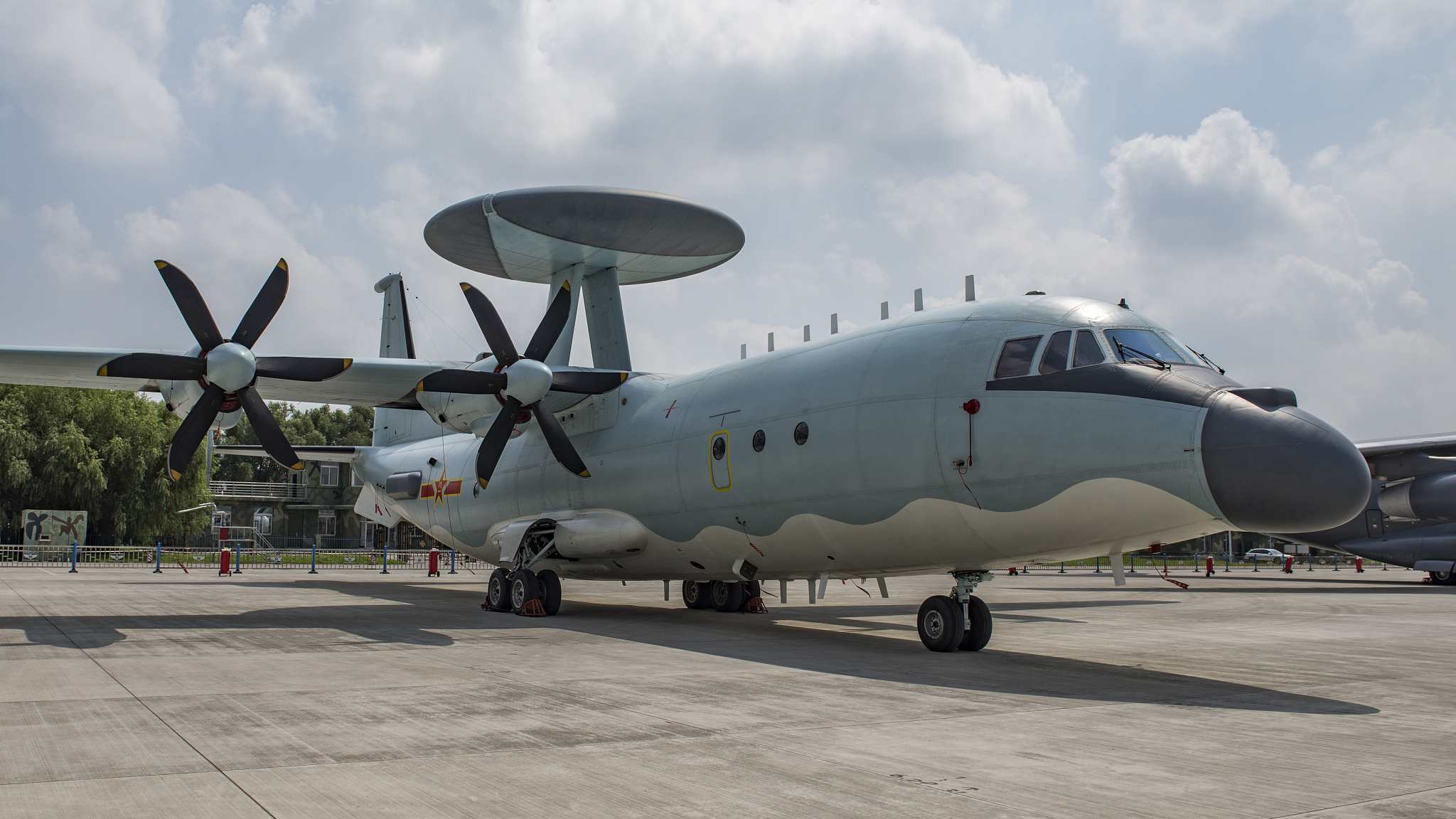 Derived from the KJ-500, the KJ-500H AEW aircraft can also be seen at the airshow and is a naval variant for the KJ-500.

Commercial Aircraft Corporation of China Ltd. (COMAC), one of the organizers of the airshow, displayed its CBJ business jet for the first time at an international airshow.

Targeting the high-end market, the jet features more spacious cabin space to accommodate the seating layout of 12 to 29 seats that can be flexibly configured with independent functional areas, such as a rest area, conference area, reception area and dining area, to meet the personalized needs of customers.