Download
For the people: How China built a moderately prosperous society
CGTN Insight 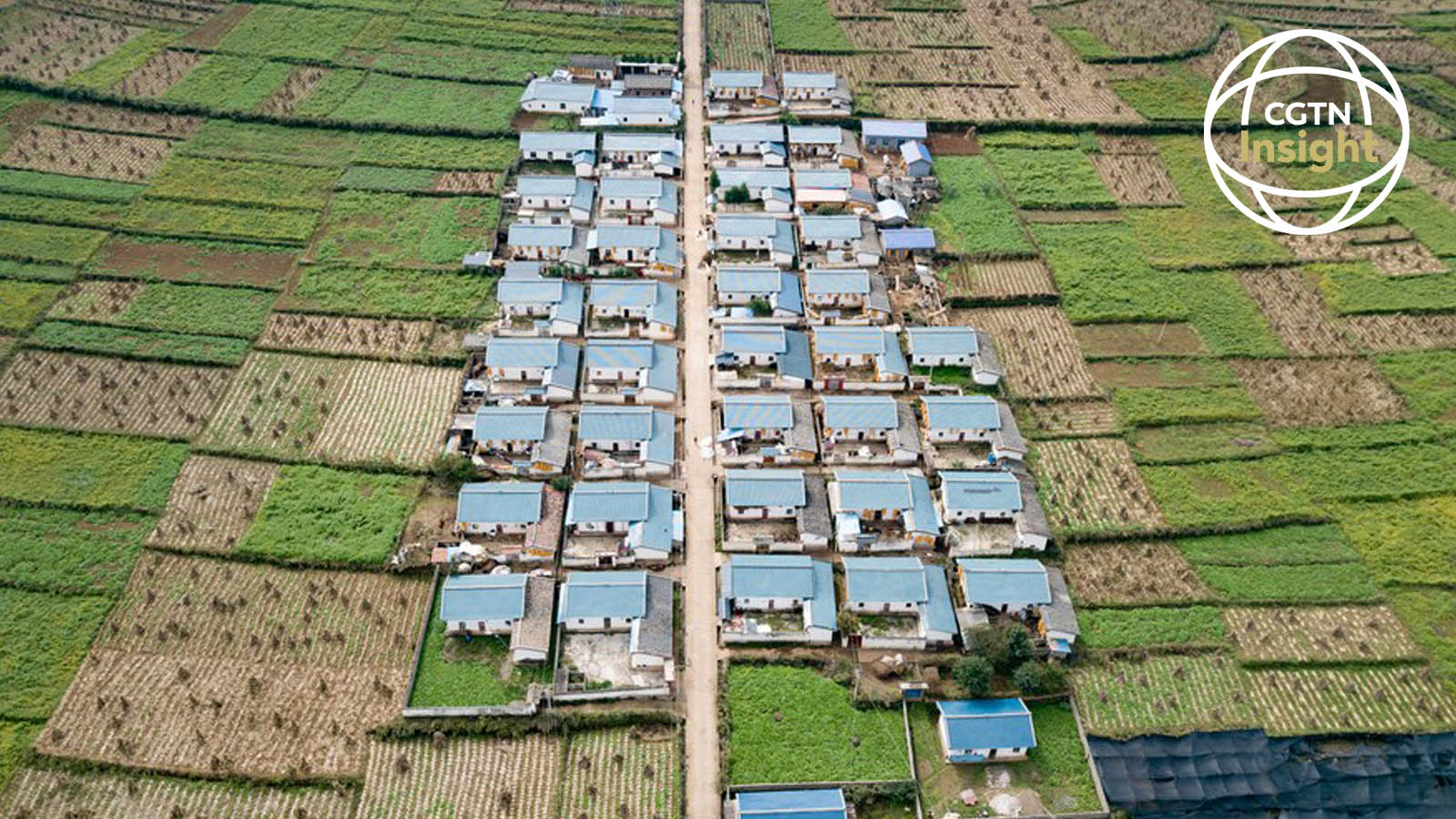 On September 28, the Chinese government released a white paper titled "China's Epic Journey from Poverty to Prosperity." The paper details how China established itself as a "moderately prosperous society." Chinese President Xi Jinping declared in July this year that thanks to the continued efforts of the whole Party and the entire nation, China had realized the first centenary goal of building a moderately prosperous society in all respects, a goal which coincides with the national revival of China.

The transformation of China from a peasant agrarian society into a "moderately prosperous" nation is one of the most drastic and profound economic transitions in all human history. Never in any other incidence has a nation of such a size and population been able to so rapidly reverse its fortunes and join the ranks of major powers. As the paper quotes: "This achievement reflects the Chinese people's aspiration for a better life, and their indomitable will to surmount all difficulties and challenges on their way forward. It has boosted their pride and confidence in the nation, and inspired further endeavors on the quest for national rejuvenation."

The paper explores how the institutional role of the Communist Party of China made such a trajectory possible. Prior to its rule, China was a "poor and backward country." The rise of the Party to power with its vision of reviving the country initiated a "social revolution" and helped overcome China's "century of humiliation," drastically changing the country and establishing "the fundamental political conditions and the institutional and material foundations" for prosperity, a role which was accelerated through reform, opening up and modernization. It notes the Party followed the traditional Chinese idea of Xiaokang – the hope and dreams of the people for a better life.

But in moving the country forward, the establishment of a "moderately prosperous society" is not merely "development for development's sake" or the idea that only some people get rich at the cost of others. China sees the interest of its entire people as a collective endeavor that it must strive to achieve and protect. 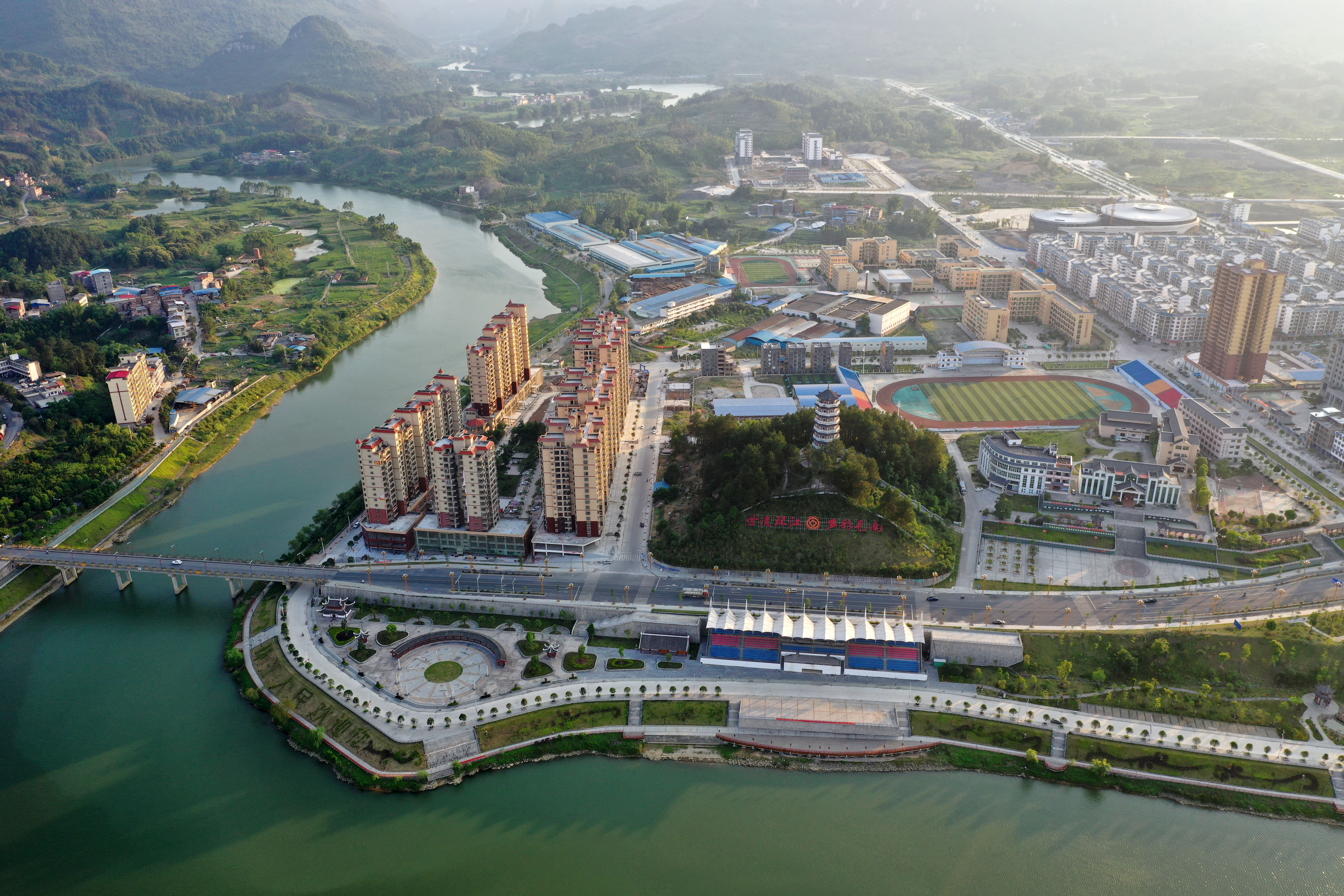 A view of the county seat of Huanjiang Maonan Autonomous County in south China's Guangxi Zhuang Autonomous Region, May 14, 2020. /Xinhua

A view of the county seat of Huanjiang Maonan Autonomous County in south China's Guangxi Zhuang Autonomous Region, May 14, 2020. /Xinhua

This includes the "balanced, coordinated and sustainable progress in the economic, political, cultural, social, and eco-environmental fields." It aims to do this by helping overcome the implications of the urban-rural divide, as well as the divide between different regions and provinces, and pursuing integration. It details China's efforts in accelerating research and development of advanced technology, investment in vast amounts of infrastructure, such as the world's largest high-speed rail network, the creation of a thriving digital economy, as well as the willingness to overcome and completely control the spread of COVID-19.

China is not, as it often is in the West, a bourgeois society where governance is run on the narrow interests of its ruling classes. China is a society in which governance is conducted under the principle that it is the people's society, the people's government and the people's country, and the common good and welfare of all are at the core of the government's developmental strategy. China's ethnic minority groups are given special representation and opportunities; the power of self-governance is granted to different ethnic groups.

"The CPC keeps attuned to the situation of the people, understands their needs, addresses their concerns, pools their wisdom, solicits their opinions, and asks for their advice," the white paper reads. And this is how China has been able to leap into a moderately prosperous country within mere decades, caught up where it lagged behind, become the world's second largest economy and weathered through a global public health crisis better than most other countries in the world.

There are many governments who claim to be for the people. But then, empty rhetoric grows more and more tedious and self-indulging while the societal development remains stagnant. To sustain development and achieve prosperity, rhetoric must be coupled with actions that deliver results. The Chinese government has been clear about its objectives and constantly reflects on its achievements and shortcomings. Through trial and error, it has walked a path that's unique to its own situation and was able to deliver what the people craved.

China's success in achieving moderate prosperity is no surprise. By placing entire Chinese people's interest as the direction of development, it has worked relentlessly to make the society better. Being truly for the people is threading its decades of work and guiding the Party into the future.