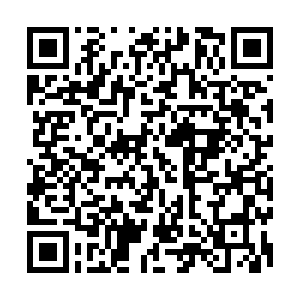 Wang said the trilateral security pact AUKUS formed by the U.S., the UK, and Australia will create a nuclear proliferation risk.

The U.S. unilaterally sanctioned other countries for developing uranium enrichment technology, but spared Australia, which will definitely bring the risk of proliferation of nuclear technology and nuclear materials and impact the international nuclear non-proliferation system, Wang pointed out.

He said the pact might also cause another round of arms race.

"Nuclear submarines are strategic security forces with the ability to deliver nuclear weapons. Australia's move will break the regional strategic balance and turn the commitment it made when signing the South Pacific Nuclear Free Zone Treaty into a dead letter," Wang stressed.

He added that the move will pose a real threat to regional countries, and other countries might follow its move and launch a new round of arms race, or even cross the nuclear threshold.

It will also damage regional prosperity and stability, Wang noted.

With the joint efforts of China, ASEAN and other regional countries over the years, the region has become the most dynamic and fastest growing region in the world, Wang said.

However, AUKUS' insistence on creating regional tensions has cast a shadow over the peace, stability and development of the region, he said.

Wang continued that the deal will sabotage the construction of a nuclear-free zone in Southeast Asia.

China was the first among the five nuclear powers to declare its willingness to join the Southeast Asia Nuclear-Weapon-Free Zone Treaty and sign the protocol to that end, Wang said, adding that instead of joining, the United States and Britain have used various excuses to transfer military nuclear technology to the region and provide highly enriched uranium nuclear materials, contrary to the efforts of ASEAN countries to build a nuclear-free zone.

It will also lead to the hidden danger of the resurgence of the Cold War mentality, Wang stressed.

AUKUS and the quadrilateral mechanism (Quad) both subordinate and serve the U.S.-led "Indo-Pacific strategy," trying to create another set of rules in the region and aiming to provoke regional camp rivalry and geo-zero-sum game, Wang said.

He added that the act is against the trend of the times and should be alerted and resisted by the countries of the region and the international community.