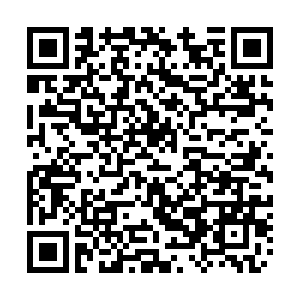 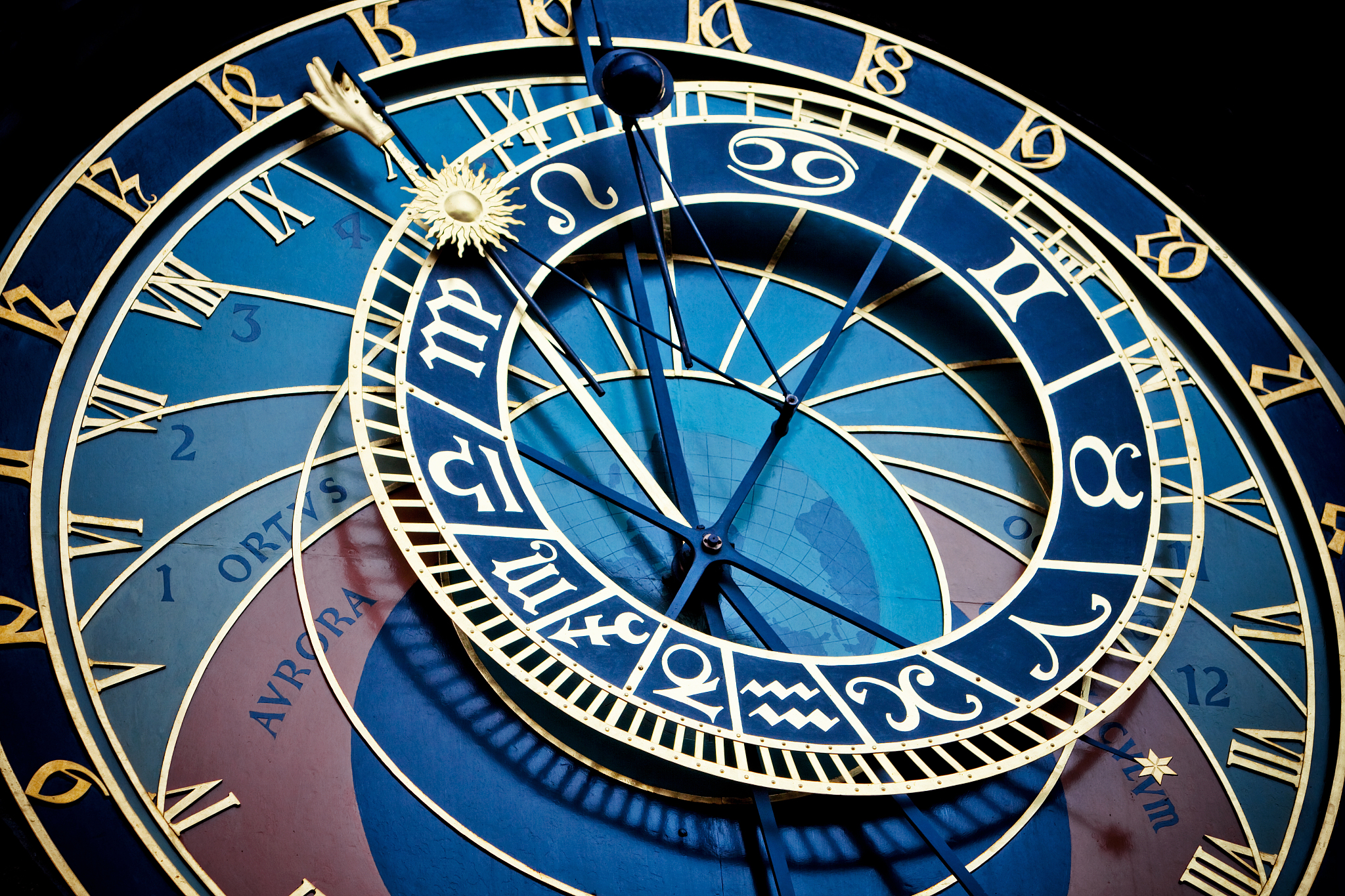 Twenty-five-year-old Xiao Ting hesitated before she changed her job. Last year, she considered quitting her job at a car insurance company. After interviewing at a new firm, she checked her ziweidoushu, a form of fortune-telling in Chinese culture known as "Purple Star Astrology" in English. It said she should not change jobs until 2021.

At night, she kept tossing and turning. The interview went very well, which was beyond her expectation, she thought. But why did it go against the prediction of the astrological test? Despite the result, she took the job the next day.

"Zodiac signs cannot predict everything," she said, laughing. "And it is not that accurate."

Like many Gen Zers, Xiao is interested in astrology and checks her horoscope daily. She first learned about astrology on popular Chinese social media platform Weibo during junior high school and soon became infatuated.

Like Xiao Ting, Zhang Li has been job hunting since 2018. Her astrological chart showed that she should not make a career move until 2023, a piece of advice that she took to heart. She only went to one job interview in the past three years, saying the astrological prediction showed the best time to get a new job has yet to come.

"I think her belief in astrology is just an excuse. It makes her miss many opportunities," said Xiao, Zhang's friend. "Maybe she just doesn't have enough motivation to try her best." 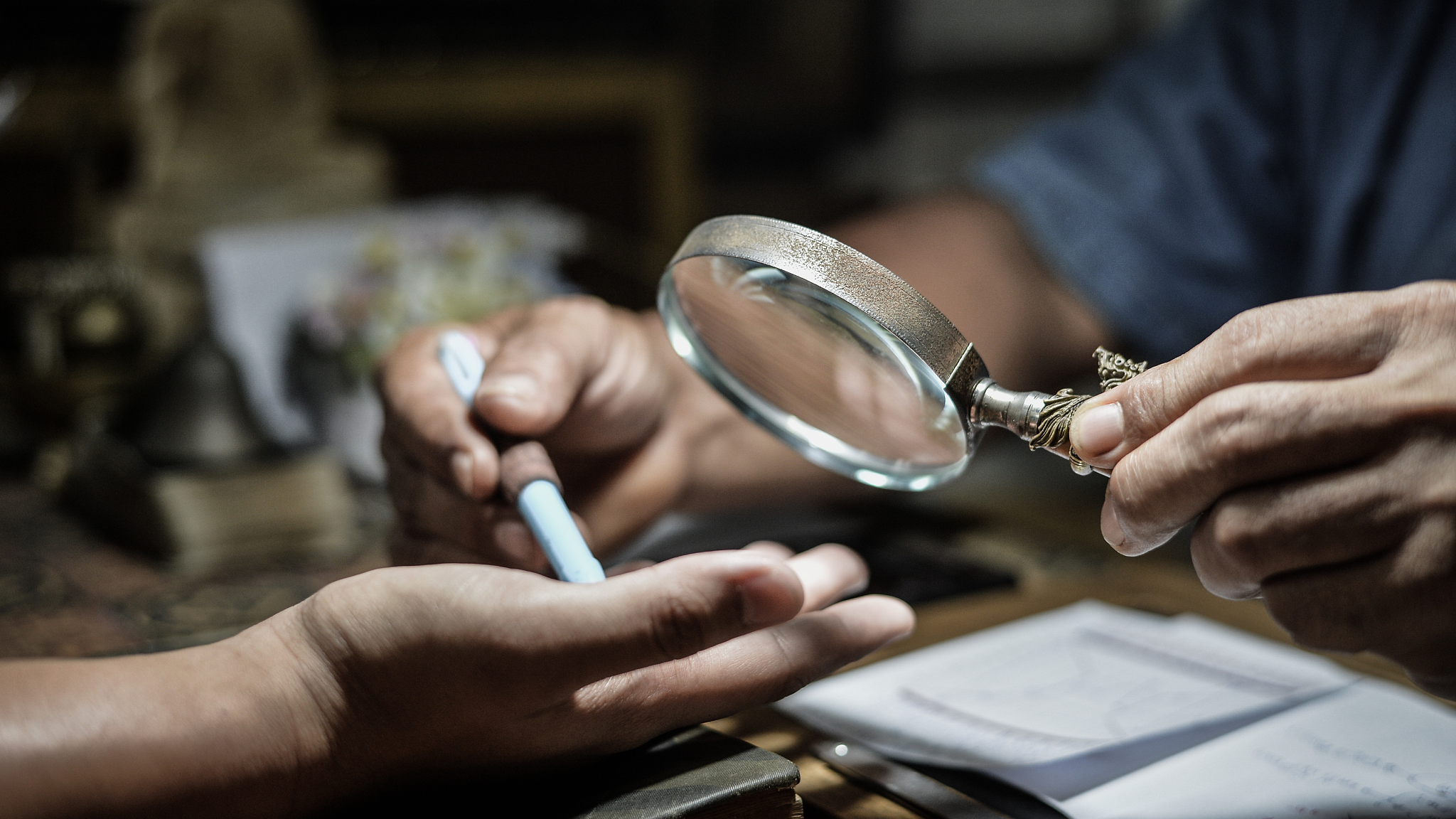 In recent years, astrology has become more and more popular among young Chinese. According to a survey conducted by Cheetah Mobile, a Beijing-based mobile Internet company, about 82 percent of respondents partially or firmly believe in astrology. Meanwhile, astrology-themed websites and mobile apps have become major gateways for young people under the age of 25 to learn about mysticism.

There has been a surge of interest in astrology in other parts of the world as well. A report by IBISWorld, a U.S.-based industry research provider, reveals that the U.S. psychic industry, which includes services such as fortune-telling and tarot card reading, witnessed a $2.2 billion boom in 2019. Roughly 60 percent of American adults have "New Age" beliefs, which means that they self-identify as Christians and also hold beliefs in astrology or reincarnation, and nearly 30 percent believe in astrology specifically, according to Pew Research.

People's gravitation toward mysticism is especially pronounced during times of crisis and uncertainty. As the pandemic took the world by storm in 2020, google searches for "astrology" over the past five years reached a peak in December last year.

"Humans tend to feel very insignificant when facing natural disasters or a pandemic, so they like to turn to mysticism to try to get a hold on the future," said Han Xiaoyan, a psychological therapist and professor from the School of Social Development at East China Normal University. "It gives them a sense of control that helps reduce anxiety – a form of self-soothing."

Astrological apps like Co-star and AstrologyZone provide an easy way for these young enthusiasts to experience the power of mysticism. The app is downloaded every three to four seconds in the U.S., a representative of Co-star told Time. Sensor Tower, a mobile app store that markets intelligence products, estimates the revenue of astrological apps reached nearly $40 million in 2019. 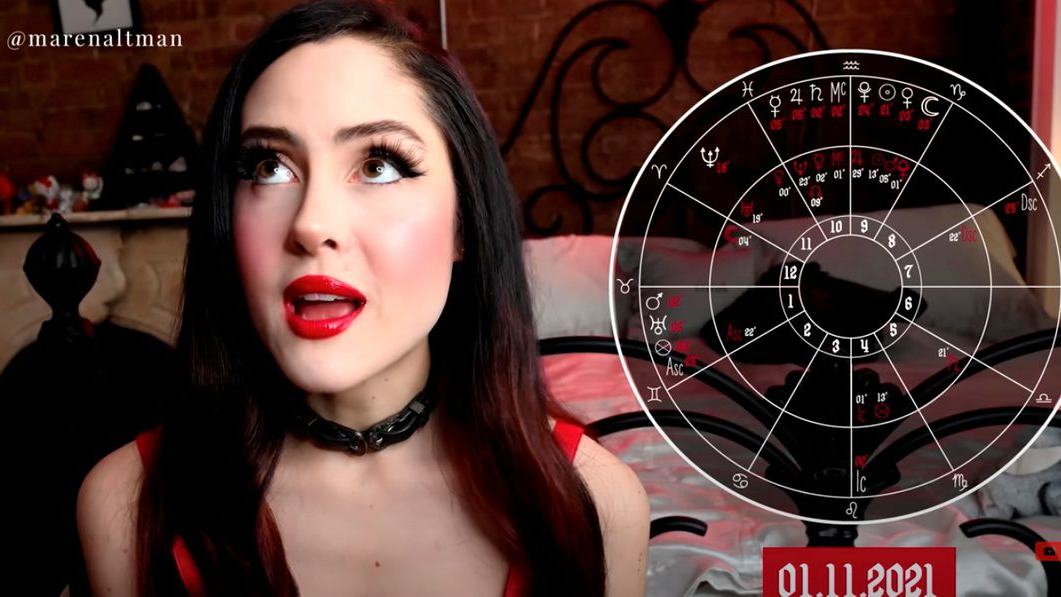 The psychological needs behind the demand

Li Lu, a millennial who works as a bank clerk in Beijing, started her own online workshop in 2019 to provide astrological services. A self-taught astrologer, Li often has discussions with her father, who works in the aerospace field but has a keen interest in The I Ching, or the "Book of Changes," an ancient Chinese divination text.

Unlike Li, most young Chinese are unclear about the workings of the sun and moon and how their alignment may affect them. They just take astrology for relaxation.

In 2020, the word "involution" or neijuan caught on with young people in China. Originally an anthropological term that means an increased labor input does not bring proportional output but results in diminishing marginal returns, it now has a new meaning of "feeling stressed out in an over-competitive society."

The word "involution" resonated with those young people who push themselves hard in the daily rat race. For those worried they would be left behind if they take a rest, reading an astrological description offers some comfort when feeling restless. Many think that it gives them an emotional outlet and a way to self-reflect. 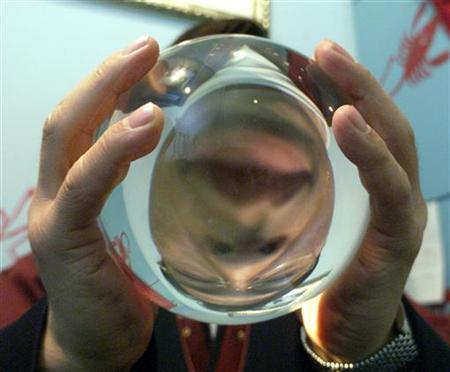 On the internet, information about astrology has become both entertaining and widely available.

On Bilibili, one of Chinese Gen Zer's favorite video-sharing platforms, videos related to the search term "astrological test" once peaked at 651,000 views. The most popular videos cover topics such as "who is your next dating partner," "check your April 2021 horoscope prediction" or "what is the perfect job for you?"

However, it is challenging for parents to track their children's internet usage. In September, short video app Douyin, the Chinese version of TikTok, set a time limit of 40 minutes for users under 14 years old.

"Parents should provide emotional support for their children, as many teenagers are not used to asking their parents for help," said Liu Yaqiu, a researcher with the National Academy of Social Development Strategy Institute of the Chinese Academy of Social Sciences.

"Emphasizing too much on whether astrological content online is good or bad is meaningless; what we should focus on is their psychological needs," said Han. 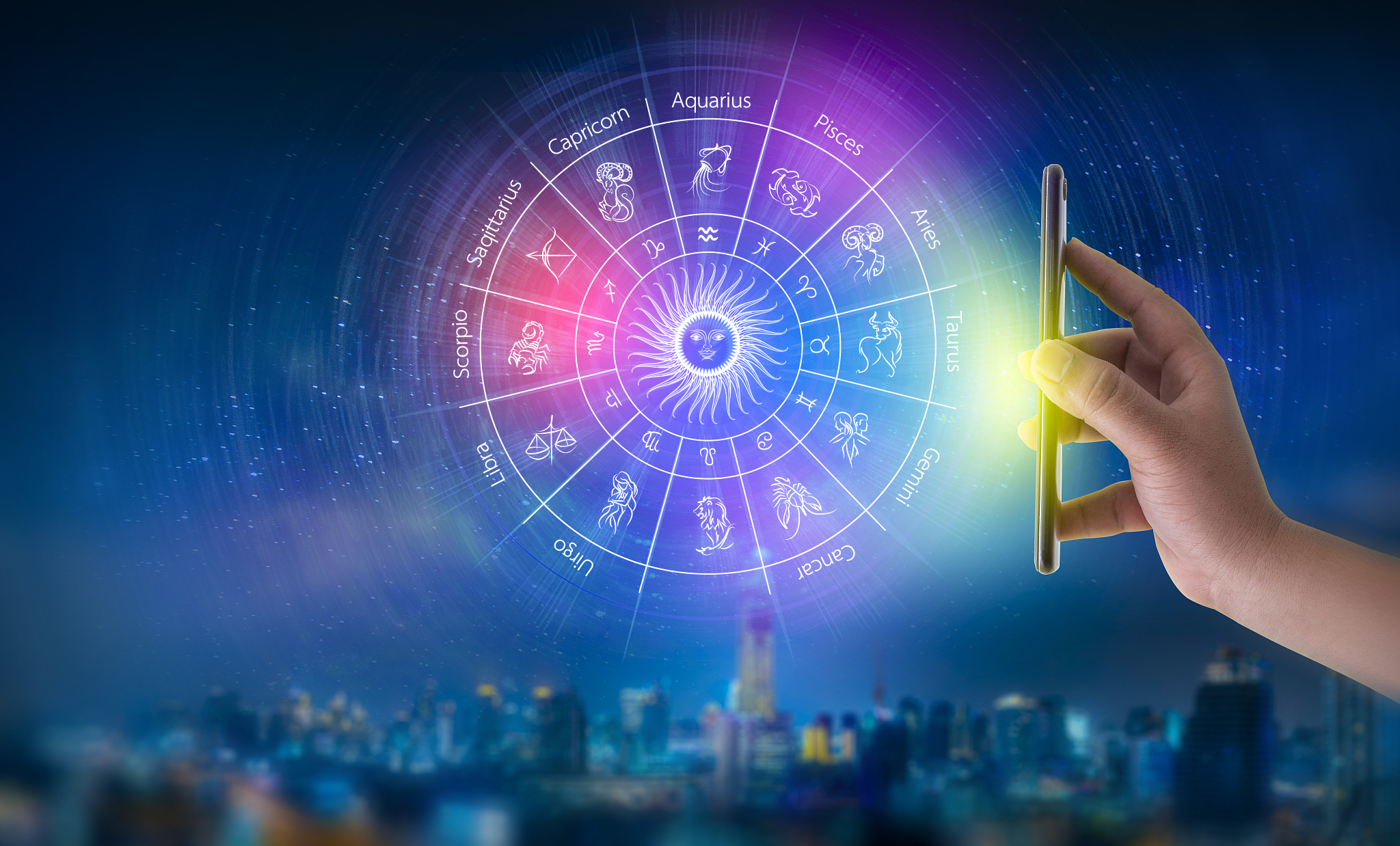 A table of zodiac signs. /VCG

A table of zodiac signs. /VCG

As more people join the mysticism trend, businesses centered on mysticism are booming in China. According to Tianyancha, a data technology service company, there are 533 companies tagged "fortune-telling." The price of services usually ranges from 70 to 300 yuan (about $11 to $46 ), and some prestigious astrologers charge tens of thousands an hour.

Some Chinese bloggers are trying to use the cover of "fortune-telling" to sell their products on short-video platforms. "Even if we like to share astrological content in our family's WeChat group, I would tell my parents not to believe it, fearing that they might be cheated by quackery," said Xiao.

In some cases, people are at risk of fraud. In 2020, a woman from Inner Mongolia was cheated out of 2.5 million yuan after buying an amulet bracelet labeled "can be used to drive away bad spirits and bring good luck."

"Fortune-telling has existed in human society for a long time. But in the age of the internet, it could be easily used as a way of making money by taking advantage of people's anxiety," said Liu.

Apart from that, another common psychological phenomenon called the Barnum effect may explain why some people behave the way their zodiac sign indicates. People tend to believe the personality descriptions fit them well, especially when it is positive – even if the description is very general and can be applied to anyone else.

"I'll take it if the prediction is good and neglect it if it's not. That's human nature," said Xiao. "For me, it spices up my life."

(Pseudonyms are used for all interviewees, except the experts, in this piece to protect their privacy.)