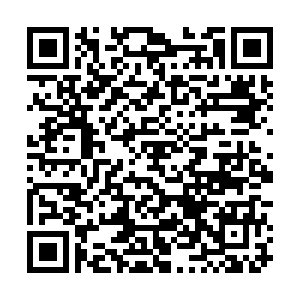 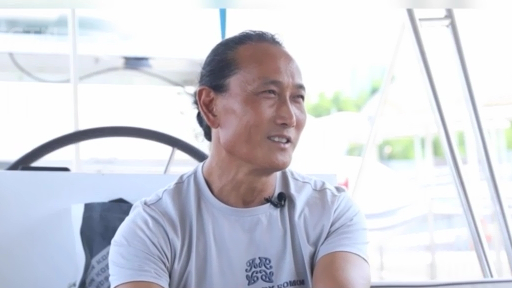 Editor's note: Nong Hong is the executive director and a senior fellow at the Institute for China-American Studies. The article reflects the author's opinions and not necessarily the views of CGTN.

Renowned Chinese sailor Zhai Mo and two crew members embarked on a four-month voyage beginning at the end of June this year, attempting to circumnavigate the Arctic for the first time in human history. However, Canada stopped their sailboat in the Arctic Ocean near Lancaster Sound, a part of the Northwest Passage.

This voyage does not challenge Canada's sovereignty or legal status over the Northwest Passage as claimed by a report on the Canadian Broadcasting Corporation (CBC). One of the issues that worry Canada the most is whether China will adopt the same legal position as the United States and the European Union: treating the Northwest Passage as a "strait for international use" in opposition to Canada's claim to it as "internal waters."

In its Arctic Policy White Paper in 2018, China maintains that all activities to explore and utilize the Arctic should be conducted in compliance with treaties such as the United Nations Convention on the Law of the Sea (UNCLOS) and the Svalbard Treaty, as well as with general international law. However, the white paper does not touch on the status of the Northwest Passage and other straits in the Arctic, focusing instead on the considerable opportunities and challenges posed by economic and environmental considerations. Hence, of the Arctic five (Canada, Denmark, Norway, Russia and the United States), Canada is the most concerned about the white paper's implications, warning that China's Arctic policy is attempting to tread a fine line between respecting the sovereignty of Arctic nations and leaving room to profit from disputes in international law.

Zhai's request to pass through the Northeast Passage, in order to shorten the distance compared with passing through the Panama Canal, was rejected by Canada based on its Interim Order No. 3 – Restricting Pleasure Craft Navigation Due to COVID-19. Article 6 (1) of this order stipulates that Transport Canada may, in writing, exempt a person from the application of any of the prohibitions set out in this interim order in some circumstances, e.g., the minister of health, after being consulted, determines that public health and safety and the protection of the marine environment will, to the extent possible, be maintained. Sources in China said that Zhai and the other two crew members conducted self-quarantine before June 30 when they started the tour, and the risk of epidemic spread is extremely low. But it is up to the Canadian authority to define whether this exemption is applicable in Zhai's case.

A rocky headland in the Canadian Arctic. /Getty

A rocky headland in the Canadian Arctic. /Getty

To avoid future similar scenarios, the bilateral arrangement between the U.S. and Canada may serve as a strong precedent. The 1988 Agreement on Arctic Cooperation stipulates that the U.S., without compromising its legal position on the status of the Northwest Passage, must seek Canadian consent for icebreaker navigations through the passage.

More and more states, including China, Japan and South Korea in particular, see the melting Arctic Ocean as a unique opportunity for international trade that will have a measurable effect on their economies because of their dependence on shipping. In addition, over the past decade, a growing number of cruise ships have sought to transit the Northwest Passage. Zhai's voyage to the Arctic is one of the different categories of non-commercial trips and should not be interpreted as carrying any political agenda.

Article 6 (1) of Interim Order No. 3 also stimulates that Transport Canada may exempt a person from the application of any of the prohibitions if the minister of foreign affairs determines that the exemption is necessary to ensure the fulfillment of Canada's international obligations or the proper conduct of the external affairs of Canada. Certainly, it will be difficult for Zhai's voyage to be defined in such a way. However, given the current efforts by both states to resume or warm up bilateral relations, a positive gesture from Canada to make an exemption for Zhai and his crew may serve this purpose.