Download
Can cultural exchange mend the gap between China and the U.S.?
Zhao Yue 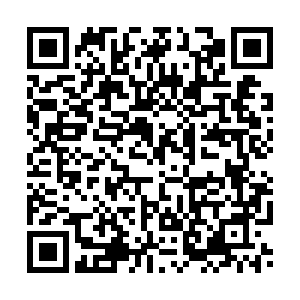 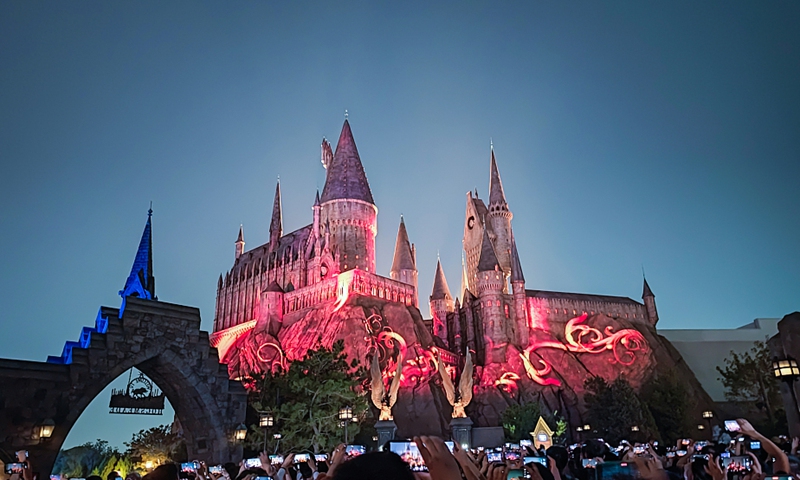 Amid the pandemic and the ongoing tensions between China and the United States, Universal Beijing Resort, the fifth and the largest Universal theme park, is the latest hit in the metropolis from across the Pacific.

Universal Beijing Resort opened on September 20 after repeated delays. When pre-sales of tickets started a week earlier, all one million were sold within three minutes. The park features themes from major film franchises such as the Transformers and Harry Potter series, which young generations of Chinese grew up watching. The overwhelming success of the park's opening proves American pop culture icons' impact on Chinese millennials and Gen Zers, who now make up the bulk of China's burgeoning middle-class. 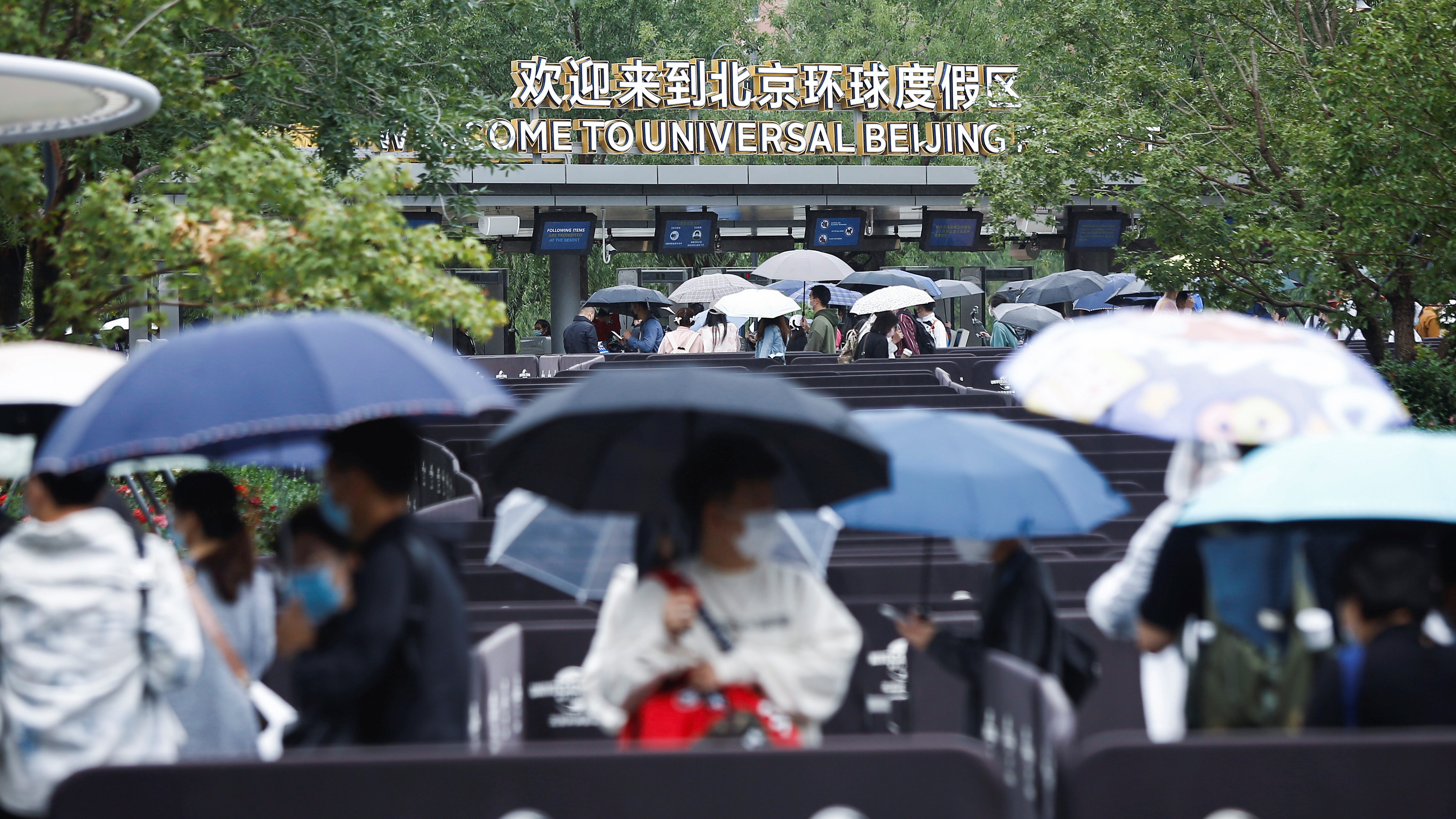 Global Times said, "This is a rare time in a long while when an America-themed topic has attracted such obvious and widespread praise in China." Qin Gang, China's newly appointed ambassador to the United States, saw his coaster ride at the Universal as a metaphor for the two countries' relations: "After all the tumbling and shakes, the rollercoaster came to a soft landing in the end."

Director of the John L. Thornton China Center of the Brookings Institution, Li Cheng, has long argued that people-to-people connection is the most essential foundation of China-U.S. relations.

"We put too much emphasis on the state-to-state relationship between China and the U.S., and often forget that China-U.S. relations also depend on non-governmental relationships – the people-to-people relationship." A perfect example of such a relationship was formed by Yao Ming – the renowned Chinese basketball player who played for the Houston Rockets in the NBA.

Yao's career in the NBA was phenomenal. In addition to his prowess as a basketball player, his charm and humor was a bonus that made the ancient civilization more relatable to average Americans. For Li, Yao is "a cultural ambassador in its truest sense."

In 2014, Li invited Yao to speak at the Brookings Institution about how basketball brings Chinese and Americans together. Also invited to the event was former NBA commissioner David Stern.

According to Li, Stern shared a story about the 2.26-meter-tall star that he remembers very well. He once invited Yao to lunch, and Yao left him a thank you note after. This act impressed Stern because it was an American etiquette. As Stern recalled, Yao was the only player who wrote him a thank you note among all the players in the league he dined with. "This is just a small example that speaks to Yao Ming's cultural sensitivity," Li said, "which is why he is a link that ties us together."

Thanks to Yao, Chinese fans were introduced to American basketball. Now, the NBA has an audience of more than 500 million in China. The NBA saw the potential in China's market and worked to keep a close partnership with China by organizing commercial and charity events to promote the sport to the younger generation. For a long time, the NBA has served as a bridge of cultural exchange between China and the United States. Among all the NBA superstars that made annual visits to China in the off-seasons, the late NBA legend Kobe Bryant was the most celebrated player by Chinese fans. 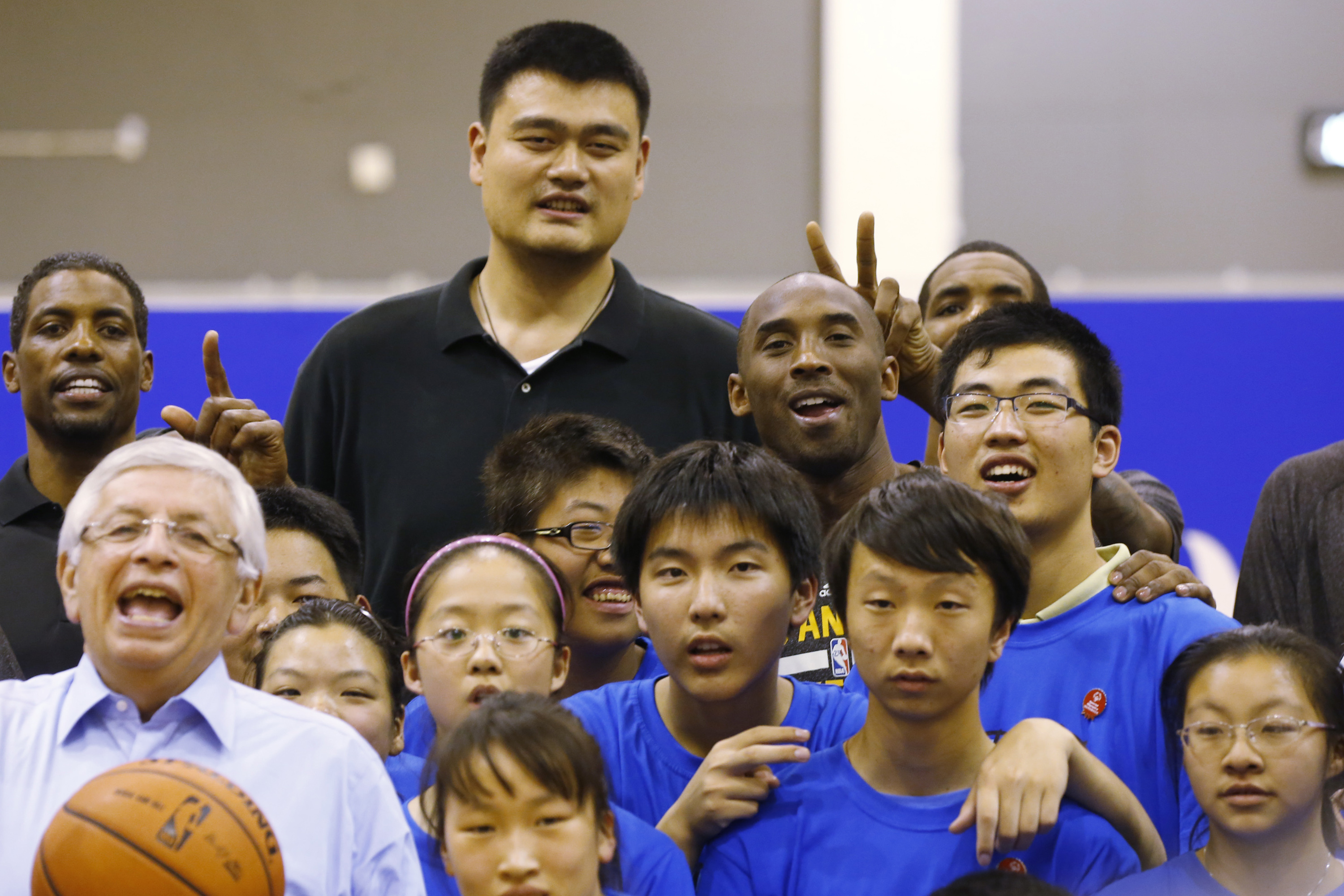 When Kobe Bryant and his daughter Gianna's tragic accident happened on January 26, 2020, the novel coronavirus outbreak in China was at its peak. However, the news about Bryant's fatal accident soon surpassed the virus and dominated Weibo's top searches. On January 27, Bryant's death occupied three of the top five most searched hashtags on Weibo. The most searched tag, "Kobe passed away," had more than 10 million searches – four times more than "latest pandemic map," which ranked fifth. Even People's Daily, a Chinese state media outlet, joined in mourning for Bryant and his daughter. "His fearless spirit of fighting, both on the court and in real life, is worth remembering," People's Daily wrote on Weibo. It is worth noting that at the time, the NBA was still banned in China following Houston Rockets' general manager Daryl Morey's tweet on Hong Kong in October 2019. This was the first time China's state media posted any NBA associated content since, which spoke volumes for the weight Bryant carried in China.

"During a time of intense political and ideological conflict, Kobe Bryant's legacy in China challenges the conventional wisdom that Chinese youth are simply 'brainwashed' by anti-American propaganda, which could foment a cultural clash between China and the United States. This connection, exemplified by Kobe's interaction with the Chinese people on a personal level, has been an important foundation for U.S.-China relations over the past four decades," Li wrote in his article, "Kobe Bryant and his enduring impact on the Sino-American friendship."

Teng Jimeng, professor of American studies at Beijing Foreign Studies University, has been teaching Chinese film history to American exchange students for 20 years. Teng told CGTN that the film most widely liked by his foreign students was "Assembly," a Chinese war film telling a PLA veteran's fight to gain recognition for his comrades who died nameless in the People's War of Liberation. "The most touching part is the story itself, which is cross-cultural and universal. The protagonist Gu Zidi fought for the title of martyr for all his soldiers. This incurred a common response among my American students. Some said, this is a very typical American story: the dignity, rights, and reputation of an individual shall not be deprived of." From cultural exchanges, we can find common humanity, no matter who you are or where you're from. As China-U.S. relations in the Biden-era continue to struggle, cultural and people-to-people exchanges have become a necessary channel to keep the foundations strong. "The bonds of our cultures, and the genuine friendship between our people will stand the test of time. They should be the main drive force of China-U.S. relations, not the economy, and not the so-called strategic framework and so on," Li said.

In fact, Joe Biden shares a close relationship with Chinese President Xi Jinping. Back when they were both vice presidents in 2011, they formed a friendship when Biden visited Beijing and Chengdu. The two have met at least 11 times in person since then. During Xi's visit to the U.S. in 2015, he spoke at a luncheon hosted by then Vice President Joe Biden and then Secretary of State John Kerry.

"Heart-to-heart communication between our two peoples is the source of strength of our bilateral ties. The growth of China-U.S. relations won't be possible without the mutual understanding and support of our people,” said Xi. Although China-U.S. relations have deteriorated to their lowest point in their half-a-century relationship, the foundation built on cultural exchange still stands, and there is still enough goodwill for the two countries to mend frayed ties and peacefully coexist. 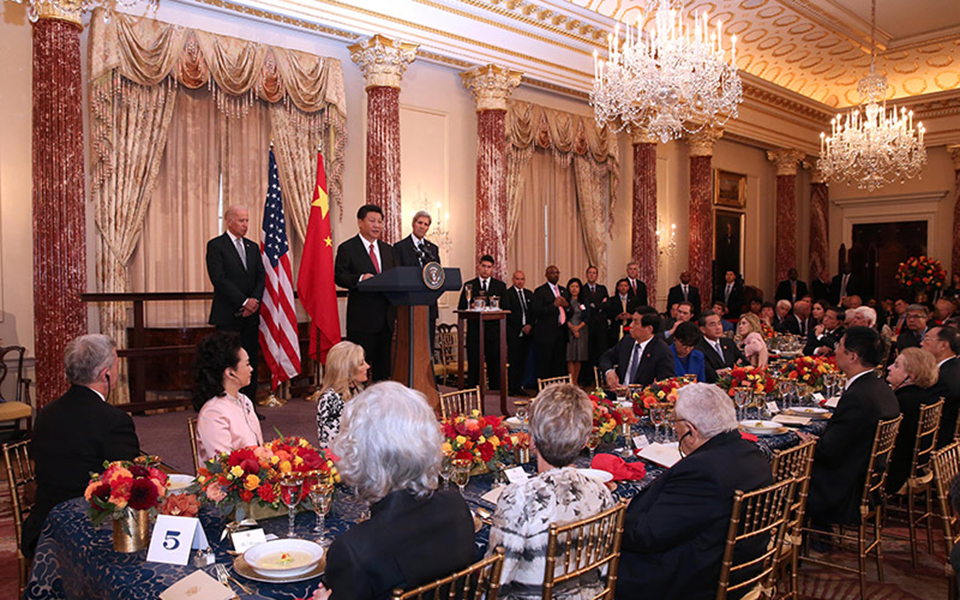