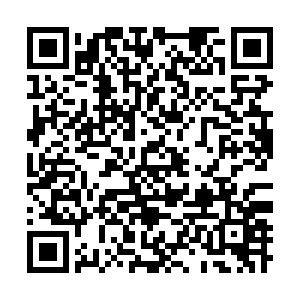 Chinese President Xi Jinping on Thursday attended a reception in Beijing to celebrate the 72nd anniversary of the founding of the People's Republic of China.

The reception, held a day ahead of China's National Day, was organized by the State Council.

Other Chinese leaders, including Li Keqiang, Li Zhanshu, Wang Yang, Wang Huning, Zhao Leji, Han Zheng and Wang Qishan, as well as some 500 guests from home and abroad, were also in attendance.

This year marks the centenary of the Communist Party of China (CPC). Li said that under the leadership of the CPC, China has achieved outstanding development over the past 72 years, attracting world attention, particularly completing the building of a moderately prosperous society in all respects and embarking on the new quest to fully build a modern socialist country.

Noting that this year is the first year of China's 14th Five-Year Plan period (2021-2015), he stated that China, under the strong leadership of the CPC Central Committee with Comrade Xi Jinping at the core, has coordinated epidemic response with social and economic development, and has effectively responded to the complex and grave international environment, as well as multiple challenges from COVID-19 and severe floods.

"On our way ahead, we still face many difficulties and challenges, and the journey remains long towards reaching the second centenary goal," Li said, stressing that development is the foundation and key to facing down all challenges.

To foster a new development paradigm and promote high-quality development, he said efforts should be made to implement regular epidemic prevention and anchor reasonable expectations, with focus on scientific and technological innovation, expanding domestic demand and rural vitalization.

He said reform and opening-up is China's fundamental state policy, which also serves as the key source of momentum for future development. He underlined the need to deepen reform across the board and achieve more significant progress on reforms in key areas and sectors.

Li stressed the commitment to reforms oriented toward the socialist market economy and higher-level opening-up on an institutional basis, and called for efforts to create a market-oriented, law-based and internationalized business environment.

Premier Li urged efforts to fully and faithfully implement the principles of "One Country, Two Systems," "the people of Hong Kong governing Hong Kong," "the people of Macao governing Macao," and a high degree of autonomy for the two special administrative regions.

Calling for actions to safeguard sovereignty, security and the development interests of the country, and measures to promote common development and progress of Hong Kong, Macao and the mainland, Li highlighted the need to continuously improve people's well-being and ensure long-term stability and prosperity.

He stressed adherence to the overall principles and policies on work related to Taiwan and upholding the one-China principle and the 1992 Consensus, while promoting the peaceful development of cross-Strait relations and advancing national reunification for the benefit of people across the Taiwan Straits.

Li also urged moves to firmly oppose and deter any "Taiwan independence" separatist activities and external interference, calling on people on both sides of the Taiwan Straits to make joint efforts to achieve national rejuvenation.

China will step up exchanges and cooperation with other countries to jointly tackle global challenges and promote the recovery and growth of the world economy, Li vowed.

He closed his speech by calling for rallying more closely around the CPC Central Committee with Comrade Xi Jinping at the core and unremitting efforts to build China into a great modern socialist country and realize the Chinese Dream of national rejuvenation.