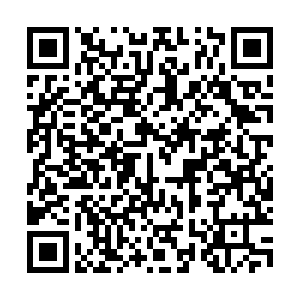 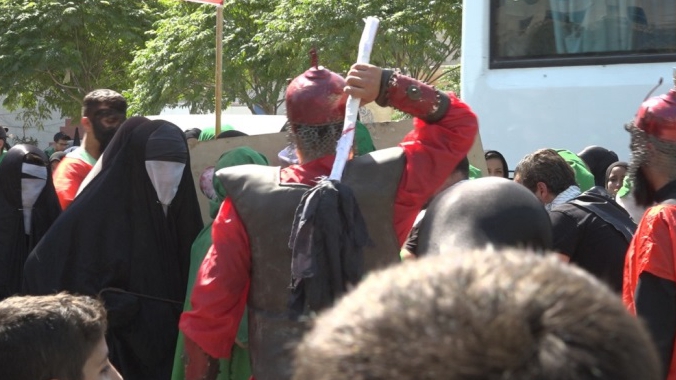 Hundreds of Shia Muslims from Syria and neighboring countries have marked the Arbaeen rituals, which resumed at Sayyeda Zaynab shrine near the Syrian capital Damascus.

The visitors came from Iraq and Lebanon to mark the occasion at the religious site, where the sister of the third Shia Imam Hosein, Sayyeda Zaynab was buried.

In 680 AD, Imam Hosein, Prophet Muhammad's grandson, launched a battle to overthrow the rule of Omayyad, but Hosein was defeated and massacred. At that time, Sayyeda Zaynab, one of the women accompanying Hosein, survived and was detained after she was taken captive from Kufa following her brother's death.

"We came to pay condolences to Sayyeda Zaynab," said a Syrian pilgrim, who added that the pilgrims learn "patience and sacrifice" from Imam Hosein.

"We will follow the Imam's footsteps until Imam Mahdi appear," he continued.

Mourners walked through the neighborhoods of Sayyeda Zaynab town wearing black clothes, some with green scarfs in a nod to sadness and Islam. Some of the mourners empathized with what happened to the grandson of the prophet of Islam Mohamad.

Tables and volunteers were distributed along the way to the shrine of Sayyeda Zaynab, offering visitors water and drinks.

On another side, volunteers cooked a huge amount of a local food made of wheat. They donated it to the needy, and gave to the mourners from the area or those who walking from elsewhere.

"We came from Iraq to pay tribute to Sayyeda Zaynab on this great day. The day that history witnessed it," an Iraqi pilgrim said.

Over the last decade, the rituals of Arabaeen have never paused, though the town was attacked several times between 2012 and 2016 by suicide bombers.

Sayyeda Zaynab town is a main destination for tourism in Syria, 10 kilometers south of Damascus. It is highly crowded, especially after waves of displacement from neighboring towns and villages.

The shrine has witnessed several improvements over the centuries, the last of which took place in 1990.