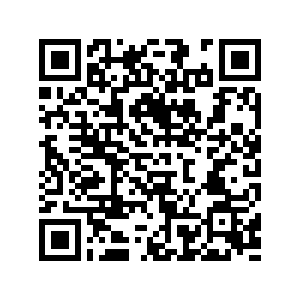 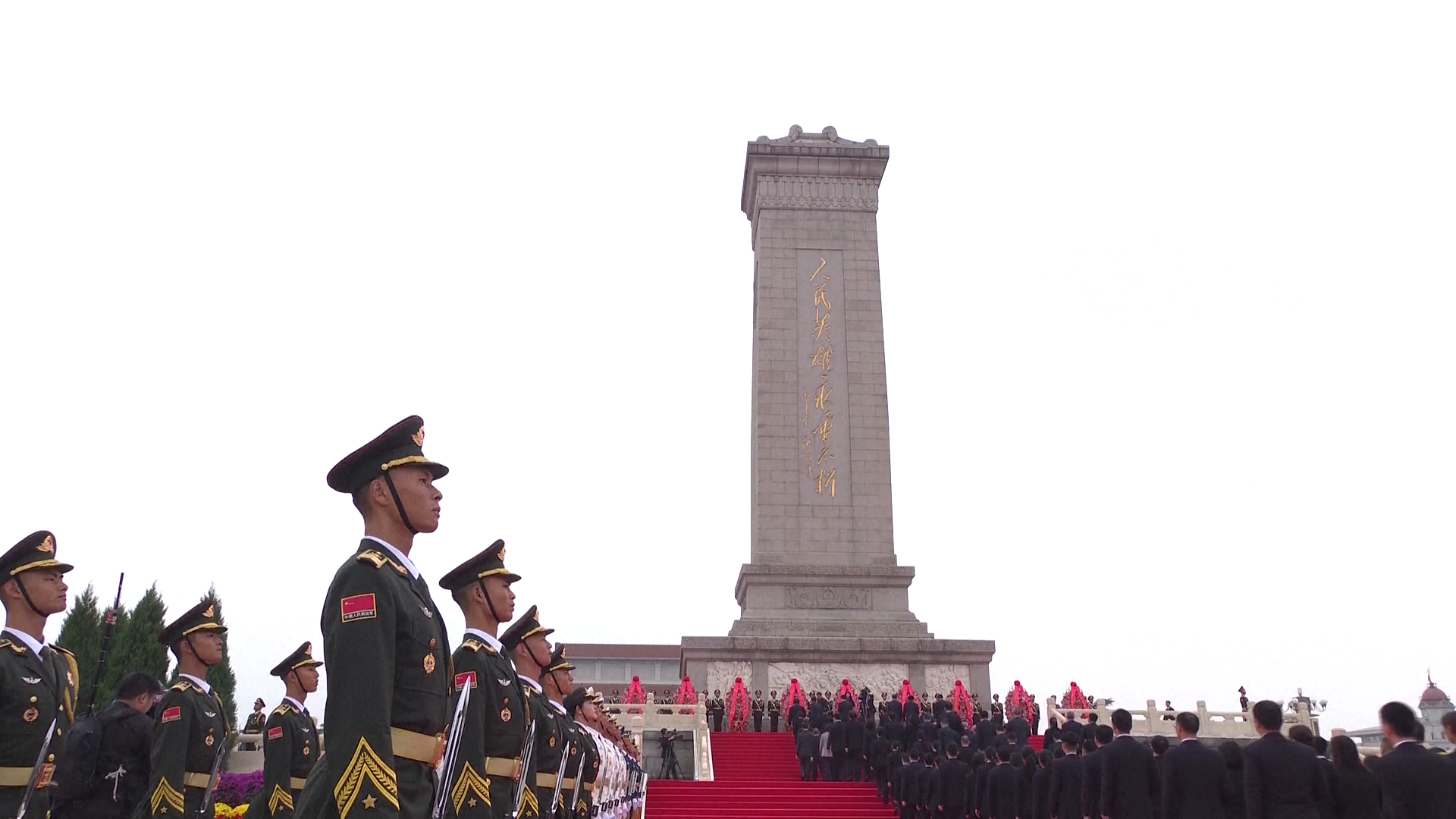 Editor's note: Yuan Sha is an assistant research fellow at the Department of American Studies, China Institute of International Studies. A former Fulbright scholar at Columbia University, she has a PhD in International Politics from China Foreign Affairs University. Yuan has published several papers on China-U.S. security relations in Chinese academic journals and is a regular contributor to many Chinese media outlets. The article reflects the author's opinions and not necessarily the views of CGTN.

China is holding its eighth National Martyrs' Day on September 30. President Xi Jinping, together with other Chinese senior officials, veterans, young children and representatives from all walks of life attended the solemn ceremony at Tian'anmen Square, where they sang the national anthem, held a minute of silence and presented flowers to the Monument to the People's Heroes. This day gives the Chinese a pause for reflection and preparation for renewal for their nation.

A day of reflection

The National Martyrs' Day is a day of commemoration to the heroes who sacrificed their lives for national independence and people's liberation. The day was chosen as September 30 every year because it is the day the Monument to the People's Heroes was laid, on the eve of the founding of the People's Republic of China on October 1, 1949.

On this day, memorials are held across China. There are tens of thousands of monuments, museums and halls dedicated to people's heroes across China and hundreds of commemoration sites on foreign lands, which represents various Chinese ethnic groups who shed blood for national independence.

The commemoration of martyrs is a sacred ritual in China. The huge sacrifices that the martyrs and all Chinese people made have shaped the identity and character of the Chinese nation, that is perseverance and invincibility against outside invaders to safeguard national sovereignty and territorial integrity. In fact, over 35 million people died during the war of resistance against Japan, which demonstrated China's enormous contribution to the global Anti-Fascist War. 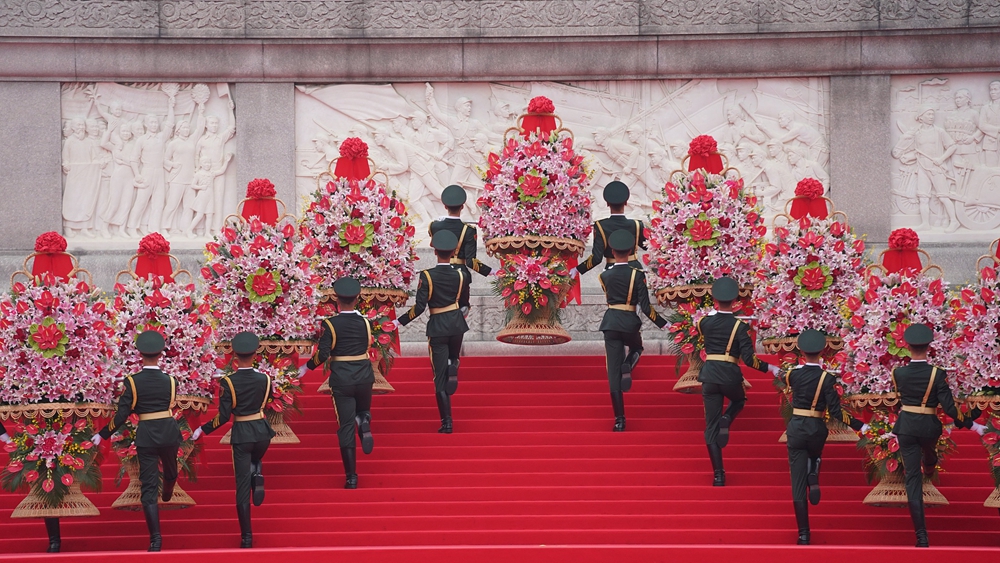 A ceremony at which flower baskets are presented to China's fallen national heroes is held in Tian'anmen Square in Beijing, China, September 30, 2021. /CFP

A ceremony at which flower baskets are presented to China's fallen national heroes is held in Tian'anmen Square in Beijing, China, September 30, 2021. /CFP

Such a sentiment is shared by other nations, which strikes similarities with the Russians toward their Anniversary of Victory in the Anti-Fascist War and Americans' commemoration of the Memorial Day. But some anti-China hawks in the West misconstrue this patriotism as evidence of China's "rising nationalism" and "revisionism" toward the current international order.

This is a gross misrepresentation. The tragic history of China's 100 years of humiliation serves as a reminder for the Chinese to remember the hardships our forefathers have fought and cherish the hard-earned peace and prosperity we are now enjoying in the 21st century. Thus, it is also the essence of the National Martyrs' Day, to respect history, to prevent a repeating of the history and to reject any attempt to rewrite the history.

2021 marks the centenary of the Communist Party of China (CPC). A century has passed, the CPC has grown from a handful of activists to a ruling Party with over 95 million members. During this time, China has survived and thrived into a moderately prosperous society and the world's second largest economy.

China has also made history by eradicating absolute poverty, which has haunted the world's most populous country for a thousand years. In this sense, the "China miracle" is the best tribute to the Chinese dream which the fallen heroes have harbored in their fight for independence and liberation of the Chinese nation.

However, as China is embarking on the drive to achieve the great rejuvenation of the Chinese nation against the background of the "great changes unseen in a century," China is confronted with mounting challenges. The COVID-19 pandemic is wreaking havoc on people's lives and livelihoods around the world as well as the global supply chains.

China, as an integral part of the global economy, is also witnessing unprecedented socio-economic disruptions. What's more, as geopolitical tensions rise, China is facing hegemonic bullying and coercion from outside forces.

As the saying goes, "Never forget why you started, and your mission can be accomplished." The Chinese people and the CPC have come a long way from subjugation and destitution to national independence and rejuvenation. It is rewarding to reflect on the spirit of the people's martyrs and prepare for a national renewal. History will prove that the Chinese people and the CPC have chosen the right path and will always serve as a positive force for international peace and prosperity.