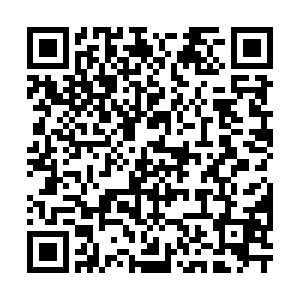 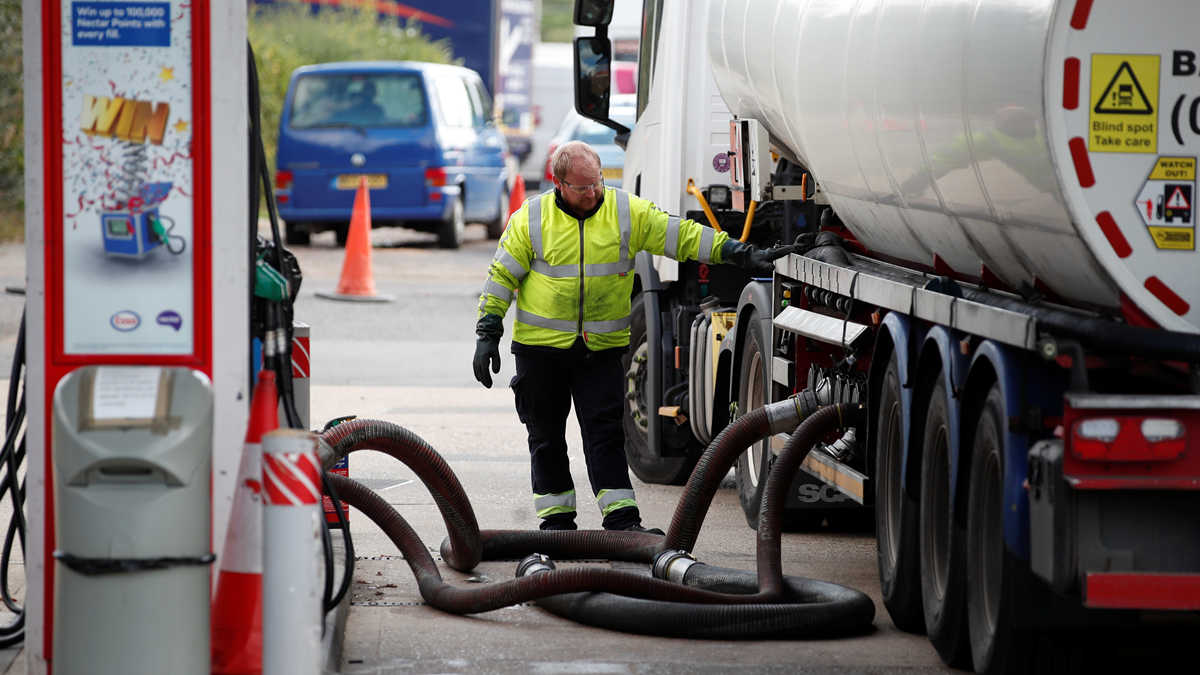 Refilling the pumps at a petrol station amid a fuel shortage in Flamstead, St Albans, Britain, September 29, 2021. /Reuters

Refilling the pumps at a petrol station amid a fuel shortage in Flamstead, St Albans, Britain, September 29, 2021. /Reuters

Britain's gas station crisis cut road traffic volumes to the lowest level since the COVID-19 lockdowns, data showed on Thursday, indicating that fuel pump chaos across the land may hinder the recovery of the world's fifth largest economy.

In a chaotic week where fights broke out at gas stations and people filled up old water bottles with petrol, British ministers have repeatedly said the crisis is easing, though they ordered soldiers on Wednesday to start driving fuel tankers.

"That crisis is now absolutely something which is back under control," Chief Secretary to the Treasury Simon Clarke said.

Reuters reporters visited 10 petrol stations in London and surrounding areas on Thursday. Three were open. A line of dozens of drivers snaked back from one of the open stations with staff attempting to direct the queue.

Transport ministry data indicated that motor traffic had decreased by 6 percentage points on Monday from the previous week to the lowest volume on a non-holiday Monday since July 12. England ended COVID restrictions on July 19.

The disruption, caused mainly by an acute shortage of truck drivers, and the spike in prices it is expected to fuel, threaten to undermine Britain's economic growth, projected at 7 percent this year.

Data released by the Office for National Statistics on Thursday showed the economy grew by more than previously thought in the April-June period before what looked like a sharp slowdown more recently as post-lockdown bottlenecks, including the shortage of truck drivers, mount.

The Petrol Retailers Association (PRA), which represents independent retailers who account for about two-thirds of all the 8,380 UK filling stations, said on Wednesday that 27 percent of members reported being out of fuel and it expected the situation to further improve in the next 24 hours.

The gas station crisis has provoked scorn in some European capitals, with senior politicians suggesting Britain's trucker shortage was a clear consequence of its 2016 referendum decision to leave the European Union.

Asked if Britain would be in a better position had it not left the EU single market, Clarke said: "I really don't accept that."

"The idea that this is about Brexit is to try and take us back into what is really I'm afraid quite a negative conversation around opportunities foregone," he said.

To tackle the shortage of drivers, the government has been forced to bring in measures it had previously ruled out, such as issuing temporary visas to 5,000 foreign drivers.