Download
What does Meng Wanzhou case tell us?
Huo Zhengxin 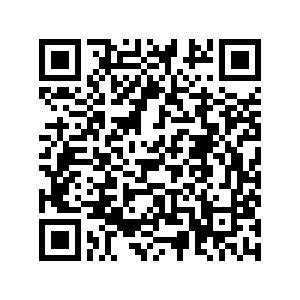 Editor's note: Meng Wanzhou, CFO of Huawei, a Chinese high-tech company, has been released and returned home after being detained in Canada for nearly three years. The case, to some extent, has reflected the China-U.S. relations under both the Trump and Biden administrations. Huo Zhengxin, a law professor at the China University of Political Science and Law, shares his views on Meng Wanzhou's case. The opinions expressed in the video are his own, and not necessarily those of CGTN.

CGTN: What kind of legal considerations does the Meng Wanzhou incident bring?

So technically, it seems that Canada has the legal duty to do so at the request of the United States. However, it should be noted that in order to extradite a suspect, the principle of "double criminality" should be met. Or in other words, in order to extradite Meng Wanzhou, there must be evidence to show that the actions or the behaviors of Meng Wanzhou are a criminal offense under both Canadian law and American law.

CGTN: Why did Trump want Meng Wanzhou arrested, and why did the Biden administration decide to drop the case now?

Huo: When Trump was in office, his government waged a trade war with China, and his government tried to target Huawei, a leading high-tech company, because the Trump administration believed that Huawei had become a challenge to the United States in the 5G technology area. And arresting Meng Wanzhou is a part of the plot to target Huawei, this Chinese company. But I should say that it's quite rare to target a company's executive instead of the company itself. So, in this case, I should say that the Trump administration had gone too far. This also may explain why the Biden administration decided to drop the case.

I think there are a couple of reasons: The first is that the arrest of Meng Wanzhou has put the U.S. in a very difficult situation because the whole world now sees that the U.S. has weaponized its domestic laws to realize its policies. So, it's not a good thing to build an image for the United States. The second is that the arrest – the detention – of Meng Wanzhou in Canada put Canada, America's ally, in a very helpless situation.

And now, Biden is trying to rebuild its relationship with its ally. So, dropping the case also helps Canada to get out of the trouble. And last but not least, I think that recently, President Biden and President Xi Jinping had a phone call. In that phone call, the two presidents also mentioned that it is necessary to maintain a sound relationship between the two powers. So, this also paved the way for the solution of this case.