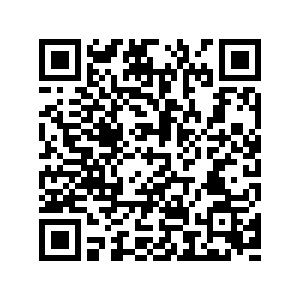 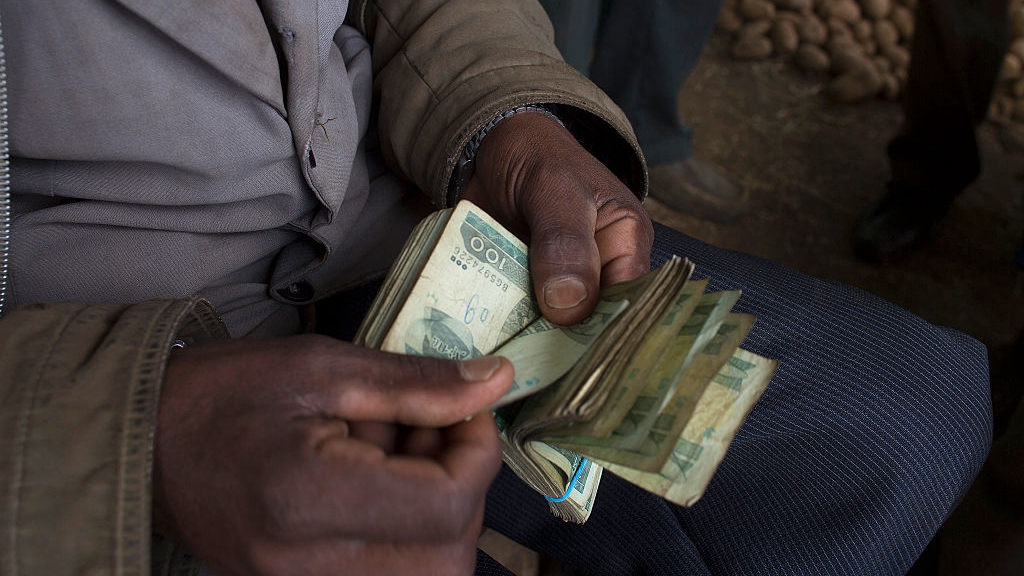 A farmer counts his cash payment for barley grain in Ethiopian birr banknotes in the village of Damo Dulele, Ethiopia, February 26, 2015. /Getty

A farmer counts his cash payment for barley grain in Ethiopian birr banknotes in the village of Damo Dulele, Ethiopia, February 26, 2015. /Getty

Editor's note: Yared Nigussie is an economic and political commentator based in Addis Ababa. The article reflects the author's opinions and not necessarily the views of CGTN.

Ethiopia's economy is tottering. The cost of living is becoming very high as inflation balloons continuously. The Tigray War in the north has cost $2.5 billion and international investors are staying away, according to Louw Nel, a senior political analyst at NKC African Economics, a consulting firm.

The war that has lasted for nearly a year has been disrupting supply chains and, as United Nations Secretary-General Antonio Guterres told the Security Council in August, it has drained $1 billion from Ethiopia's coffers.

The conflict has had its own negative impact on prices.

Currently, the cost of everyday goods is skyrocketing alarmingly and even the middle class are finding it hard to buy even basic commodities. Although Ethiopia's inflation woes predate the conflict, they have been exacerbated by it.

Inflation has risen on average by 30.4 percent, according to the Central Statistical Authority (CSA). Food inflation reached 37.6 percent in August, the highest in 10 years.

Economists assert that a profound reason is the aggressive spending of the government and sections of society on food items for soldiers who are fighting in Tigray.

However, the primary and prolonged reason for the galloping inflation is the lack of aggregate supply from the agricultural sector, the backbone of the nation's economy. Farmers, especially in northern parts of the country, are joining fighting militias to fight, leading to worsening supply shortages. 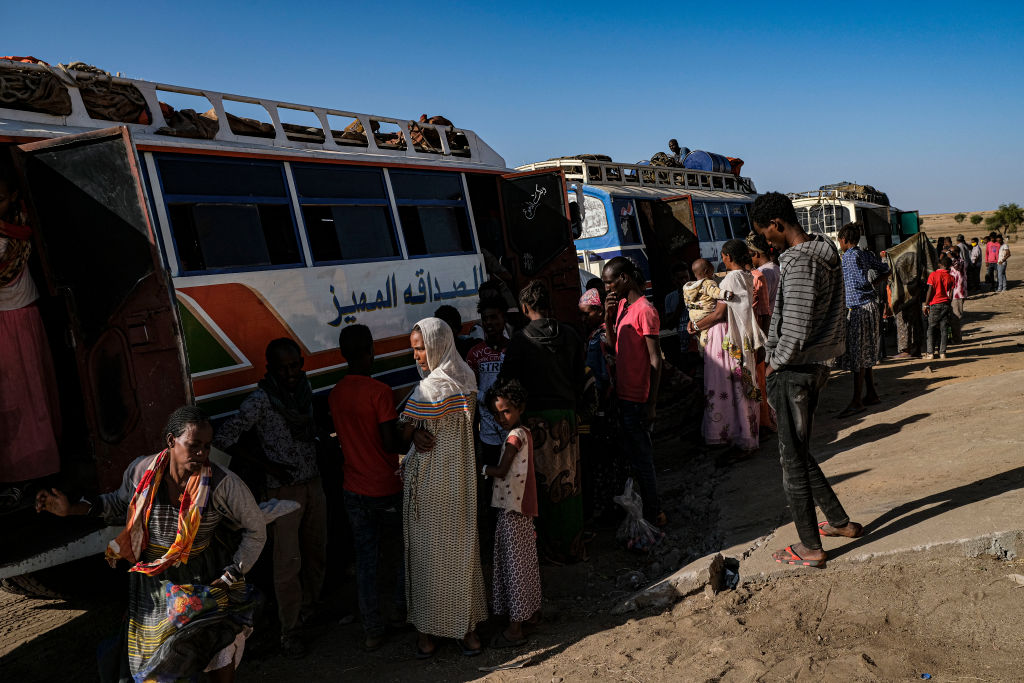 Refugees from the Tigray region of Ethiopia board buses to a Um Rakuba refugee camp in Hamdayet, Sudan, December 7, 2020. /Getty

Refugees from the Tigray region of Ethiopia board buses to a Um Rakuba refugee camp in Hamdayet, Sudan, December 7, 2020. /Getty

"Workforces are heading to war in rainy season. That would worsen shortages of supply and make the current problem worse," said an economist, echoing the views of many. They warn that if the war continues, an economic catastrophe, including a humanitarian crisis, will result, and social ills will increase.

As much of the focus is on war, funds for infrastructural construction projects in Ethiopia are likely to be delayed. Investors, who value relative peace more than anything else, are going to shy away from investing. And, that, in turn, will impact youth employment adversely.

Foreign Direct Investment (FDI) inflow into Ethiopia reached $3.9 billion in the recently concluded 2020/21 fiscal year, data from the Ethiopian Investment Commission showed. But, if there is no ceasefire, confidence among investors may wane.

As the war continues unabated and the production of export items ceases, Ethiopia could face its highest ever budget deficit.

Due to low productivity and falling revenues, international lenders may question whether providing loans to the country is the right thing to do at this time, and failure to repay may come back to haunt them.

You just have to add the COVID-19 pandemic to the hit to tourism by the prolonged war, bearing in mind northern Ethiopia is home to the nation's most visited and admired sites. As a multiplier effect, professionals who base their income on tourism are suffering.

Close to 1,400 health centers have been damaged by the conflict, according to Minister of Health Dr. Lia Tadesse. Meanwhile, the ministry of education has allocated 100 million Birr to reconstruct educational facilities in conflict-prone areas.

We can say, at least in principle, wars end after peace negotiations if a winner is not in sight.

Prolonged war comes with heavy human and economic costs. Cutting the costs requires a paradigm shift to politics that puts people at the center.