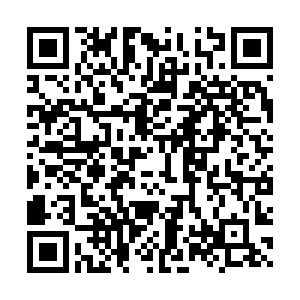 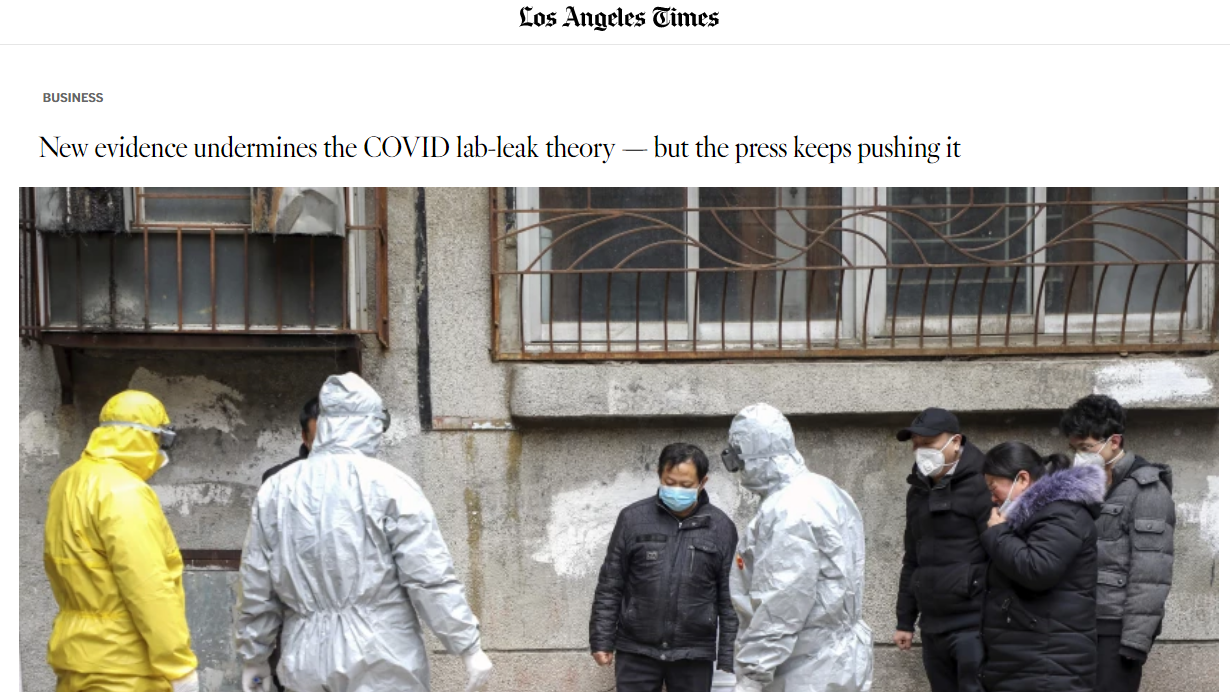 Screenshot of the article from the website of Los Angeles Times.

Screenshot of the article from the website of Los Angeles Times.

Despite mounting evidence that the novel coronavirus originated from nature, U.S. media including CNN, the Intercept and the Atlantic keep promoting the lab-leak theory of the virus, wrote Michael Hiltzik, a Pulitzer Prize-winning journalist.

The article, titled "New evidence undermines the COVID lab-leak theory – but the press keeps pushing it," was published on the Los Angeles Times earlier this week.

"When it comes to the pandemic, pseudoscience has outweighed real science at almost every turn. One of the best examples of that is the unsupported assertion that the virus causing COVID-19 escaped from a Chinese laboratory," Hiltzik wrote.

The lab-leak claim, first emerged during the Trump administration, was part of "a White House information campaign demonizing China," he noted.

Hiltzik cited a series of recent studies on COVID-19 origins by virologists, which all added to the evidence that the virus jumped from animals to humans.

However, some U.S. media have downplayed or entirely ignored the latest scientific findings, while continuing to hype the lab-leak hypothesis using misleading techniques, he exposed.

Just last month, CNN aired an hour-long documentary entitled "The Origins of COVID-19: Searching for the Source." In the program, it seemed both the proponents of the zoonotic origin theory and those of the lab-leak theory were given airtime.

The proponents of the zoonotic origin theory were all professional virologists, including Kristian Andersen of the Scripps Research Institute in La Jolla and Peter Daszak, a prominent zoologist.

But as Hiltzik pointed out, the guests supporting the lab-leak theory include Alina Chan, a researcher at the Broad Institute, a biomedical research center, and Josh Rogin, a Washington Post columnist, neither of whom have any experience in virology. The program also did not mention the fact that Chan is co-writing a book about COVID-19's origins that is expected to prominently feature the lab-leak theory.

"By posing these two theories as simply two equally plausible solutions to a mystery, CNN glosses over the fact that the virological community regards the animal origin as vastly more likely rather than a lab leak. In fact, the two hypotheses are miles apart in credibility," Hiltzik wrote.

He called attention to the two clear trends on COVID-19 origins tracing: evidence of artificial manipulation of the virus has faded, while for zoonotic transmission is constantly accumulating.

"No one who reports on the issue without acknowledging these two trends should be trusted," he wrote.