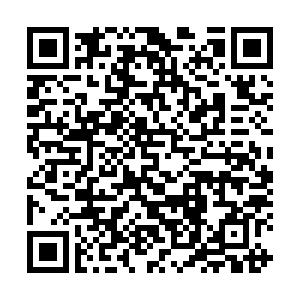 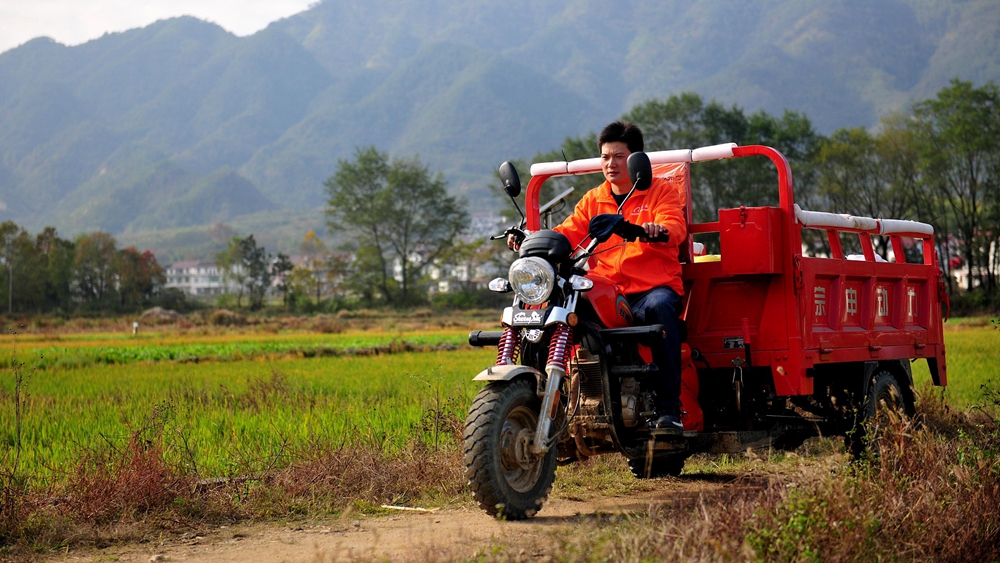 Between January and August, the delivery industry handled more than 28 billion parcels in rural areas, a jump of more than 30 percent from a year earlier, according to the latest data issued by the State Post Bureau in the first half of September.

The parcels included farm produce bound for the urban market and industrial products to be sold in rural areas. These products were valued at 1.4 trillion yuan ($217 billion).

At present, the rural market has become the new growth point of the express delivery industry, as one-third of more than 300 million parcels handled per day were in rural areas, said the bureau.

The booming delivery services not only increase farmers' incomes but also boost the local economy, said Chen Kai, deputy director of the State Post Bureau, at a press conference.

Well-known and quality agricultural products from villages in various regions have been sold well thanks to express delivery services. 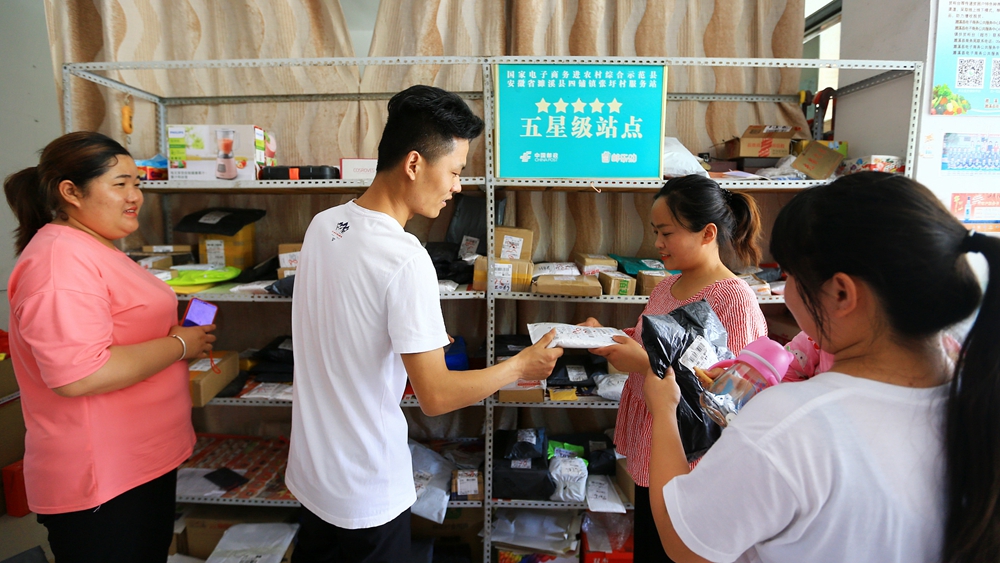 Villagers get their parcels at an express delivery site at a village in Huaibei City, east China's Anhui Province, June 8, 2020. /CFP

Villagers get their parcels at an express delivery site at a village in Huaibei City, east China's Anhui Province, June 8, 2020. /CFP

To help prune growers sell fruit with good prices, a branch of ZTO Express, a leading express delivery company in China, contracted 10 acres of orchards at Yongfeng Village and made presales on e-commerce and livestreaming platforms when the fruits are still not ripe.

As soon as the fruits are ripe, ZTO Express will arrange vehicles to carry fruits just picked up to buyers, including those who have ordered the fruits online.

"On peak days, a total of 800 kilograms of prune fruits were sold out," said Guo Rong, who is in charge of the branch, in an interview with People's Daily.

Besides, residents in rural areas also pursue the express delivery industry to start their careers and earn money.

Since 2014, China has carried out a campaign to boost deliveries in rural areas. All county-level regions and 98 percent of the town-level regions now have access to express delivery services.