Download
Fabio Cannavaro on why he left Guangzhou, future of Chinese football
CGTN 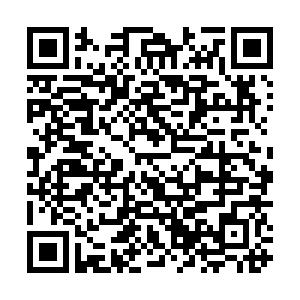 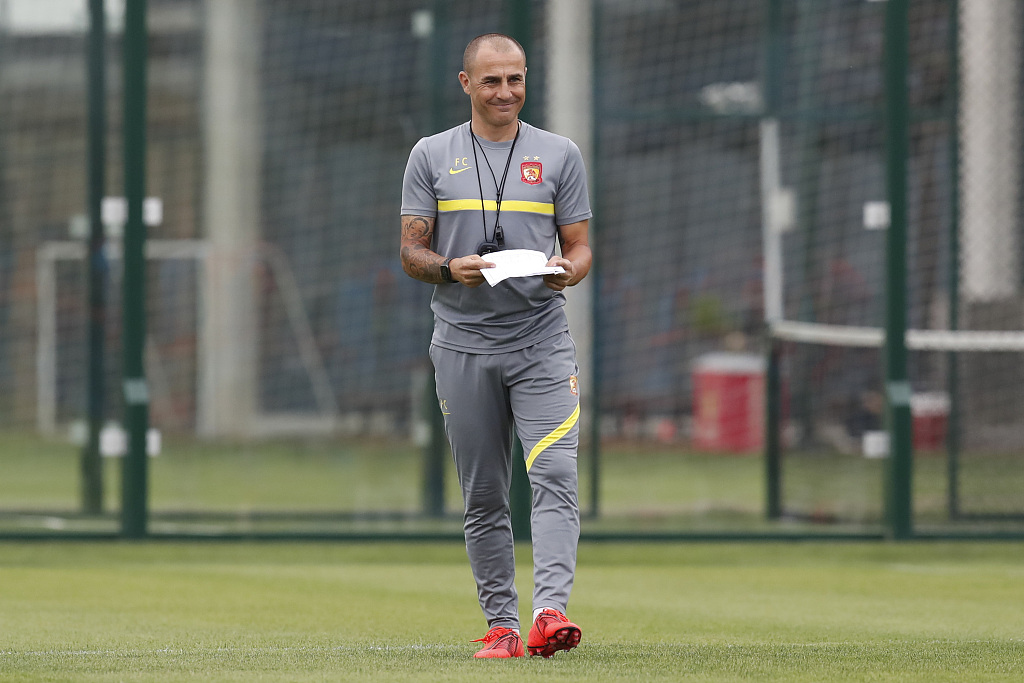 Fabio Cannavaro and Guangzhou reached agreement on ending his contract as the club's manager. /CFP

Fabio Cannavaro and Guangzhou reached agreement on ending his contract as the club's manager. /CFP

Many didn't see it coming when the club announced on September 28 to put an end to the contract with Cannavaro.

"COVID-19 changed everything in the past year and a half," said the 48-year-old manager. "I was unable to see my family. The league competitions were all broken up. There was even a four-month-long interruption. Everything looked fine at the beginning, but it turned awful later. Quarantine and the bubble mechanism kept me away from my family. It's not a sudden call to leave. Actually, I talked to the club about it when we were in Doha after the last CSL season."

Cannavaro revealed that Guangzhou wanted him to stay and approved of his performance and that of his coaching staff. However, he did not see his family for 11 months last year and for another eight months this year. He called it a difficult decision and thanked the club for giving him the chance to start over. 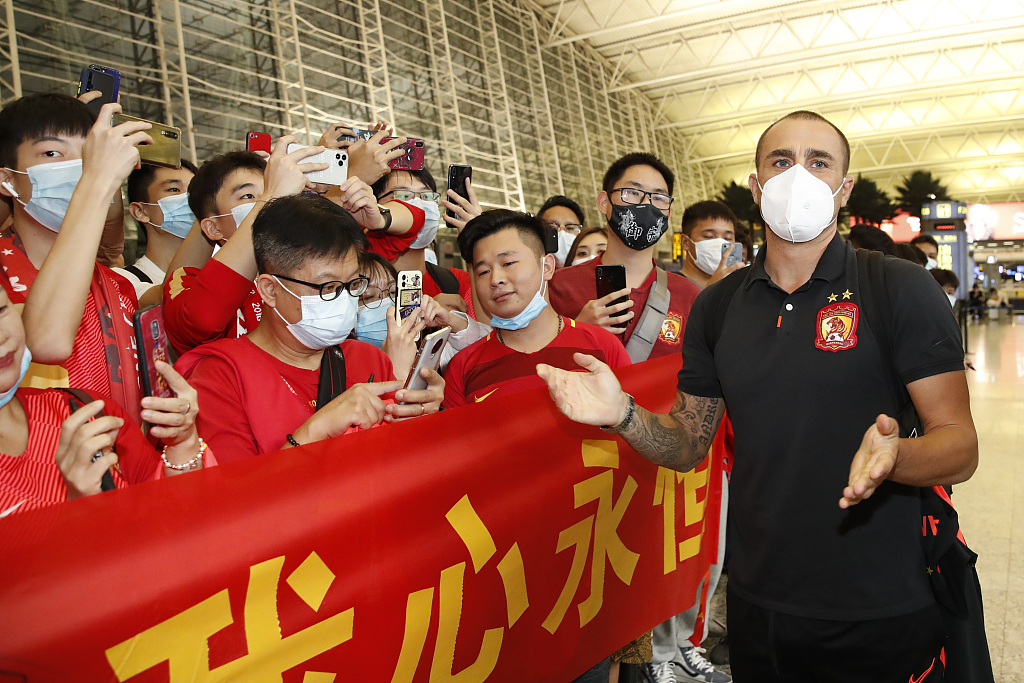 Cannavaro told Tencent Sports that he gave up 15 months of salary and bonuses, which could reach over 24 million euros (about $27.9 million) pre-tax. He was aware that Chinese football was under a lot of domestic criticism because of salary issues and admitted that the development of Chinese football has slowed down due to many reasons.

"The CSL was seen as an attractive, quality league back in 2017-18. But then things changed. Clubs were requested to send more young players to the field. Some of these youngsters were not good enough to play in the CSL, but managers had to put them in the games – even for only a few minutes – because that's the rule of the league. These rules grew more complicated later. We can't deny that the CSL is a great league that has many splendid managers, top players and stands filled with fans in the stadiums. It is a league with great potential," said Cannavaro.

Building young talent bases is an integral part of the development of football and the Chinese Football Association (CFA) knows it. Having young players refined and grow in the top domestic league is one way to build a decent talent pool, but there are details that could be improved to better implement these policies. 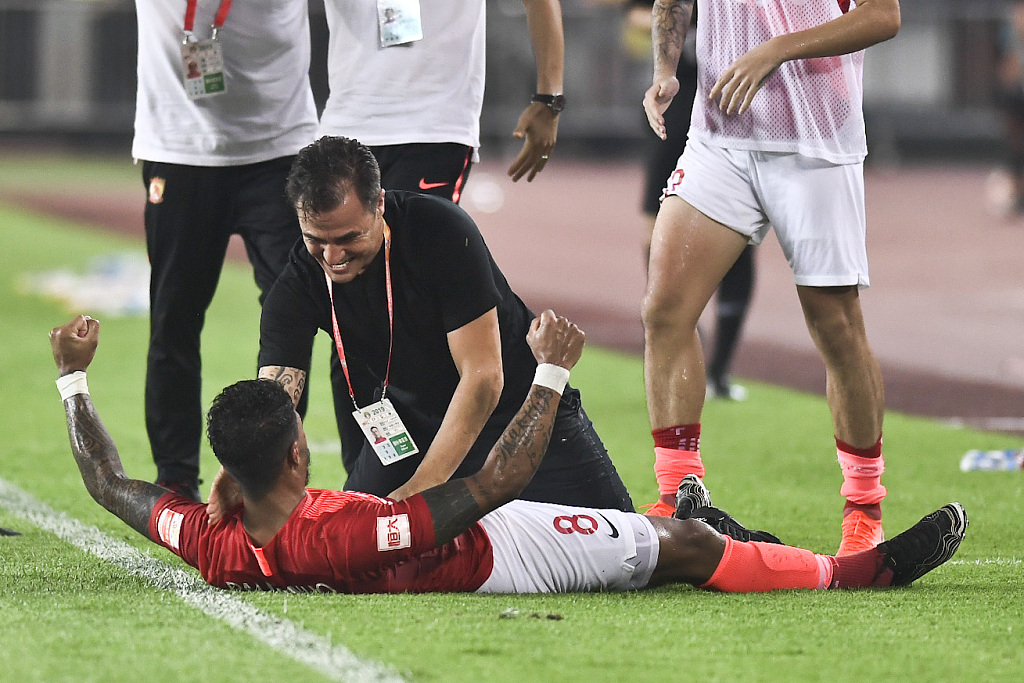 Presenting a salary cap is another controversial move by the CFA. Cannavaro said he understands why this policy was launched because it's true that Chinese players (in the CSL) used to make way more than their Japanese and South Korean counterparts. But he believes the development of Chinese football slowed down after the salary cap was introduced because some important players left.

"The league needs these players to make good examples despite the cost of high salaries," Cannavaro said. When a top player joined a CSL team for a better salary, he also showed others how to train, play and eat in a better way. Young players can learn a lot from him and will work harder to catch up with his pace. "That's why I think the departures of certain players may lead to some recessions in the league," said the Italian manager.

The CFA was trying to achieve parity in the league by presenting a salary cap, similar to what UEFA tries to do with its Financial Fair Play Regulations (FFP). No policy is perfect, especially policies like these. Any changes to a league that is so big will come with growing pains. 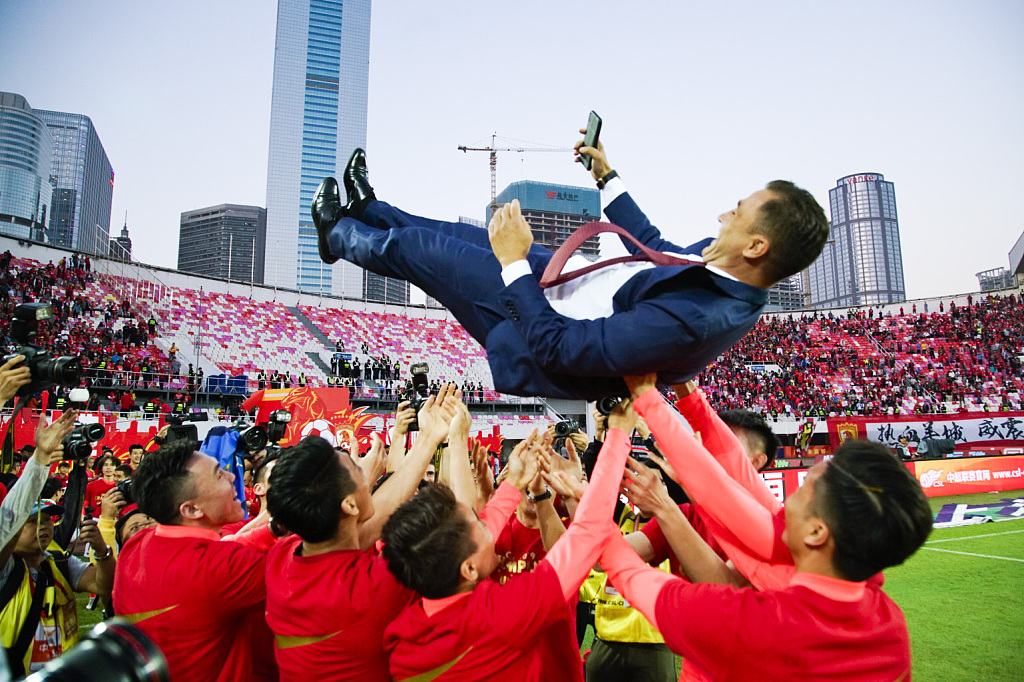 Cannavaro said it's a pity that he won't be able to win more championships with the team. He's proud that Guangzhou found a new, correct balance this season.

"We lost Paulinho and Talisca this season. We used to build the roster around Paulinho, who brings a system to the team and can score a lot of goals. Talisca is a Premier League-level player to me. They barely missed any games before and I criticized for that. But we found new equation for victory after they left. I added some new players to the first team, like Jiang Guangtai, who is now a member of the Chinese national team," added Cannavaro.

Guangzhou are good enough to match European clubs, Cannavaro said, adding that his next goal is to coach a European team.

"I hope one day I can come back to China and tell fans myself how grateful I am for their support and love."