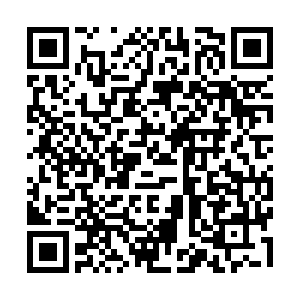 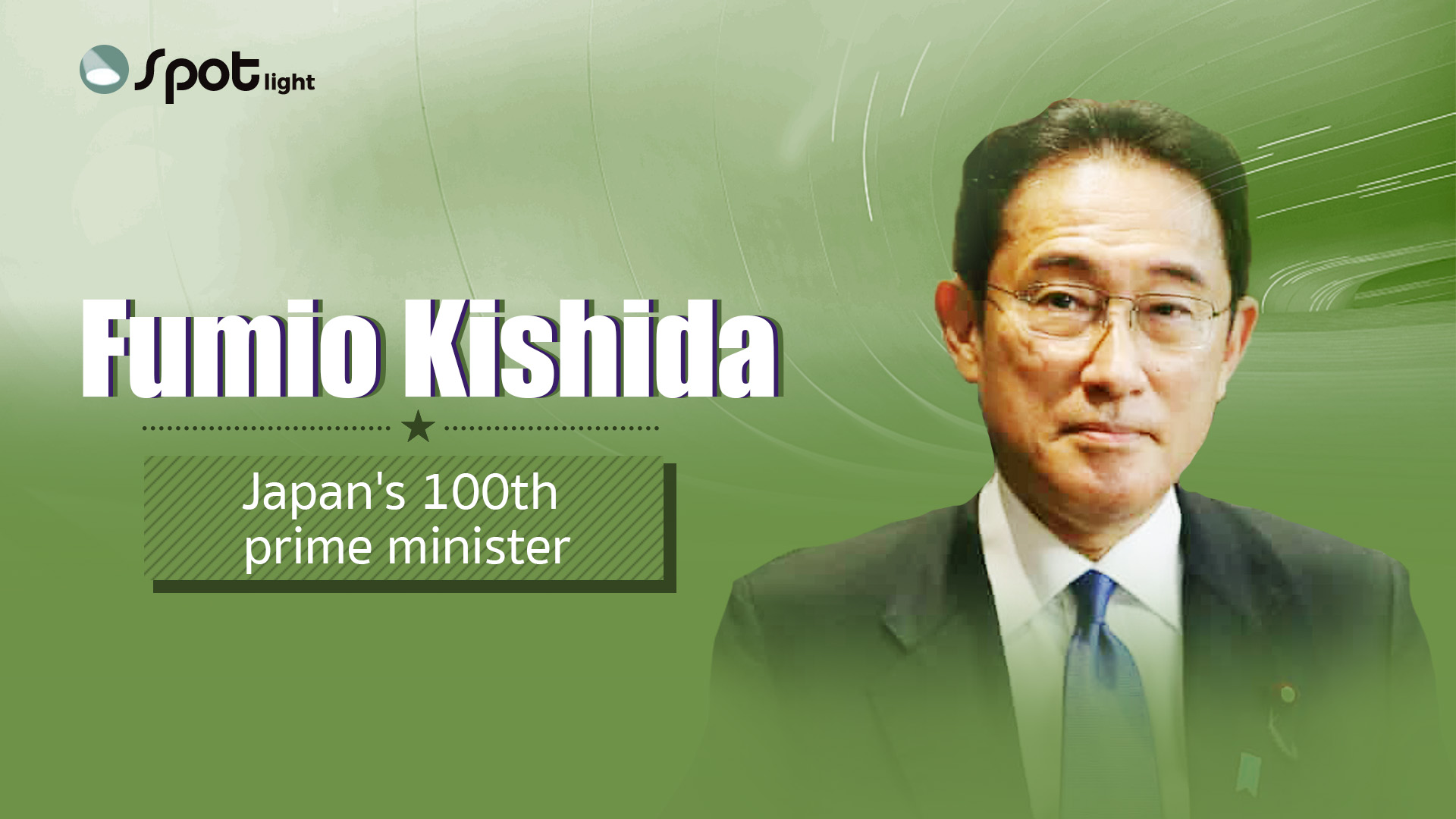 Fumio Kishida became Japan's 100th prime minister by an extraordinary session of the Diet at the imperial palace on Monday, and will be formally appointed by Emperor Naruhito.

Kishida reportedly plans to retain current Foreign Minister Toshimitsu Motegi and Defense Minister Nobuo Kishi. He is expected to dissolve the lower house of parliament on October 14, and is set to call elections for October 31. 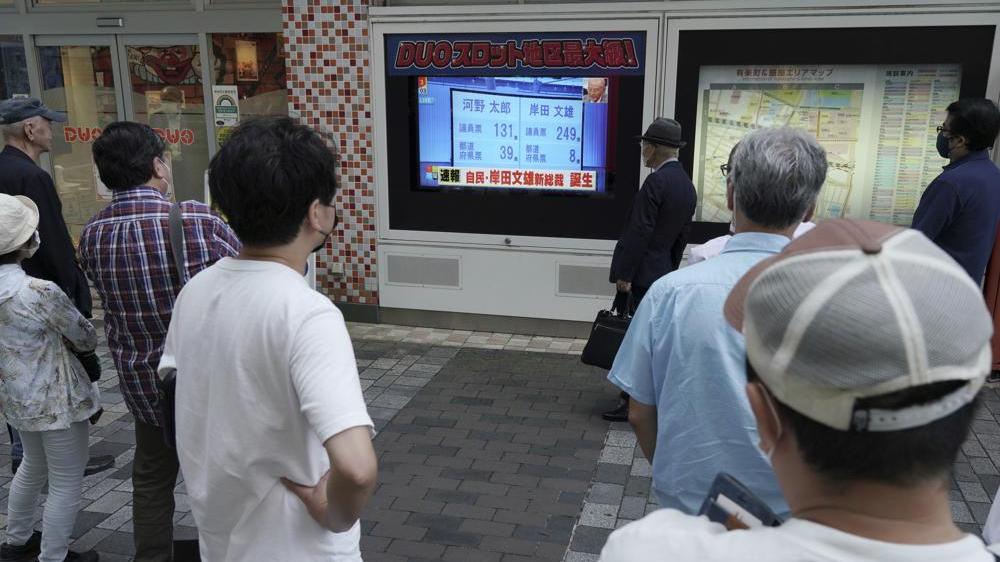 Kishida was born into a political family in Shibuya Ward of Tokyo – both his father and grandfather were legislators in the lower house. Having spent his childhood in Hiroshima, he moved with his family to New York at the age of six when his father was appointed as a trade official to the U.S. He spent three years in primary school there.

After graduating from the School of Law of Waseda University in 1982, Kishida started a career in banking before entering politics as a Representative for Hiroshima's first district. In 2007, he was appointed minister of state for Okinawa affairs and the Northern Territories (the islands in dispute between Japan and Russia, known as Kuril Islands in Russia) firstly in the Shinzo Abe cabinet and later in the Yasuo Fukuda cabinet.

While working as foreign minister under Abe, Kishida gained a positive reputation for his balanced views on foreign policy. In 2014, he traveled to Beijing to attend the APEC Ministerial Meeting, right after China and Japan reached a four-point consensus to improve bilateral ties. At the Seventh Trilateral Foreign Ministers' Meeting among Japan, China and South Korea in 2015, Kishida shared views with his counterparts to further cooperate in areas of environmental protection, disaster management and cultural exchange. 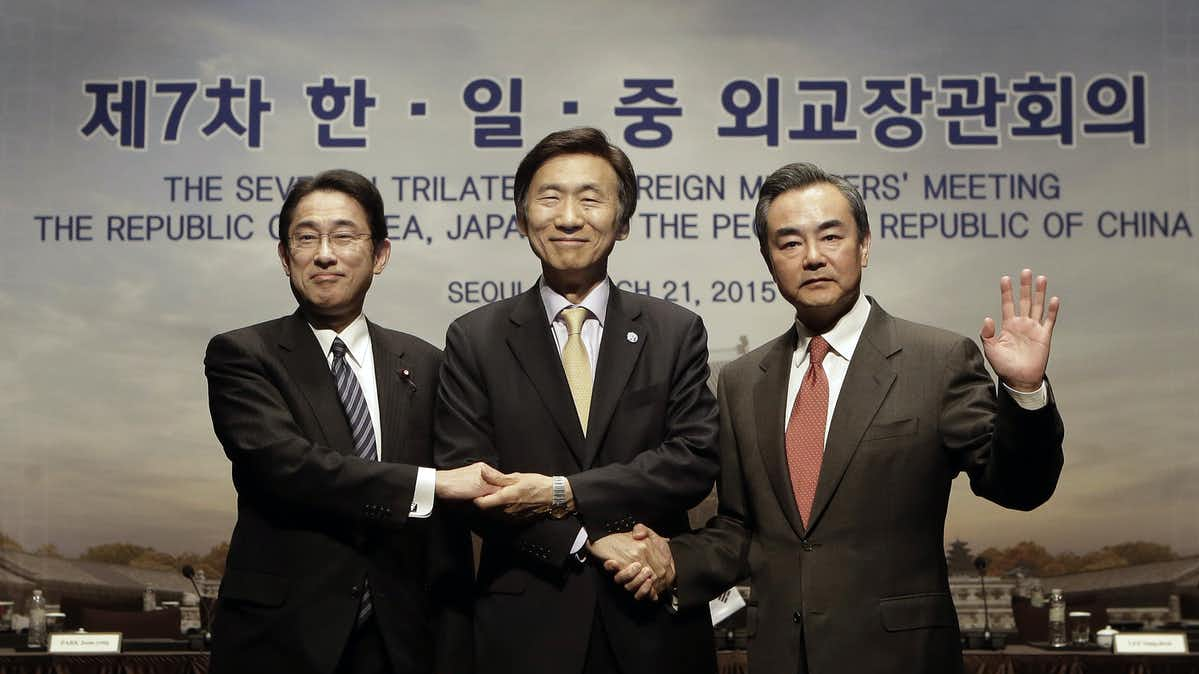 Kishida has been seen as a dovish policymaker, coming from Kochikai, a faction of LDP with a pro-China tradition. However, his recent steps have been influenced by various political forces within the LDP, as well as public opinion.

"The hawkish attitude towards China he has displayed during the campaign is in contrast to his political ideals of being mild and moderate, as he needs to win the support from party members," said Li Tingjiang, director of the Research Center for Japanese Studies at Tsinghua University. "Whether he is able to carry out his political ideas during his tenure depends on time."

Li, also the professor from the Law School at Chuo University, added that Kishida's approach to East Asian relations will likely remain unchanged, at least before the general election expected at the end of October.

But in such realms as the economy and technology, Kishida affirmed that China and Japan need to maintain cooperation as the two countries share common interests. He is likely to follow the track of Japan's dual-track diplomacy by strengthening the U.S.–Japan alliance while supporting ASEAN's multilateral mechanisms.

"The development of Japan-U.S. relations also depends on changes in China-U.S. relations," said professor Li. As a long-time supporter of a strong alliance with Washington, Kishida is likely to keep Japan's close ties with the U.S. unchanged.

Kishida comes from Hiroshima, a city annihilated by atomic weapons in 1945. During his political life, he has advocated for nuclear disarmament. In 2014, he proposed specific measures to reduce nuclear risks including increasing the transparency of information in countries with nuclear weapons. He also helped coordinate a historic 2016 visit by then U.S. President Barack Obama to Hiroshima.

As foreign minister, he reached an agreement with South Korea over the long-standing issue of Korean "comfort women," saying his government would fund one billion yen ($8.3 million) to help those who suffered sexual abuse by Japan's military during World War II. 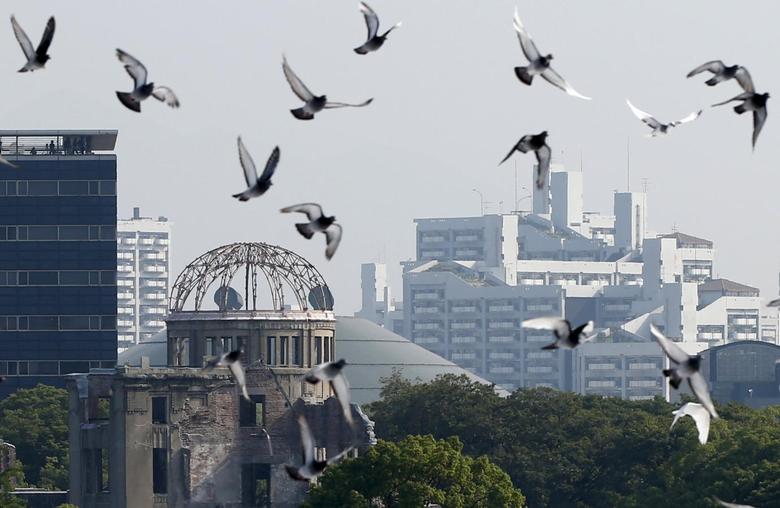 Doves fly over the Peace Memorial Park near Atomic Bomb Dome (L) at a ceremony in Hiroshima, August 6, 2015. /Reuters

Doves fly over the Peace Memorial Park near Atomic Bomb Dome (L) at a ceremony in Hiroshima, August 6, 2015. /Reuters

Kishida has set Japan's economic recovery as a priority. During the campaign, he called for building a stronger middle-class and narrowing the income gap with a plan that differentiates from "Abenomics" – an economic policy package driven by Abe to realize sustainable growth. Despite profit increases in the corporate sector, the country has experienced sluggish consumption and prolonged stagnation.

The incoming prime minister has pledged to start a “positive cycle of growth” and to raise people's income, not just to benefit big corporations. Earlier this month, he promised a stimulus package worth tens of trillions of yen, including financial aid to individuals and businesses hit by the COVID-19 pandemic. He also plans to distribute housing and educational subsidies to boost consumption. 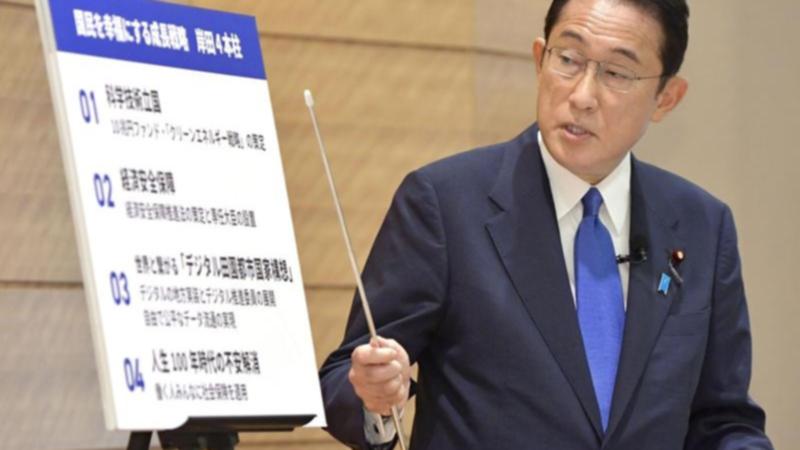 Kishida plans to pursue a new form of capitalism to reduce income disparity if he becomes PM. /AP

Kishida plans to pursue a new form of capitalism to reduce income disparity if he becomes PM. /AP

Kishida has developed the image of a man who keeps to a simple life and stays humble. During his years working as minister of state for Okinawa affairs and the Northern Territories, he frequented a ramen restaurant near his office and always sat at a small table even after he rose to a higher post and was accompanied by more aides. Instead of ordering ramen with lots of toppings, he would order a simple dish costing about 200 yen ($1.80).

Yet he does not enjoy widespread public popularity and has been said to lack charisma, despite being backed by the party's veteran politicians. After losing to Suga last year, Kishida has been trying to change his serious and bland image by connecting more to the public, including by letting people know more about his personal life through social media.

"I have three sons. Yesterday my third son turned 20 (the legal drinking age in Japan is 20). How nice for us to drink together," he tweeted in 2020.

He reportedly likes drinking, especially strong liquor like vodka, and has a wine cabinet in his rooms for members of the House of Representatives. 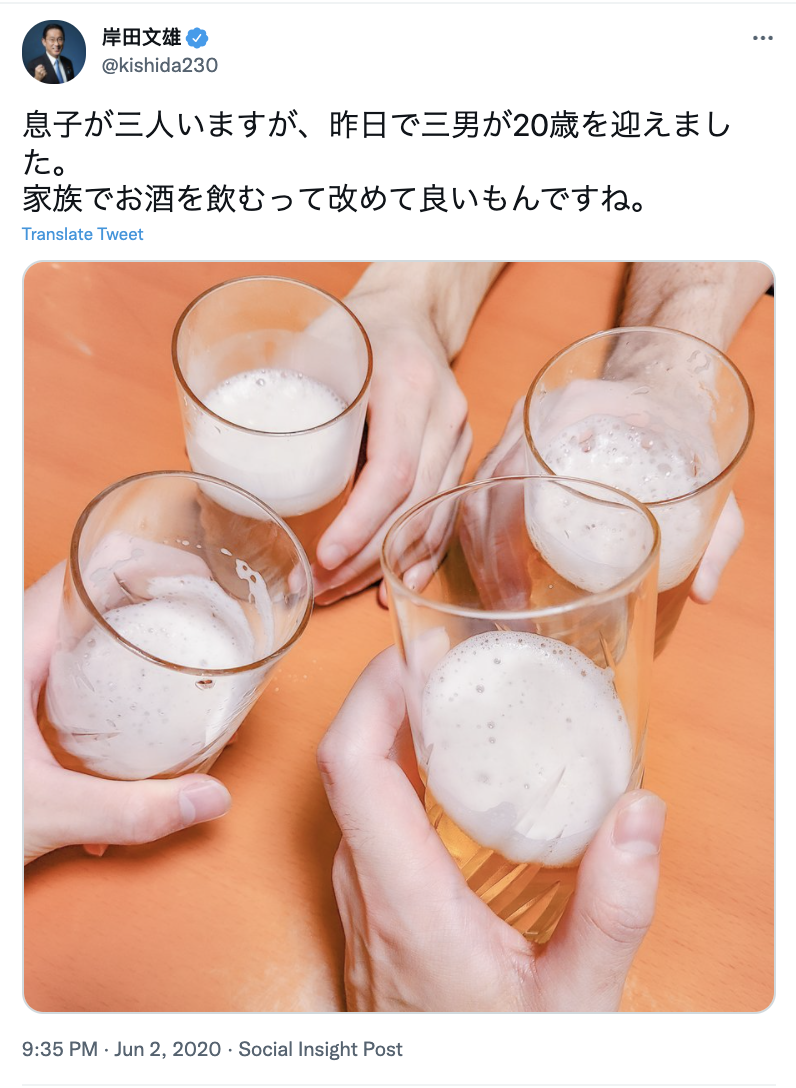 As a Hiroshima native, Kishida has a special love for okonomiyaki, a pan-fried dish with wheat flour batter and cabbage originally from Hiroshima and Osaka. On the day that he won the leadership election, he published a photo of okonomiyaki on Twitter.

"My wife made me a okonomiyaki after I got home. I always eat fast foods and have talked about how I love the okonomiyaki she makes. She is a good cook. But the dish she makes today is too delicious to forget in my life, " wrote Kishida.

"Our PM is interesting. The sauce has expired," one netizen commented. 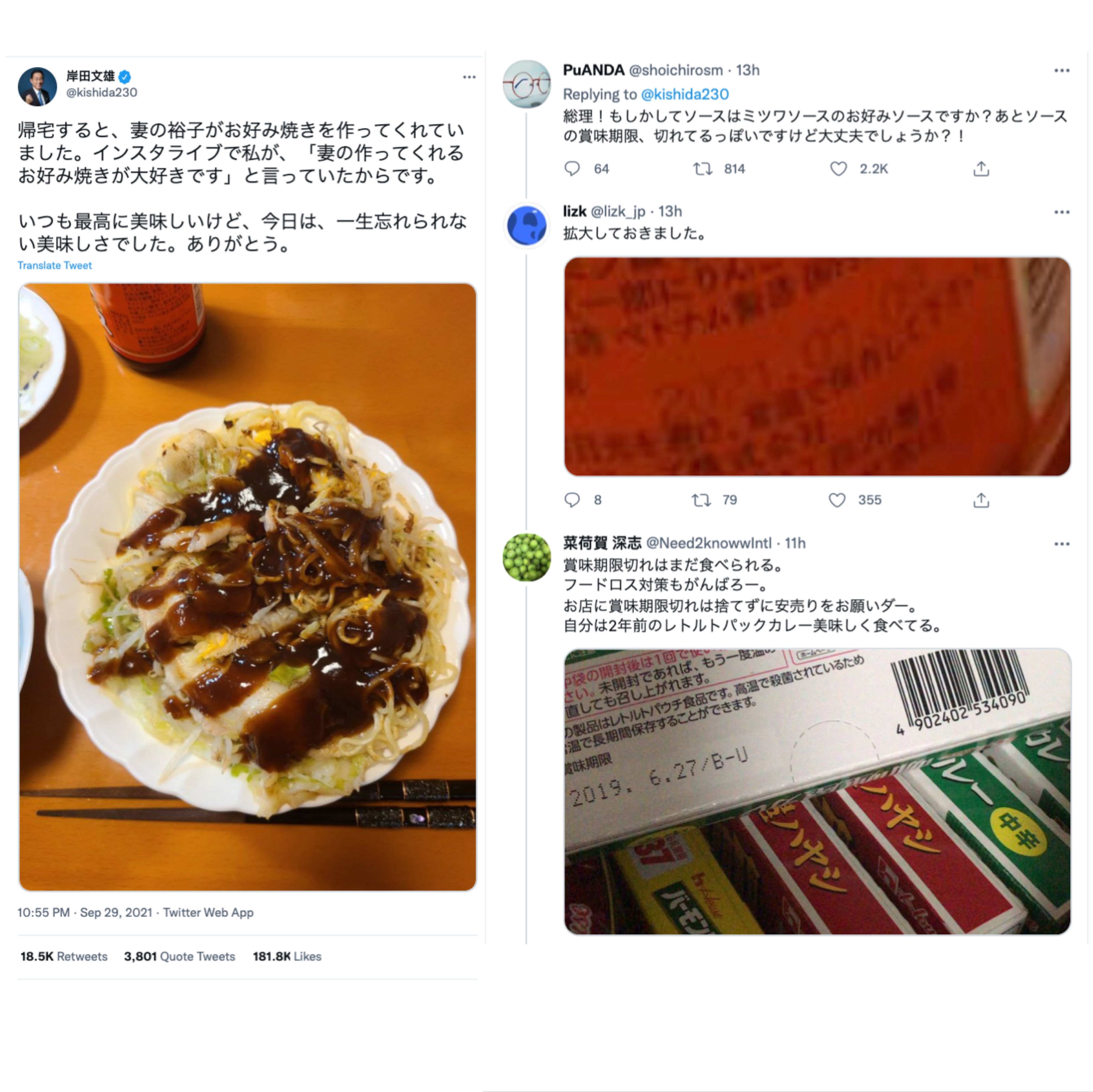 Can he end the 'revolving-door' of prime ministers?

In recent decades, Japanese politics has witnessed the rapid overturn of prime ministers, with most serving only a single term.

In his book Kishida Vision, he wrote that the wealth gap has been widening at home and the divisions between countries have increased abroad, so cooperation is very important today.

Whether Kishida can avoid the prime ministerial "revolving door" largely depends on his tackling of multiple imminent challenges.

Japan lifted its state of emergency regarding COVID-19 last Friday, and restaurants and shops have mostly reopened. But Kishida remains alert and plans to implement tough measures, saying "the government is not providing enough explanations about its coronavirus response, and it is too optimistic in grasping the situation."

Other challenges includes reviving the pandemic-hit economy, increasing the vaccination rate, keeping energy prices affordable, as well as dealing with the relationship with Japan's largest trading partner, China. His first task, to lead the LDP through the upcoming general election, will also determine how long he can keep the position.

"I am determined to make an effort toward making a more open LDP and a bright future for Japan together with you all," he said.