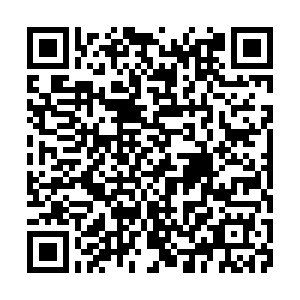 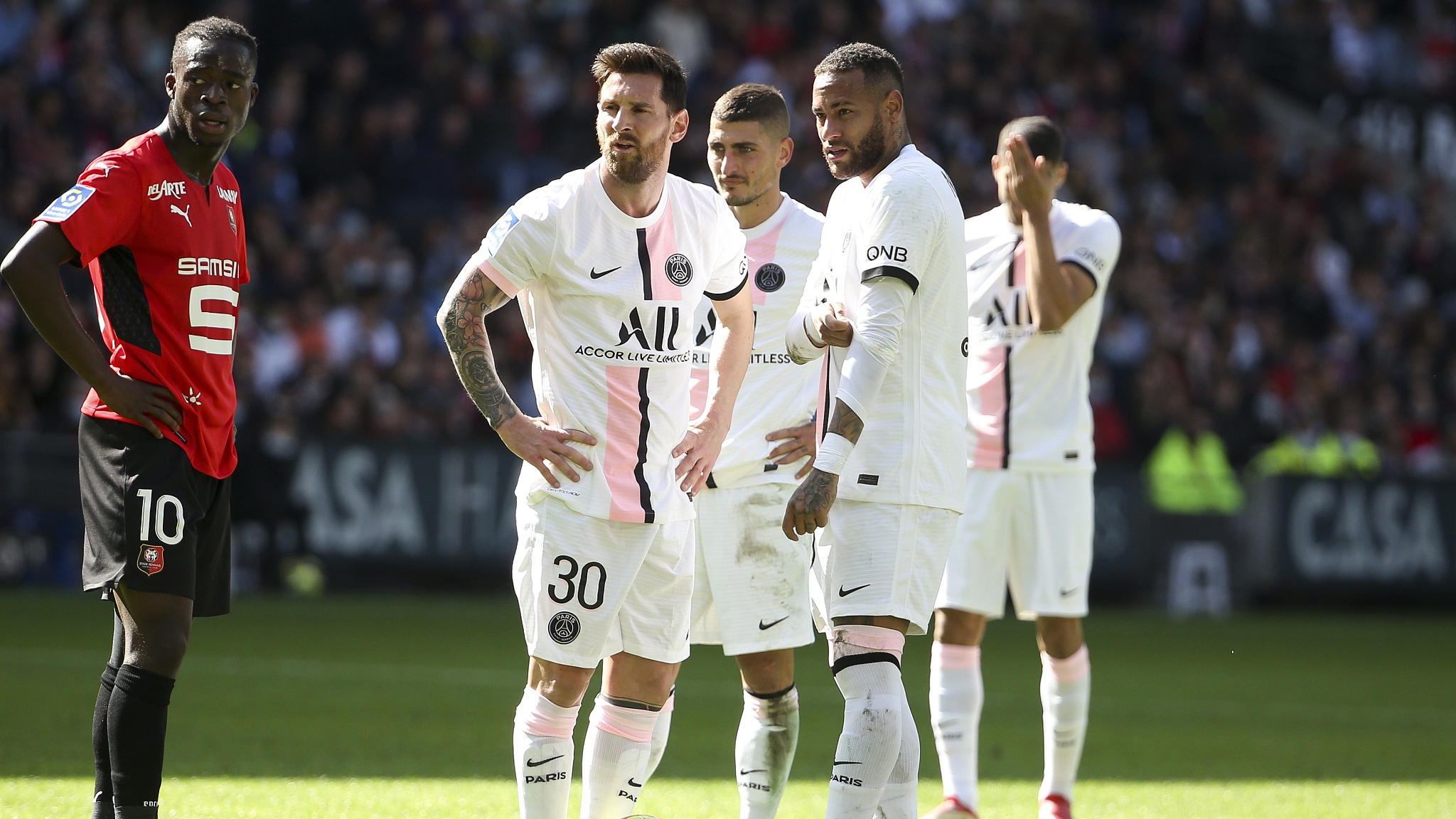 Six-time Ballon d'Or winner Lionel Messi suffered his first defeat as a Paris Saint-Germain player on Sunday as his team's perfect start to the Ligue 1 season ended with a 2-0 loss at Rennes.

Messi smacked the crossbar with a free-kick in the first half at Roazhon Park before Gaetan Laborde volleyed Rennes ahead just before the break with his league-leading sixth goal.

Flavien Tait struck less than 20 seconds after half-time to double the lead, with Kylian Mbappe seeing a goal ruled out for offside as Rennes snapped PSG's eight-match winning run in the league this term.

"We didn't start the match well but then we played the best 25-30 minutes of the season. It's a shame we didn't score. We conceded two goals that were hard to take," said PSG coach Mauricio Pochettino.

PSG lost in the league for the first time since April, when they were beaten 1-0 at home by last season's eventual champions Lille.

"In general, I'm satisfied, we created a lot of chances. Rennes scored with their first and the goal had a big emotional impact," said Pochettino. "I don't like to lose, there's a bit of anger. To go 2-0 down after a good period... We're disappointed not to have finished off what we had. It leaves us a bit bitter and disappointed." 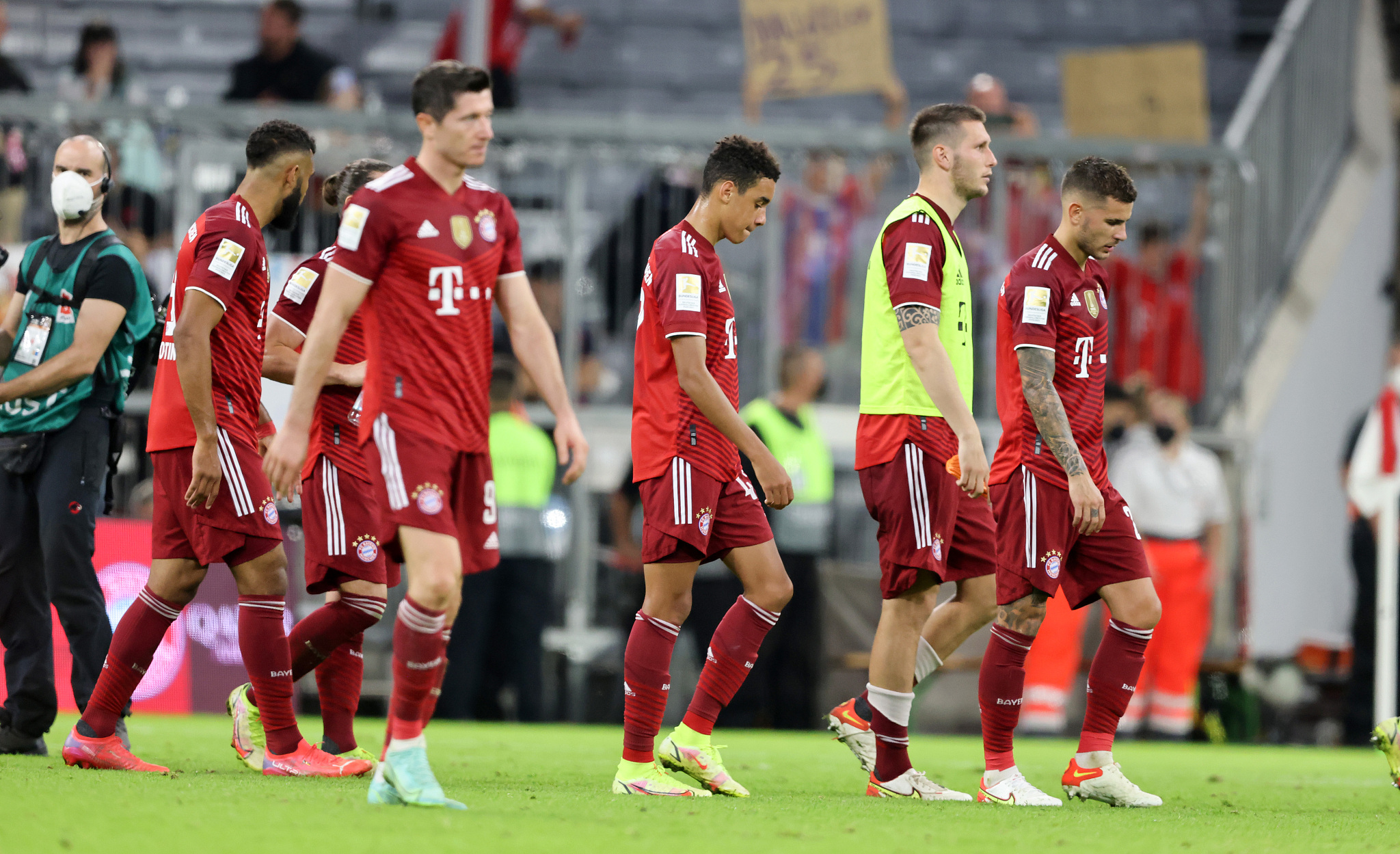 In Germany, Julian Nagelsmann suffered his first defeat as Bayern Munich coach as Eintracht Frankfurt snatched a dramatic, smash-and-grab 2-1 away win with a late winner from Filip Kostic.

Kostic drilled a low shot past Manuel Neuer seven minutes from time to hand Frankfurt their first win in Munich for more than two decades and condemn Bayern to their first defeat of the season.

"It always hurts to lose, but this defeat hurts a bit more because it was avoidable," Nagelsmann told DAZN broadcaster. "We were punished today for not taking our chances."

Bayern recorded 20 shots to Frankfurt's five, but failed to capitalize on a dominant performance as they succumbed to their first league home defeat since 2019.

The slip leaves them level on points with their next opponents Bayer Leverkusen, who beat Arminia Bielefeld 3-0 in Sunday's late game to go second in the table. 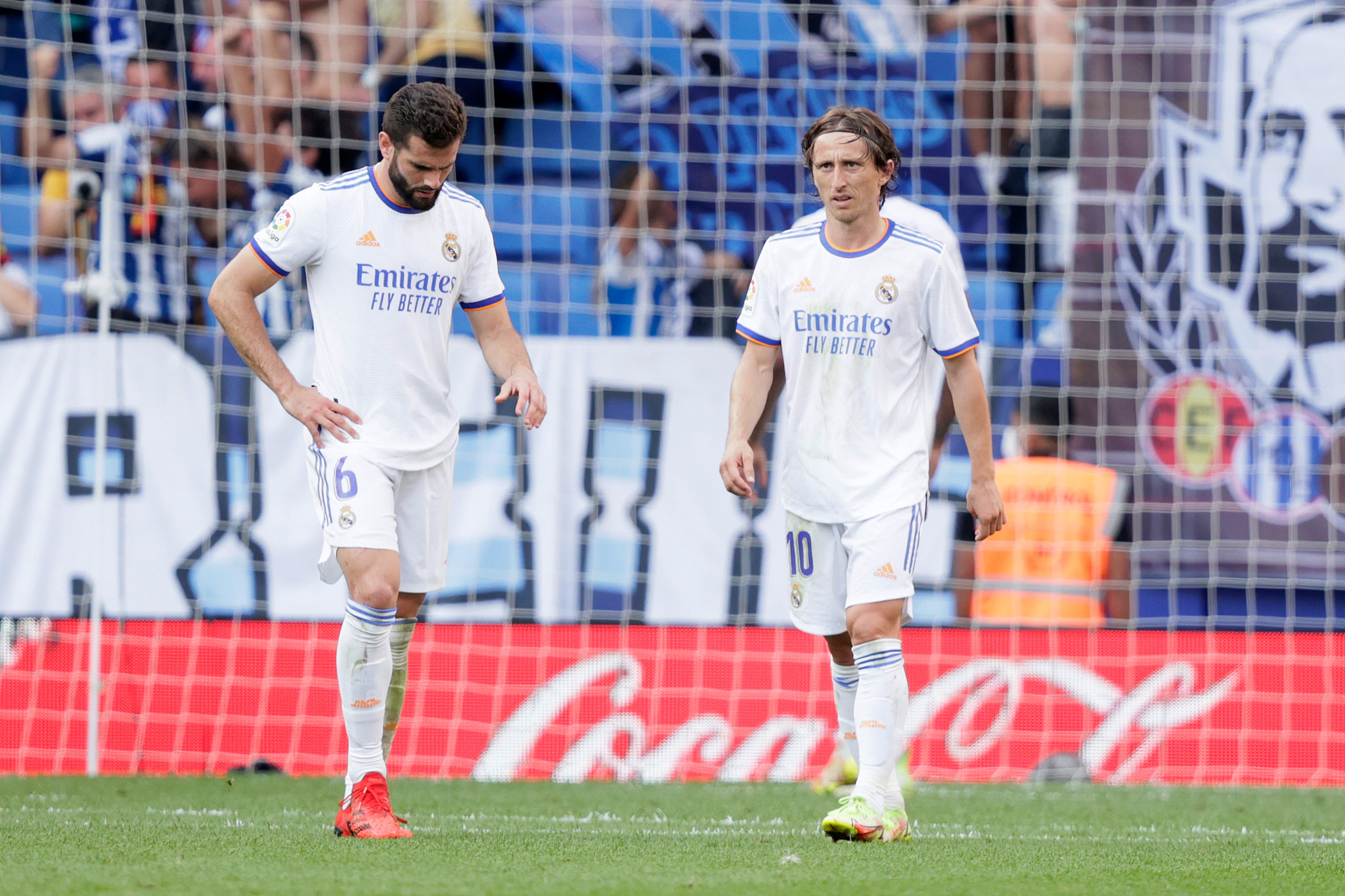 Real Madrid's Nacho Fernandez (L) and Luka Modric in shock after their La Liga loss to Espanyol at the RCDE Stadium in Cornella Spain, October 3, 2021. /CFP

Real Madrid's Nacho Fernandez (L) and Luka Modric in shock after their La Liga loss to Espanyol at the RCDE Stadium in Cornella Spain, October 3, 2021. /CFP

In Spain, Real Madrid slipped to their "worst defeat of the season," according to coach Carlo Ancelotti, following up a shock Champions League reverse with their first Liga loss of the season, going down 2-1 at Espanyol.

Real, who lost to Moldovan minnows Sheriff Tiraspol on Tuesday, blew a chance to pull ahead of Atletico Madrid, who beat crisis-hit Barcelona 2-0 on Saturday to draw level with their city rivals on 17 points.

Real Sociedad are also on 17 points after they too missed the chance to go top when they were held to a 1-1 draw at Getafe on Sunday.

"There is not much to say," admitted a crestfallen Ancelotti after a defeat that leaves Real without a win in three games after they were held to a goalless draw by Villarreal in their previous league match.

"We did not manage to keep our calm, to put in place what we had planned. The team was not well set-up, with or without the ball.

"You have to be honest. It's the worst game of our season."

Espanyol took the lead on 17 minutes at the RCDE Stadium in Catalonia when Raul de Tomas found the net.

Victory for Sociedad would have shunted them to the top of the table, but they had to settle for a point after Mikel Oyarzabal produced a 68th-minute equalizer to cancel out Sandra Ramirez's opener for Getafe five minutes before half-time.

The point was Getafe's first of the season after seven straight losses.