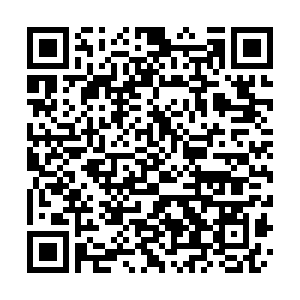 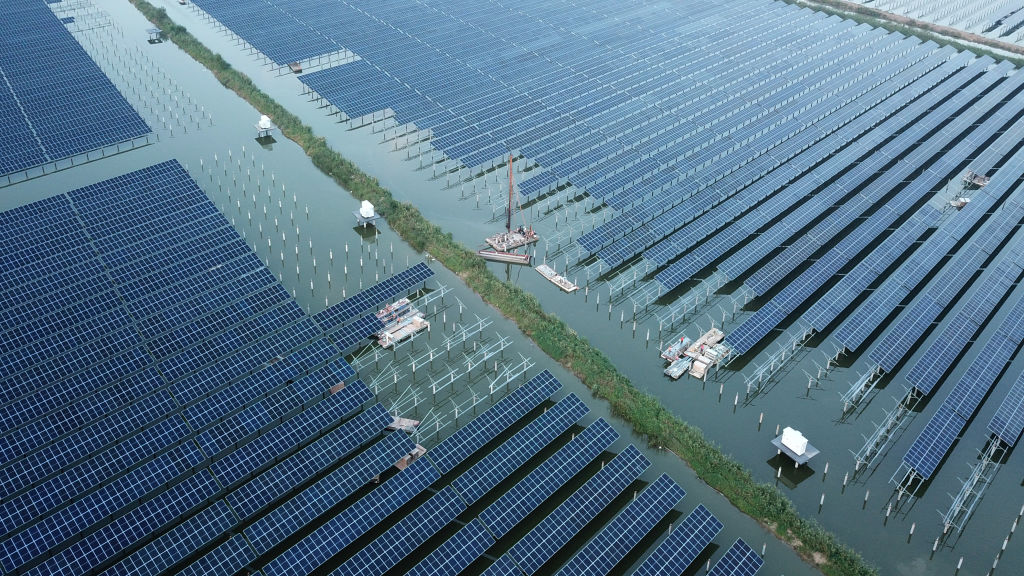 Editor's note: Werner Hoyer is president of the European Investment Bank. John Murton is the United Kingdom's COP26 envoy. The article reflects the authors' opinions and not necessarily the views of CGTN.

The economics of renewable energy have improved beyond recognition. Solar power is now the cheapest form of electricity in history. Over 90 percent of power-generation capacity added around the world last year was in renewables. But to stand a chance of limiting global warming to 1.5 degrees Celsius above pre-industrial levels, the world's energy systems must transform even faster. And that requires governments and public financial institutions to stop supporting fossil fuels and instead emphasize international support for the clean-energy transition.

The science is clear. To meet the 2015 Paris climate agreement's 1.5 degrees Celsius target, the global energy transition needs to progress 4-6 times faster than it currently is. Fossil fuels still supply 84 percent of the world's energy and account for over 75 percent of global emissions. The International Energy Agency's Net Zero by 2050 roadmap shows that global energy systems must be fossil-fuel-free by 2040. Yet since the Paris Agreement was concluded, G20 governments have provided more than three times more public finance for fossil fuels ($77 billion) than for renewables every year.

This year's catastrophic storms, floods and wildfires have shown why we need climate action now, not later. And because future prosperity lies in clean energy investment, there is also a clear economic development case for redoubling our efforts. Wind and solar are now cheaper than new coal and gas power plants in two-thirds of the world. The dramatic cost reduction over the past decade has transformed global energy options, particularly in the very poorest countries, where renewables-based mini grids offer real opportunities to alleviate energy poverty and provide energy access.

Boosting investment in renewables is also vital to creating jobs, driving economic growth and reducing air pollution. According to the International Renewable Energy Agency, deploying renewables at scale could help create 42 million jobs worldwide by 2050. This additional employment will be crucial for delivering a resilient, green recovery from the COVID-19 pandemic, especially in countries with young, fast-growing populations.

But, of course, jobs will also disappear as we abandon fossil fuels. We therefore must take steps to ensure that every community benefits from the transition. This will require carefully designed policies to support a managed shift away from older forms of energy generation. Global solidarity will be critical. We must do much more to provide everyone with the necessary technologies, expertise, investment support and financial strategies. 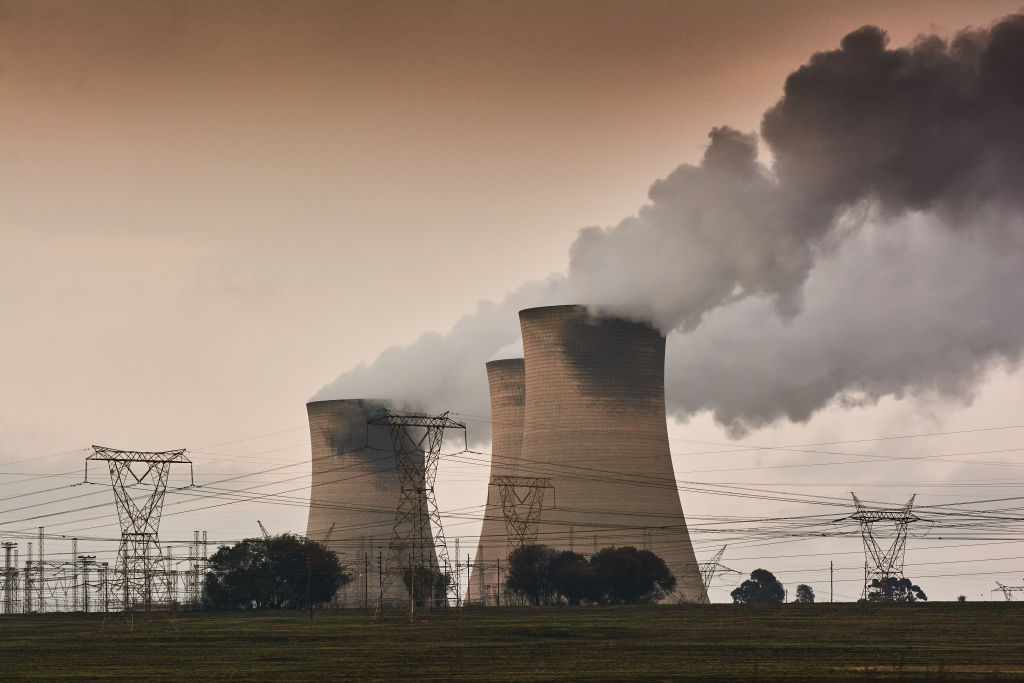 Fortunately, we already have solutions to the problem. At the United Nations Climate Change Conference (COP26) in Glasgow in November, governments and financial institutions must commit to supporting cheaper, cleaner, no-regrets energy and to ending all international support for fossil-fuel-based power. This should not be too difficult, given that many legacy energy investments will inevitably become stranded assets.

We are already starting to see significant progress in this direction. In May, G7 member states committed to cease all of their international financing for coal projects by the end of 2021, and to "phase out new direct government support for carbon-intensive international fossil fuel energy." Moreover, South Korea, Japan and now China – the world's largest providers of international coal financing – have also agreed to stop funding coal projects overseas.

Equally important, more than 85 countries (plus the European Union) have submitted updated national climate pledges, as outlined in the Paris Agreement. These show a clear trend toward higher renewable energy use and lower reliance on fossil fuels by 2030. But many of these countries will need substantial technical and financial support to hit their targets.

The United Kingdom and the European Investment Bank (EIB) have both committed to making international support for the clean-energy transition a high priority. In 2019, the EIB became the first multilateral bank to announce an end to all financing for fossil-fuel energy projects (by 2021). The bank has been increasing its investments in clean energy, including in developing countries to support their transition. In Kenya, EIB investments have helped build the largest wind farm in Africa, providing clean and affordable energy to the region.

Similarly, in March, the UK government put an immediate end to new public support for overseas international fossil-fuel energy projects, fully shifting investment into renewables. This decision has already started to unlock significant opportunities, building on existing support for clean energy provided by the country's export credit agency, UK Export Finance. This includes over £140 million ($189 million) of financing for UK exports to Ghana, which will help Ghana pursue major national infrastructure projects, including an initiative for solar-powered clean water that will reach more than 225,000 people.

We now must build on this momentum to ensure that COP26 is a success. More commitments are needed to align international public support fully with the Paris goals. We can achieve the necessary solidarity by bringing governments and public-finance institutions together behind a joint statement proclaiming support for clean energy and a phase-out of fossil fuels.

We invite governments and public-finance leaders to join us in supporting this statement. The cost of climate inaction would be catastrophic. We have reached a critical juncture for our planet. COP26 must be remembered as the moment when we took decisive action to safeguard our shared future.