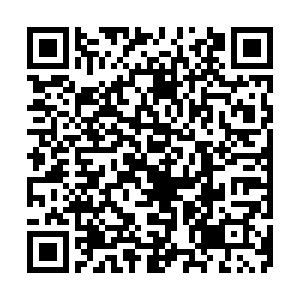 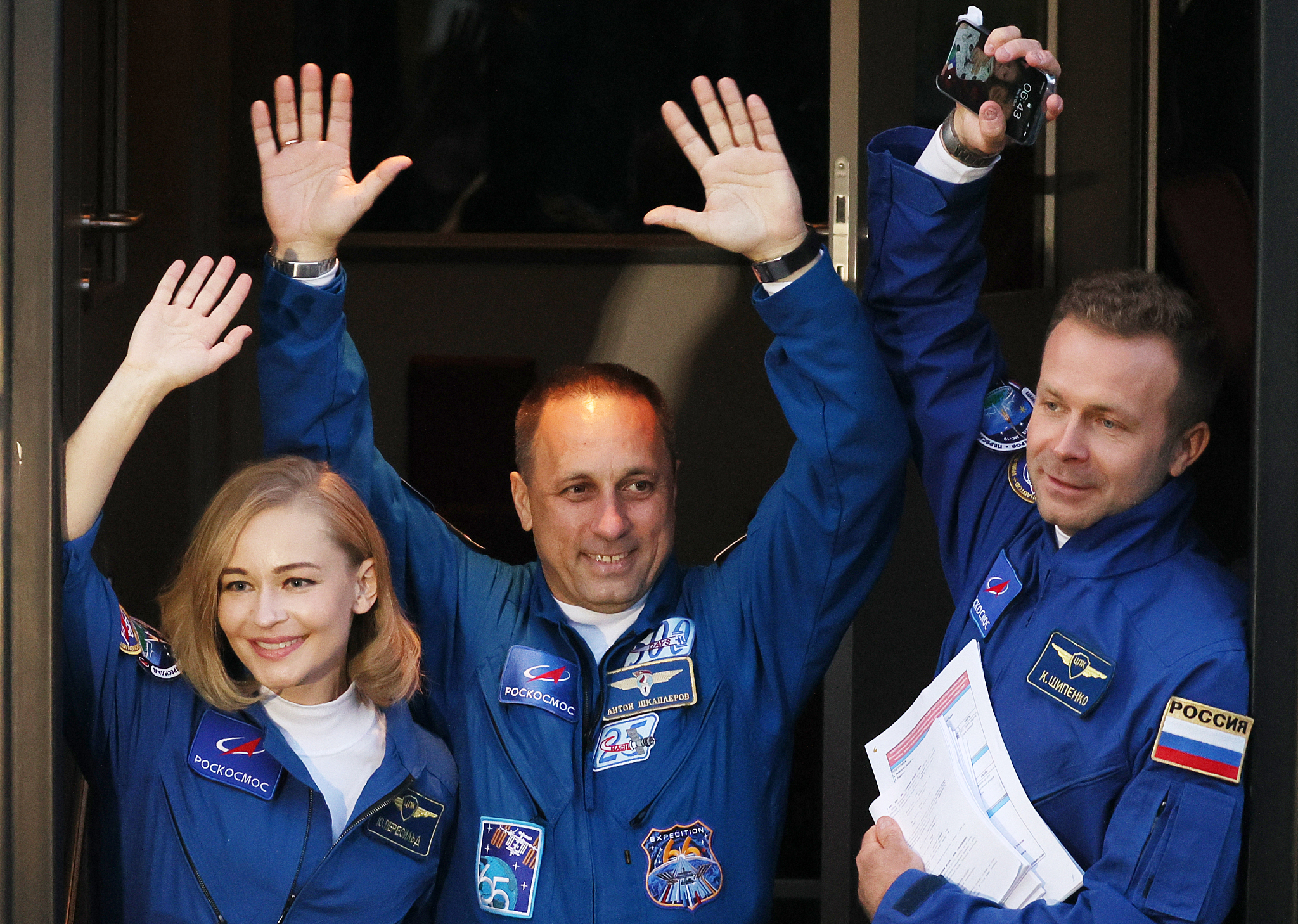 Russia has sent an actress and film director into space on Tuesday in a historic bid to beat the United States by filming the world's first movie in space.

Led by veteran cosmonaut Anton Shkaplerov, actress Yulia Peresild, 37 and film director Klim Shipenko, 38, took off from the Baikonur Cosmodrome at the expected time of 0855 GMT.

After switching to manual control, the spacecraft docked at the International Space Station (ISS) around 10 minutes behind schedule at 1222 GMT.

The actress and director will stay on a 12-day mission at ISS to film scenes for "The Challenge," which tells a story of a doctor, portrayed by Peresild, who is asked to travel to the space station to save a cosmonaut's life. 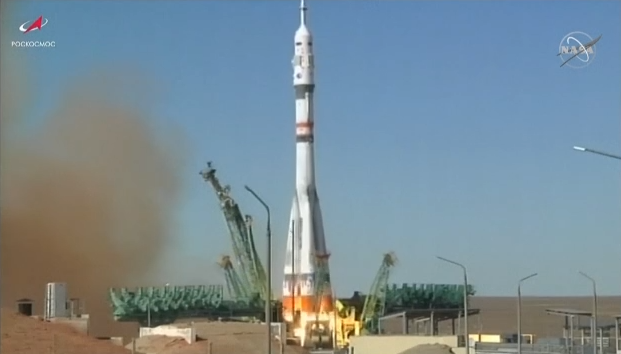 Peresild, selected out of 3,000 candidates for the role, admitted during a news conference on Monday that it was challenging for her to adapt to the training's strict discipline and rigorous demands.

"It was psychologically, physically and morally hard," she said. "But I think that once we achieve the goal, all that will seem not so difficult and we will remember it with a smile."

Shipenko said it is still too early to tell if the movie will be a success. "Of course, we couldn't make many things at the first try, and sometimes even at a third attempt, but it's normal," he said.

Cosmonaut crew members are also set to appear in the film.

After the mission, Shkaplerov will stay in the ISS, and cosmonaut Oleg Novitsky will return to Earth with Peresild and Shipenko instead.

If successful, the mission will add to a long list of firsts for Russia's space industry. The Soviets launched the first satellite Sputnik and sent the first animal, a dog named Laika, the first man, Yuri Gagarin, and the first woman, Valentina Tereshkova, into orbit.

U.S. space agency NASA, who broadcast Tuesday's launch, said the project will mark the expansion of commercial space opportunities to include feature filmmaking.

A similar film project from Hollywood was announced last year by star Tom Cruise with NASA and SpaceX.