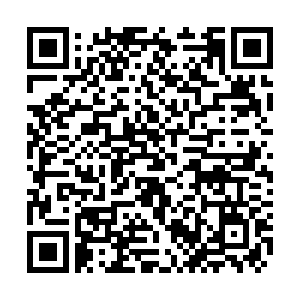 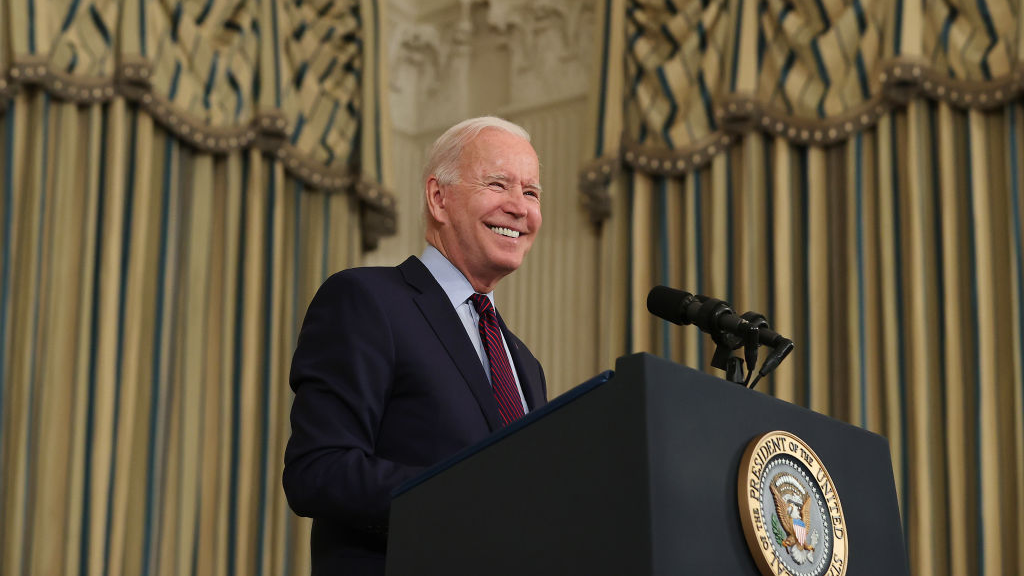 U.S. President Joe Biden delivers remarks about the need for Congress to raise the debt limit in the State Dining Room at the White House in Washington, D.C., October 4, 2021. /Getty

U.S. President Joe Biden delivers remarks about the need for Congress to raise the debt limit in the State Dining Room at the White House in Washington, D.C., October 4, 2021. /Getty

Due to the latest showdown in Congress, the U.S. was once again threatened by a government shutdown. While a last-minute agreement bought time, it was the latest display of how compromises in Washington have become almost impossible. Moreover, it is also a testament that President Joe Biden might have been rather naive in believing he could indeed reunite politics and work with Democrats and Republicans alike.

President Biden entered office with great expectations. After four years of chaos under Donald Trump's administration, he sought to heal and unite the country politically and socially, asserting "America is back."

After almost eight months in office, however, most people agree that the furious comeback promised by Biden has been a non-starter. At best, the situation has stagnated. However, one could even argue that the still sluggish vaccination quota, the continuous division and the chaotic withdrawal from Afghanistan were detrimental to an already shaky status quo.

The latter also reflects in the president's approval ratings. Currently, 45 percent of Americans approve of Biden's work, with 48.7 percent disapproving. To put these figures into a historical context, since the approval ratings were first measured under President Harry S. Truman, Biden's approval ratings after 255 days in office only surpasses two of his thirteen predecessors, namely Jimmy Carter and Donald Trump.

The near shutdown the previous week would have been the third in just three years. From 1980 to 1990, the U.S. government endured nine shutdowns, which, altogether, lasted 18 days in total. Since the Newt Gingrich era in the mid-90s, considered the start of Congress' paralysis due to partisan hackery, there have also been five shutdowns to date. The primary difference: these lasted 90 days. More than half of these occurred in the last seven years alone.

It is a worrisome trend, as, without bipartisan agreements, Congress will only inadequately exercise its budget sovereignty and thus its most elementary task.

This "game of chicken" – whoever gives in first loses – continues to hurt America. It results from a system where the country finds itself in a non-stop cycle of elections, where one cannot allow the counterpart any success. 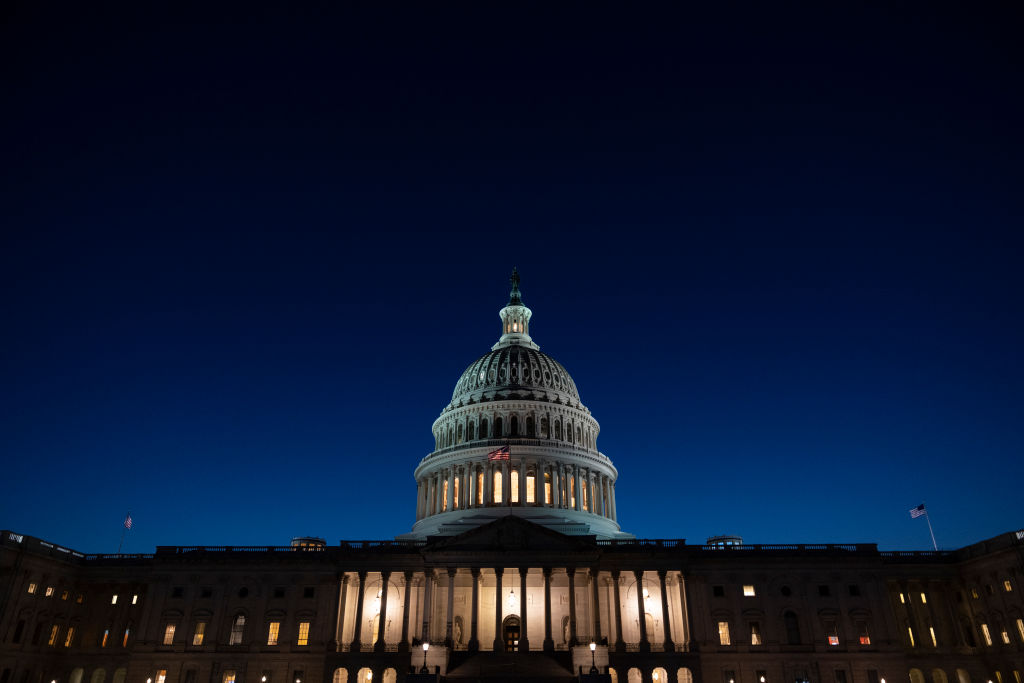 A view of the U.S. Capitol, Congress avoided a partial federal government shutdown by passing an extension of the current budget in Washington, D.C., September 30, 2021. /Getty

A view of the U.S. Capitol, Congress avoided a partial federal government shutdown by passing an extension of the current budget in Washington, D.C., September 30, 2021. /Getty

However, no coherent policy can be made for the country if partisanship is the overarching modus operandi. Moreover, Democrats as well as Republicans know from decades of experience that in the end, it is not the other party that suffers but rather politics in general, as people will increasingly turn away from the political decision-making process, e.g. voting. Currently, Congress's approval rating stands at only around 17 percent, and the past few days have once again shown why.

Particularly since the last-minute agreement that prevented the shutdown was only a temporary fix, which only ensures the financing of all government tasks only until December 3. Then the game starts all over again.

Against the background of this deep divide, it is all the more remarkable that Biden succeeded in putting together an infrastructure package passed by the Senate in August despite its cost of $1 trillion.

Passing this package through the House would easily be Biden's key success in a critical phase of his still short term in office. After all, neither Barack Obama nor Donald Trump managed to obtain the necessary votes across partisan lines for a key issue.

However, Democrats made a potentially fatal mistake by linking the bill with another package of legislative plans and thus an extensive expansion of the welfare state. With this, Biden primarily sought to please the party's progressive wing, namely Bernie Sanders, the junior senator from Vermont, and Alexandria Ocasio-Cortez, the representative for New York's 14th congressional district.

However, the costs of $3.5 trillion are simply too high – even for moderate Democrats. Nonetheless, the progressive wing has made the bill its sine qua non, initiating a deep rift within the Democratic Party with no agreement in sight. It will add a new layer onto Congress' paralysis once compromises are no longer possible within a party and are combatted and pushed through at all costs.

In this case, the costs are both packages potentially failing and Biden's domestic political agenda finding itself in ruins in his first year in office, already.

Even if Biden managed to do the impossible, mediate between progressives and moderates, and tame the last remaining Republicans, the increase in partisanship, which one might think reached its apogee under Trump, contradicts the image of a smoothly functioning government and cooperation across party lines that Biden promised.