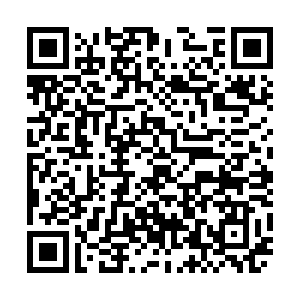 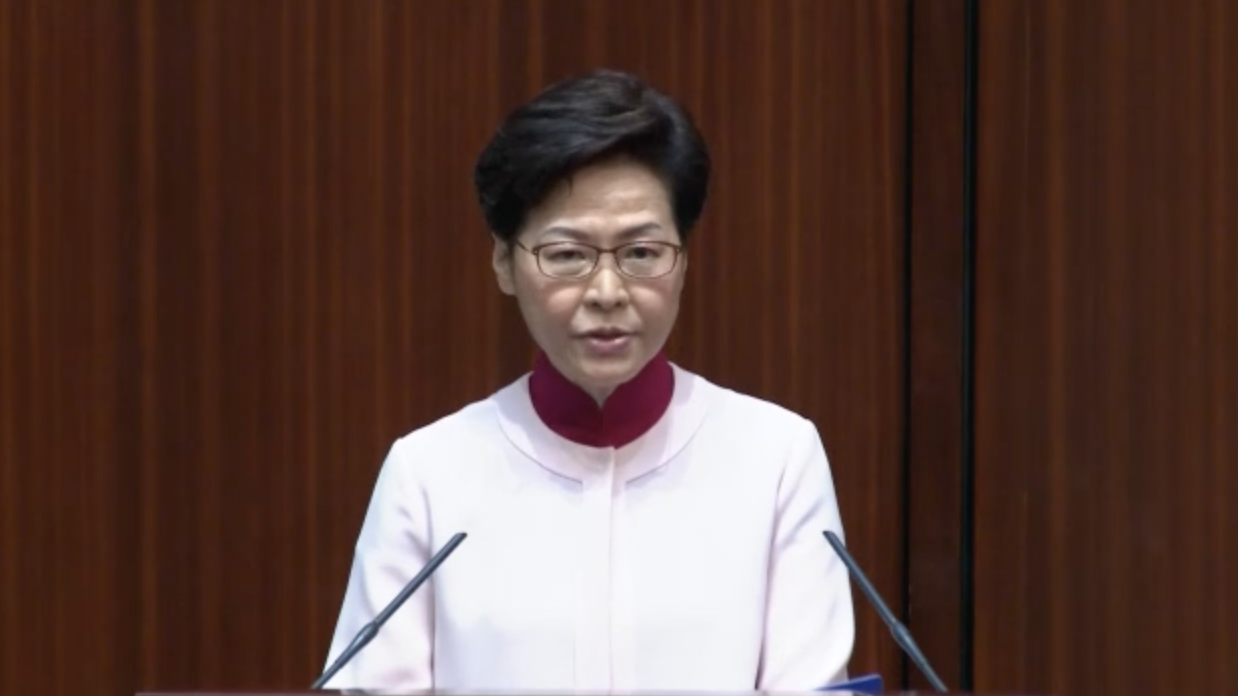 "Hong Kong has returned to the right path of the 'One Country, Two Systems' principle," Lam said during her 2021 policy address at a Legislative Council meeting in an apparent reference to the months-long social unrest that broke out in mid-2019. "But we shall bear in mind that this situation is not easy to achieve."

"Hongkongers need to understand One Country, Two Systems more, and be proud of their Chinese identity."

The address marks the fifth of its kind since Lam took office in July 2017.

According to Lam, officials from different departments will continue to look into safeguarding national security via new legislation. They will strengthen their work on the prevention of terrorist activities, she said.

She pointed out that the government will further implement ways to raise national security awareness among Hong Kong residents.

A temporary civil service academy will be established soon, while a permanent one will be set up in Kwun Tong, she added.

She also called on the relevant departments to strengthen public education on the city's laws.

Lam revealed that she had told the education minister that she could offer a personal lesson to teachers to give them "a better grasp of the constitutional status, powers and functions" of the Chief Executive under the One Country, Two Systems principle.

Only by leveraging the central government's favorable policies can Hong Kong give full play to its unique strengths, which will in turn bring continuous impetus to its economy, Lam pointed out on Wednesday.

When delivering her policy address, the chief executive said Hong Kong has evolved from an obscure fishing port to an international financial, trade and transportation center today, and Hong Kong's economy has always been closely intertwined with the development of the country.

The implementation of the national security law in the HKSAR and the improvements to Hong Kong's electoral system have restored safety and stability in society, and Hong Kong is now ready again for a new start for economic development, Lam noted.

She said the central government's policies, including the 14th Five-Year Plan (2021-2025) for National Economic and Social Development, the outline development plan for the Guangdong-Hong Kong-Macao Greater Bay Area, the plan for comprehensively deepening the reform and opening-up of the Shenzhen-Hong Kong modern service industry cooperation zone in Qianhai, "have brought unlimited opportunities for enterprises and professional services providers in Hong Kong, thereby allowing Hong Kong to benefit from its proximity to the mainland."

Lam also unveiled an array of new measures to reinforce Hong Kong's status as a global financial hub, including improving the listing regime of the stock market and facilitating the cross-boundary flow of renminbi.

"Despite unprecedented challenges in the past two years, our financial system has remained stable and business has been vibrant," Lam said

Efforts will be made to expand the channels for the two-way flow of cross-boundary renminbi funds and developing offshore renminbi products and tools, Lam said, citing measures to improve the demand for issuance and trading of renminbi securities and to allow stocks traded via the southbound trading under Stock Connect to be denominated in renminbi.

The HKSAR government will support the HKEX in promoting cooperation with the Guangzhou Futures Exchange in financial product development related to carbon emission trading, Lam said, expecting a stronger role of Hong Kong as a regional green and sustainable finance hub.

Hong Kong will also explore with the mainland the formation of a one-stop sandbox network to facilitate financial institutions and information and technology companies from Guangdong, Hong Kong and Macao to test cross-border fintech applications, she added.

The government is expected to formulate a detailed re-organization report in the coming months, Lam said.

The proposal included the setting up of a Culture, Sports and Tourism Bureau to develop Hong Kong into an East-meets-West center for international cultural exchange, the splitting of the Transport and Housing Bureau to enhance Hong Kong's status as an international transportation center and aviation hub, according to the policy address.

In order to expedite Hong Kong's land supply for housing, the room to rationalize the work of the Housing Bureau upon the split and the Development Bureau, which is responsible for land development and public works, will also be explored, Lam said.

Lam looks forward to more patriots with high administrative capabilities joining in the governance of the HKSAR, as Hong Kong is in need of a patriotic, professional and highly efficient governing team after the improvement of the electoral system.

The chief executive also hopes that the new-term Legislative Council, upon its formation, will start discussion on the re-organization immediately

Hong Kong will develop its northern part to provide massive land and better integrate itself into the overall development of the country, according to the annual policy address.

The northern part of Hong Kong is expected to be developed into a metropolitan area ideal for people to live, work and travel, Lam said, noting that more land resources should be created for residential use and the development of industries.

With an area of 300 square kilometers, the proposed metropolis covers from the west to the east the Shenzhen-Hong Kong Boundary Control Points Economic Belt, as well as the deeper hinterlands.

At present, a number of development projects planned or under planning in the northern metropolis are estimated to provide about 350,000 residential units. An additional 600 hectares of land or so could be developed within the area for residential and industry purposes, with an estimated provision of about 165,000 to 186,000 residential units, according to the policy address.

The total number of jobs in the metropolis will increase substantially from 116,000 at present to about 650,000, including 150,000 innovation and technology industry-related jobs, Lam said.

"All these will help us better respond to the new opportunities brought about by deepened co-operation between Hong Kong and Shenzhen," Lam added.